Vince Carter Has This Money Advice for NBA Rookies (Plus, 5 NBA Players Who Went Broke) 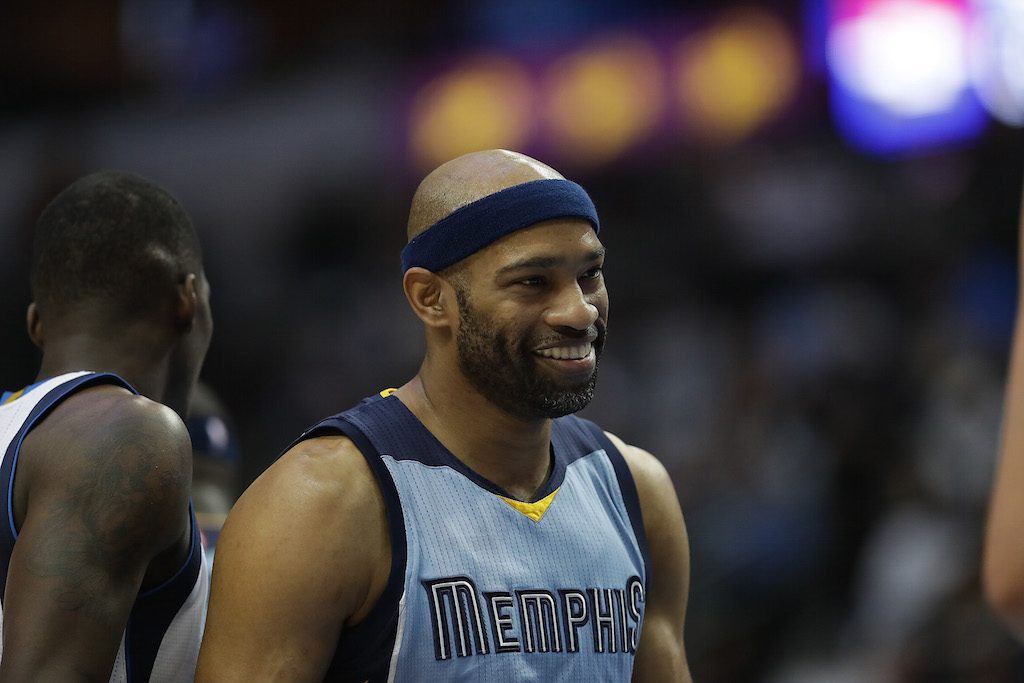 Getting drafted by the NBA is life-changing, but if players aren’t careful, they can squander their opportunity. That’s what Vince Carter of the Sacramento Kings told For the Win in June 2018.

Carter, who was drafted in 1998, talked about what he’d learned over his 20-year career and shared some advice to this year’s rookies. Playing in the NBA is a job, he said, and it’s important to treat it like one. Here’s what he had to say:

These guys are about to walk into a great opportunity. A lot of money and once their name is called they change the lives of not only themselves but those of their families as well. They have a tough responsibility as far as that too. Their duty is as an NBA player now and this is your job and getting the family to understand that this is your job, not that you’ve made it.

Carter also had this advice:

With projected rookie salaries for first-round draft picks in the tens of millions of dollars, reminding people to watch their spending and save for the future might seem unnecessary. But given the number of players that eventually bottom out financially, Carter’s advice is pretty on point.

Sixty percent of NBA players are broke within five years of retirement, a 2009 Sports Illustrated report found. Players may not be financially savvy, and are also easy marks for unscrupulous people who want to take advantage of their wealth, SI noted.

The list of bankrupt NBA players is a long one, but here are a few of the more notable names:

Antoine Walker: Walker earned $108 million during his NBA career, according to The Sportster, but lost it all after buying a ton of expensive cars and supporting more than 70 friends and family. Eventually, he filed for bankruptcy. Now, the once-broke star works with Morgan Stanley Global Sports and Entertainment to help other athletes avoid financial ruin, according to USA Today.

Scottie Pippen: Bleacher Report once named Scottie Pippen one of the most financially irresponsible players in NBA history. The former Chicago Bulls player managed to run through $120 million, mostly through poor investment decisions, though the $4 million he dropped on a private jet didn’t help matters.

Eddy Curry: Curry, who was drafted at 18, never lived up to his potential as an NBA player. Personal problems off the court just made things worse. At one point, Curry defaulted on a $570,000 loan that carried a staggering interest rate of 85%. He also lost his Chicago-area mansion to foreclosure in 2012. Clearly, some financial education might have been useful.

Jason Caffey: In the late 1990s, Caffey won two championship rings with the Chicago Bulls. Over his eight years in the league, he earned $35 million. But by 2007, he was broke. That year, he filed for bankruptcy after being arrested for nonpayment of child support. He had 10 children by eight different women.

David Harrison: Harrison didn’t enjoy the eye-popping earnings that some NBA players do, but you’d think $4.4 million he made playing for the Indiana Pacers for four years would be enough to set him up for a comfortable, if not lavish, future. But Harrison found it hard to earn a living after he left the NBA, especially because he lacked a college degree. In 2013, he even had a brief stint working at McDonald’s, though by 2015, he was making money by trading stocks.