Volcanoes Come with a Staggering Price Tag: Here’s How Much Money Hawaii Has Lost

There’s a reason the U.S. allocates so much money toward volcano monitoring. America is home to 169 hazardous volcanoes poised to erupt at any minute. When Hawaii’s Kilauea volcano began spewing hot lava on the Big Island in May, the state sprung into response mode. Little did they know the volcano would continue to threaten resides with two months’ worth (so far) of relentless eruptions and devastating lava flows.

This volcanic eruption is no small matter, as Kilauea is quickly becoming a very costly natural disaster. The money toll keeps climbing as hundreds of homes are destroyed and lives are put in danger. Follow along to see just how much money Hawaii has lost as a result of this volcano. 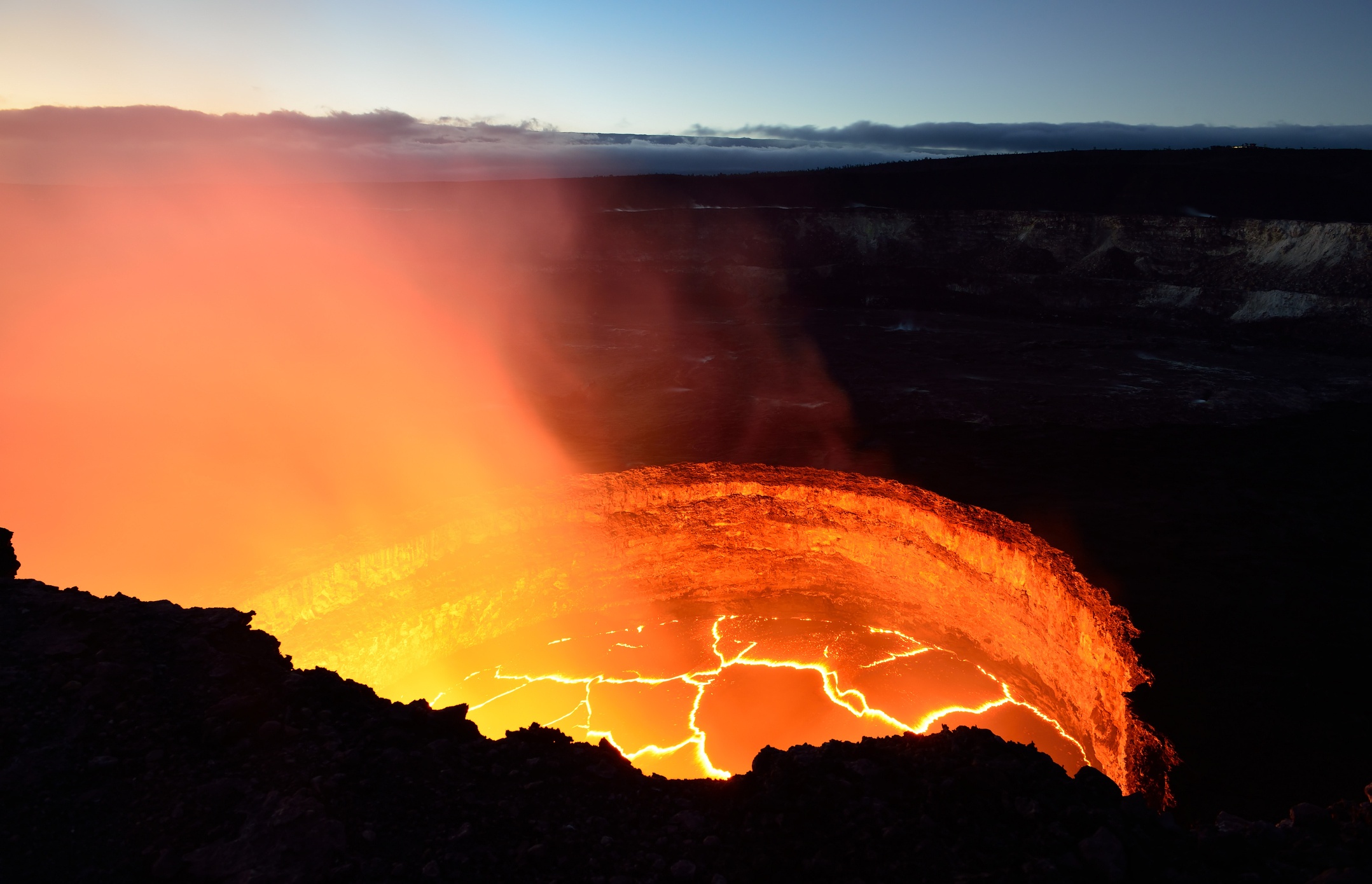 Volcanic eruptions may seem cool from a scientific perspective, or even from a tourist watch tower positioned a safe distance away from the crater. But, historically, eruptions cost the government and residents hundreds of millions in lost revenue and repair. The 1980 Mount St. Helens eruption cost Washington roughly $363 million in clean-up and almost $1 billion in lost revenue overall. When lava flows from Kilauea first obliterated 3,000 acres of land and crops in 1955, the state lost more than $1.8 million (1955 dollars) when considering the damage done to livestock, buildings, and the sugar and molasses crop.

Now, in 2018, Kilauea has erupted again. Only this time, the disruption is much, much worse.

Next: The situation in Hawaii just keeps getting worse.

The scary situation happening in Hawaii 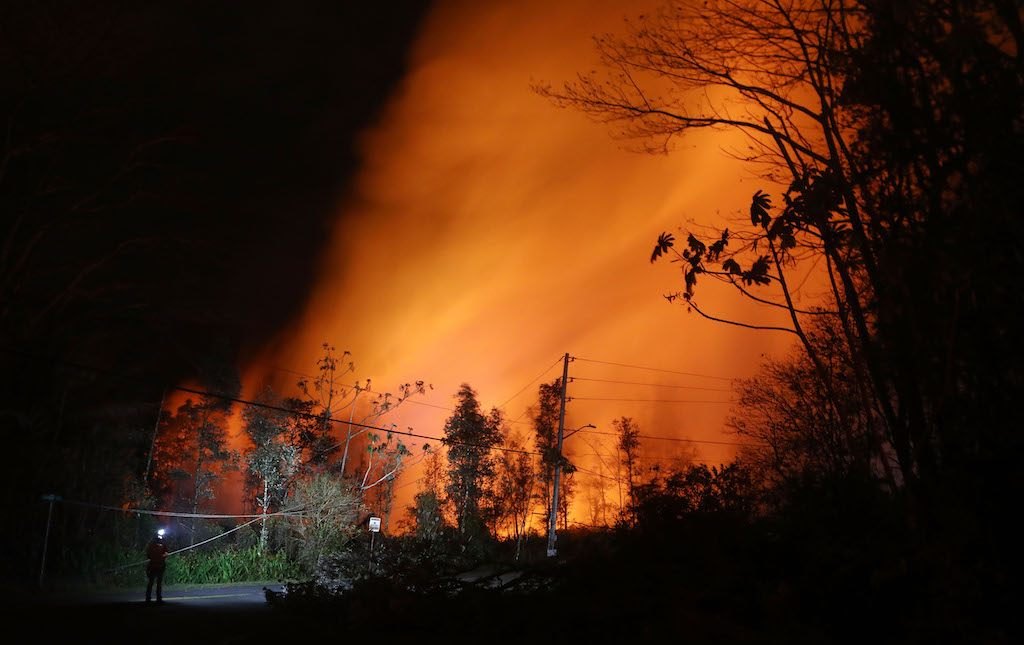 The eruptions have been going on for an uncomfortably long time. | Mario Tama/Getty Images

Though scientists have had their eye on the Kilauea volcano for months, it finally erupted in May, gushing lava, ash, and toxic gas on residents. The aftermath has triggered countless earthquakes — some reaching dangerous magnitudes of 5.5 — opening deadly volcanic fissure cracks that have swallowed homes and vehicles.

Since then, the Kilauea summit has erupted without warning, engulfing a big part of the eastern area of Big Island, Hawaii’s largest island. Hundreds of people in Kilauea’s path have been evacuated as their homes burned and they lost everything. Recently, the lava reached Hawaii’s largest freshwater lake, Green Lake, and literally boiled away the water in a matter of hours.

Next: Leaving a path of desolation and destruction

Homes are leveled, and air quality is sinking 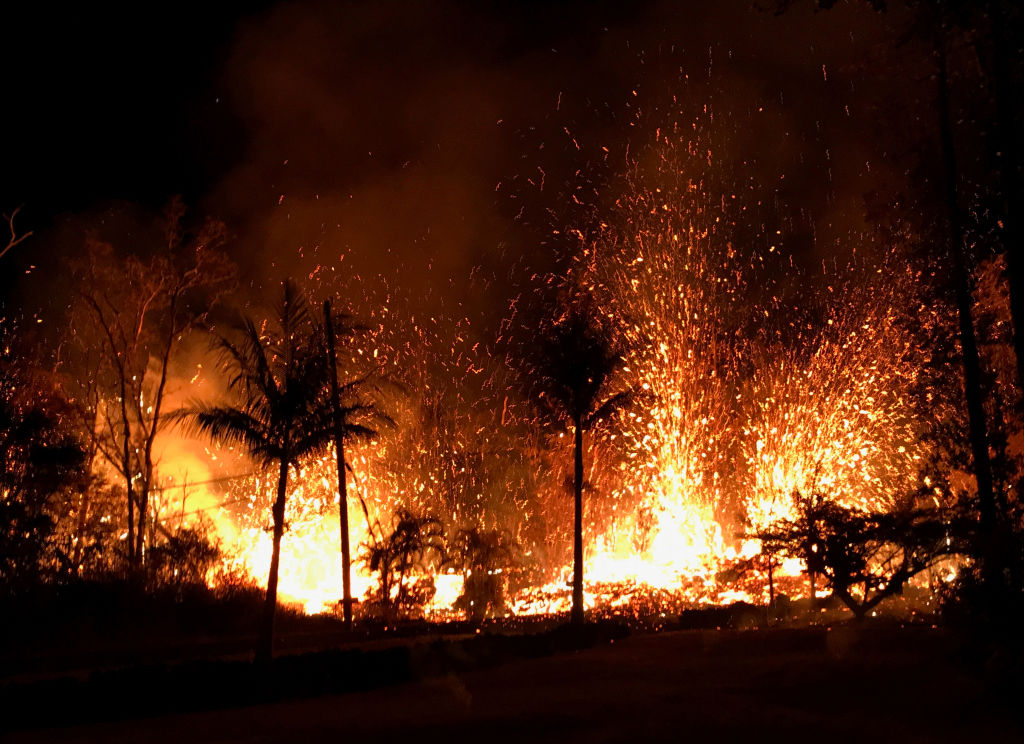 Kilauea’s tirade through Big Island neighborhoods has covered more than 5,000 acres and demolished up to 700 homes. Among those destroyed is the home of Hawai’I County Mayor Harry Kim. While total property damage can’t be accurately assessed until lava stops flowing, it’s now making its way toward the ocean, where lava has covered and created nearly 200 acres of new land near Kapoho Bay.

Next: Residents running from toxic gas

There’s a serious health threat, too 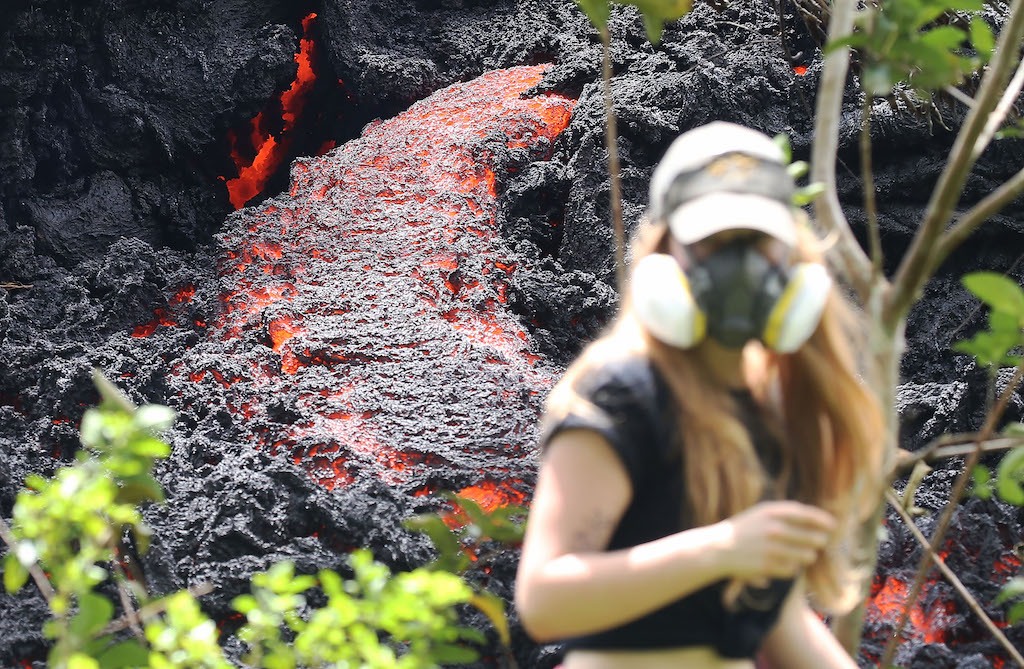 Gasses from the volcano are dangerous. | Mario Tama/Getty Images

An economic setback is likely, but officials worry about an emerging health threat, as well. Kilauea is blowing smoke containing lightweight volcanic glass and sulfur dioxide gas that can irritate skin and eyes and be dangerous to lungs. Paper face mask filters commonly available to residents don’t stand a chance against the gas, so health officials are evacuating people most at risk while also banning journalists from areas where lava is most active.

Next: Economic repercussions are worse 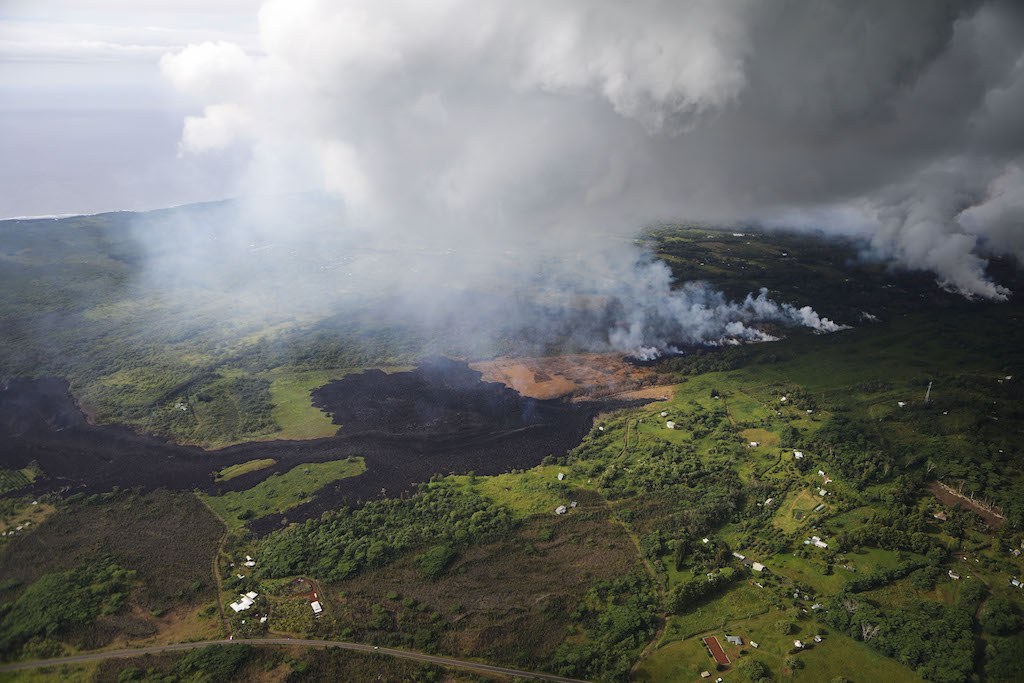 The hotels and authorities’ attempts at reassuring guest safety on the Big Island are failing. Continuing eruptions are forcing visitors and tour operators to go elsewhere with their high-paying tenants. Cruise lines are skipping their standard calls into Hilo and Kailua-Kona, opting either remain at sea for longer or send their passengers to neighboring islands like Maui instead.

The Hawaii Visitors Bureau notes that lodging and tour bookings are down 50% for May to July, which is bound to have a lasting effect on the state’s economy. Analysts are already putting some loss estimates together, and the numbers aren’t pretty.

Next: How much Hawaii money stands to lose 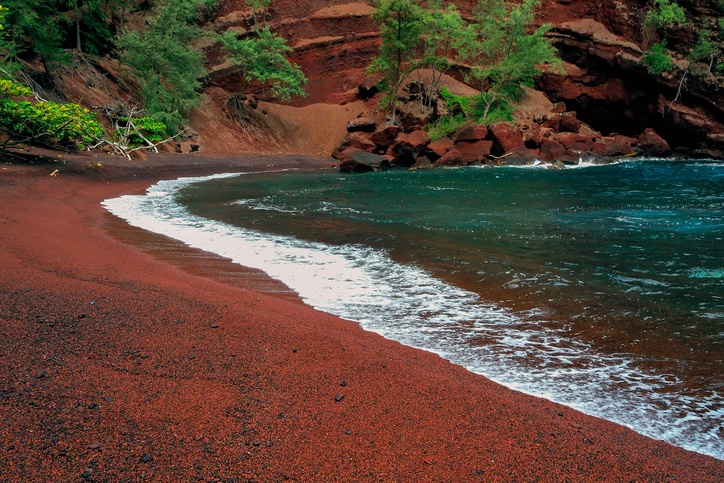 Volcano threats have driven away millions of dollars in tourism and damaged the local economy. Lodging reservations have dropped along with profitable bookings for guided hikes and tour trips. The Big Island draws almost 9 million visitors annually, many of whom arrive with plans to visit the national park — now closed thanks to Kilauea. The closure is estimated to cost the state $166 million, according to the National Park Service and even more jobs.

Tourism is Hawaii’s largest employer and accounts for roughly 30% of private sector jobs in 2017. Total revenue losses have reached $222 million thus far, but many believe that number will only rise as eruptions continue.

Next: An economic bright spot 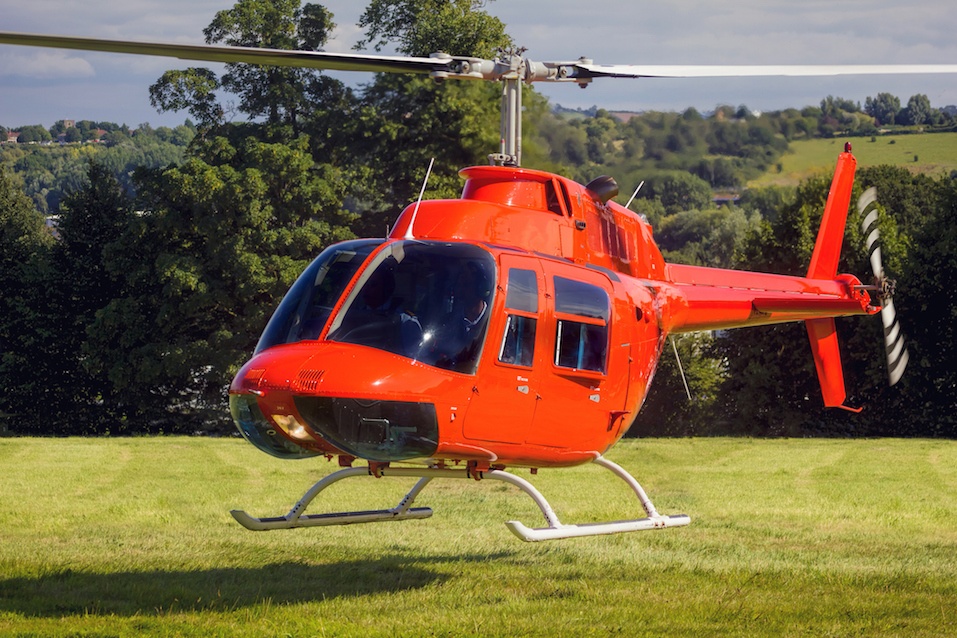 Given that the volcano continues to quake, it’s uncertain just how devastating Kilauea will be to Hawaii’s economy. There is, however, one bright spot worth noting. Helicopter lava tours are running at max speed, USA Today reports. The choppers are “hot-loading” new groups of passengers eager for a bird-eye view of current lava flows without ever cutting their engines. National park closures mean visitors are more apt to pay $350 per person for a helicopter tour, which the business will gladly accept.

Next: Is Hawaii the only state at risk of volcanic devastation? 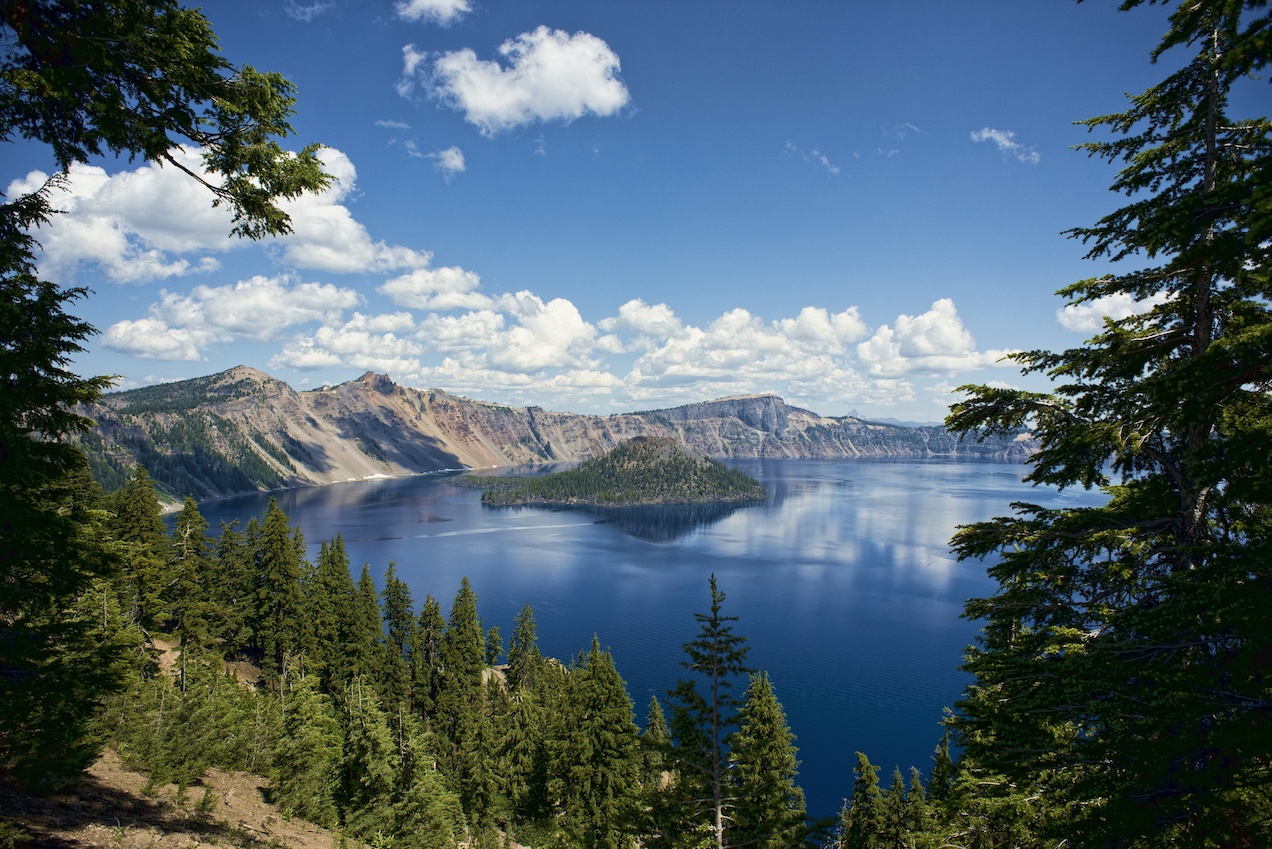 Could Oregon’s Crater Lake be next? | shippee/iStock/Getty Images

The world is watching Kilauea, but scientists warn there are other active volcanos at risk of erupting sooner rather than later and cost the economy millions. Crater Lake is one volcano people are keeping their eye on, as is Mount Rainer in Washington and Lassen Volcanic Center in California. Pending eruptions here would be volatile and level highly populated areas with little warning.

Guatemala’s Fuego volcano also erupted in June 2018, killing at least 62 people along the way. Indonesia’s Mount Merapi volcano has also been erupting since mid-May, sending plumes of smoke nearly 4 miles into the air and putting some 660 people living within the exclusion zone at risk.