Wal-Mart’s (NYSE:WMT) slogan has long been “Save Money, Live Better,” and with that marketing tactic, the retailer has promised its customers the lowest prices in the game. Now, Wal-Mart is putting its money where its mouth is. According to Liberty Voice, the Bentonville, Arkansas-based company has rolled out a new service dubbed “Savings Catcher” that lists its competitors’ prices on its website alongside its selection of other 80,000 different household and food products. If “Savings Catchers” finds a product that Wal-Mart doesn’t offer the lowest price on, the user is returned the difference on the purchase by means of store credit.

Not all customers are privy to Wal-Mart’s new program, as it now is only available in seven major cities including Atlanta, Dallas, and San Diego, as reported by Liberty Voice. However, so far, it has gone over well with consumers, and if customers continue to respond well to the service, it is likely that Wal-Mart will expand its offering to other major cities. Though Wal-Mart certainly isn’t the first retailer to use its competitors’ higher prices to its marketing advantage, other similar services ask consumers to bring in the evidence of a competitor’s lower price in order to achieve the refund, while “Savings Catcher” does all the grunt work for them. Unlike Best Buy (NYSE:BBY) and Target’s (NYSE:TGT) program, Wal-Mart’s service hunts out the prices itself, and saves customers the hassle.

It would appear then that “Savings Catcher” has all the ingredients of a great program. Nonetheless, don’t forget that Wal-Mart is especially hated by smaller retailers for services just like this one, and the program could in effect completely strangle them out, possibly garnering criticism for the retail giant. As highlighted by Liberty Voice, that criticism is the very reason that Wal-Mart has yet to open its doors in places like New York City, as activists protect against its undercutting of smaller businesses there. However, “Savings Catcher” still might be too good to pass up for many cost conscious consumers, and much to the chagrin of protestors, some customers might have no choice but to hop on board.

But Wal-Mart’s “Savings Catcher” service does have its drawbacks, and that’s where its program could fall short of other competitors’ even though it has other key features. According to Liberty Voice, Wal-Mart’s tool uses the prices advertised by local retailers for the staples in any household, but it does not compare Wal-Mart to any online competitors. There has been no indication that the retailer will expand its service to include those prices. That means that online ads that market a product at a lower cost mean nothing to Wal-Mart’s “Savings Catcher,” and it won’t warrant a customer a refund. Consumers may not respond well to that lacking key feature, especially because in addition to that, “Savings Catcher” is only limited to household staples, so its website does not offer refunds for lower prices on anything other than food and home supplies. 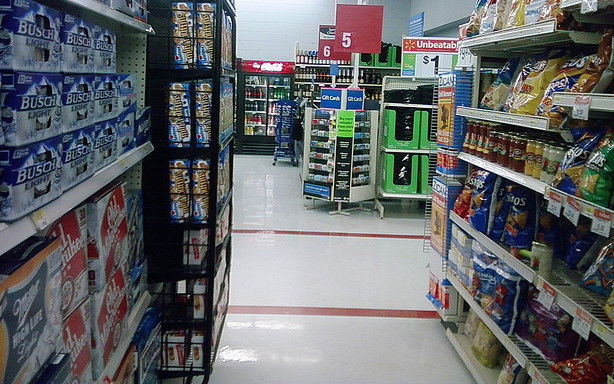 It’ll be interesting to see how Wal-Mart customers continue to respond to the innovative service and its conspicuous drawbacks, but for now, the retailer is concentrating on the advantages of its program. Liberty Voice points out that the idea was launched when a Wal-Mart sponsored focus group responded positively to the program, and the service has since been expanded to the top seven markets. The company believes that “Savings Catcher” is a great timesaver for busy consumers who still need to find the best deals, and it is confident that its service will help it win over even more customers.