Wal-Mart to NLRB: We Didn’t Break Any Labor Laws 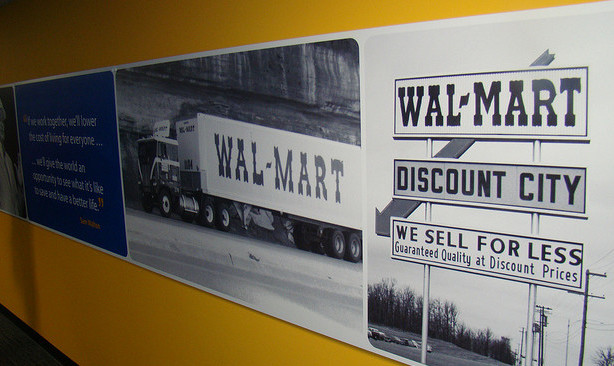 Wal-Mart Stores (NYSE:WMT), the largest retailer and private employer in the world, believes it acted within its rights when it disciplined employees for taking part in short walkouts and protests organized by independent or union-backed advocacy groups. The company shared its position with the National Labor Relations Board, an independent agency within the U.S. government tasked with monitoring compliance with federal labor laws, at the end of January following a complaint brought by the labor board against the retailer.

The NLRB’s complaint was the product of an investigation into five alleged violations against the National Labor Relations Act. According to the board, “The National Labor Relations Act guarantees the right of private sector employees to act together to try to improve their wages and working conditions with or without a union”; Wal-Mart stores in more than a dozen states were accused of unlawfully disciplining or threatening to discipline employees for their participation in strikes and protests. Following the investigation, the NLRB found merit to three of the original allegations and authorized the complaint, which was officially filed on January 15.

Here are the alleged violations on the table, via the NLRB. All of them are related to Wal-Mart’s reaction to strikes and protests.

At a glance, this may seem like a textbook case of the labor board trying to enforce worker rights that may have been violated. The National Labor Relations Act — which established the NLRB to enforce it — guarantees most private-sector workers the right take collective action, including the right to strike, as long as those actions are taken in the pursuit of better working conditions. Wal-Mart employees, organized by OUR Wal-Mart and other advocacy groups, are certainly lobbying for better working conditions, including higher pay.

But the case isn’t ask open and close as that. The economic and labor environment in the U.S. is changing, and lawyers from both the NLRB and Wal-Mart have spent a lot of time reading between the lines trying to sort out the legal architecture that surrounds these protests. What makes them unique from the traditional types of strikes covered by the National Labor Relations Act is that they are generally short-term and sporadic. Historically, strikes are longer-term and only end when some sort of deal is made or the striking workforce is replaced.

“The NLRB is using this case to try to stretch the concept of protected strikes,” Steven Wheeless, a lawyer representing Wal-Mart, told the Wall Street Journal.