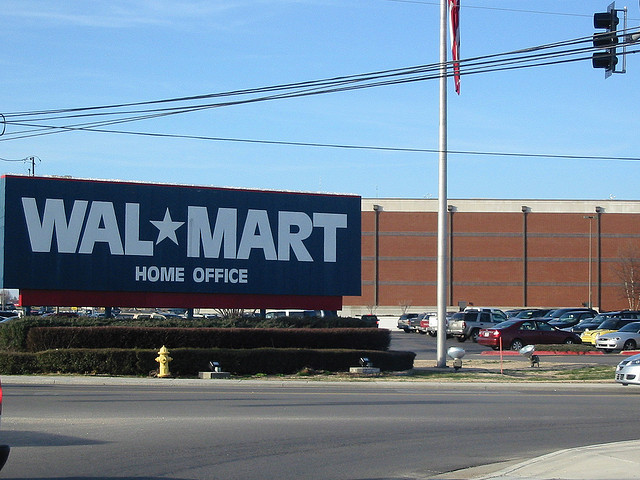 Wal-Mart Stores (NYSE:WMT) has had a rough start to 2014. Just days after the retailer was forced to recall its donkey meat in China after tests confirmed that the product contained the DNA of other animals, Wal-Mart pulled another product from its shelves Friday.

According to Market Watch, the Bentonville, Arkansas-based company recalled 73,400 Mainstays five-piece card table and chair sets after after receiving 10 reports of injuries from collapsing chairs. The Consumer Product Safety Commission highlighted the 10 reports of injuries on its website Thursday, and said that injuries suffered from Wal-Mart’s collapsing chairs included “one finger amputation, three fingertip amputations, sprained or fractured fingers, and one report of a sore back.”

Now, Wal-Mart has discontinued the sale of Mainstays card-table sets and chairs. The card-table sets with black padded metal folding table and four padded metal folding chairs were sold for $50 at Wal-Mart stores and online from May 2013 through November 2013. Heshan Camis Industrial Co. Ltd of Guangdong, China manufactured the chairs, while Dongguan Shin Din Metal & Plastic Products made the chair cushions. Consumers have now been warned to stop using the product, and Wal-Mart is reportedly willing to offer full responds for the card table and chair set.

Wal-Mart shares closed the first trading week of 2014 down 0.33 percent at $78.65. The week was a rough one for the retailer, littered with one recall in the U.S. and one in China, but the company maintained Friday that it is now working on cracking down on its supply chain management for the new year. Wal-Mart has already withdrawn all products it secured from local supplier Dezhou Fujude Food Company Ltd., the vendor that sold it the tainted donkey meat, and it is still unclear how it will proceed with the supplier that manufactured its problematic furniture products.

Now, it’ll be interesting to see how Wal-Mart strategizes in the future of 2014 as it continues to suffer flattening demand and increasing consumer dissatisfaction. Thanks to tighter and tighter competition from Amazon.com (NASDAQ:AMZN) and Target (NYSE:TGT), retailers like Wal-Mart have no room for error, and unfortunately, it just made two of them.

Nonetheless, Wal-Mart’s ugly start to 2014 wasn’t any more damaging than Target’s end to 2013 was, and that Minneapolis-based company is still navigating the consequences of a nationwide security breach. Now, it is at least safe to say that both companies will forge forward in 2014, hoping the worst is behind them.