Wall Street Gives Goldman Sachs the Thumbs Down, But Is That Too Harsh? 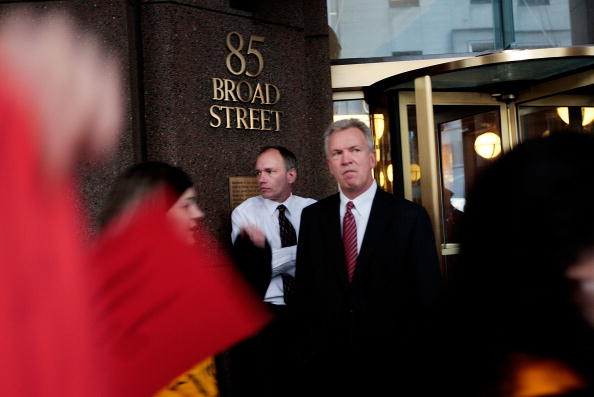 Goldman Sachs (NYSE:GS) is not the most loved bank by Americans, nor is it admired by analysts. According to Bloomberg, Goldman’s rating with analysts — on average as “Hold” — hasn’t been this low since 2006. But is Wall Street wrong to be so negative on the stock?

In relation to the S&P 500, Goldman Sachs’ rating ranks 440 in the S&P 500 and 68 of 83 financial stocks. Wall Street has been particularly bearish on Goldman due to two core reasons: Trading revenue from fixed income, commodities and currencies (FICC), and overall investment banking revenue.

These two core problems have led to pessimism surrounding the banks. Yet, despite the fact that Goldman Sachs does not rank at number one in either category, it does seem a bit strange for it to receive Wall Street’s backlash. Instead, JPMorgan is a top market leader in both categories, yet is ranked 11 amongst the 83 financial stocks.

Nonetheless, in looking at Goldman’s business, its real strength has been as an advisory firm — notably with mergers and acquisitions in a bullish market for initial public offerings (IPOs). Goldman Sachs has especially performed well in markets outside the U.S., including Asia where the company is ranked number one in M&A. Moreover, Asia has been responsible for more than $50 billion this year alone in deals, and as a result, Goldman has boosted its M&A team within the region. With that said, Goldman Sachs has seen a bit of a boost in recent weeks as its stock has traded higher by nearly 8 percent in the last month.

Still, shares trade at just 11 times earnings, far below the S&P 500’s 17 times earnings, and also lagging JPMorgan’s P/E ratio of 14. Albeit, Goldman Sachs might actually be a better investment in the financial space right now over JPMorgan, which recently issued guidance for its trading revenue to decline 20 percent year-over-year after a 17 percent decline in the first-quarter.

While Goldman’s performance in trading revenue hasn’t been great, a 13 percent loss in the first-quarter, we haven’t seen losses to JPMorgan’s extent, and its presence in M&A serves as a nice hedge. As a result, the criticism seems a bit unjustified and in looking deeper within its business Goldman Sachs might just prove to be a good long-term investment.