Want a Bigger Paycheck? This Congressman Has Advice for You 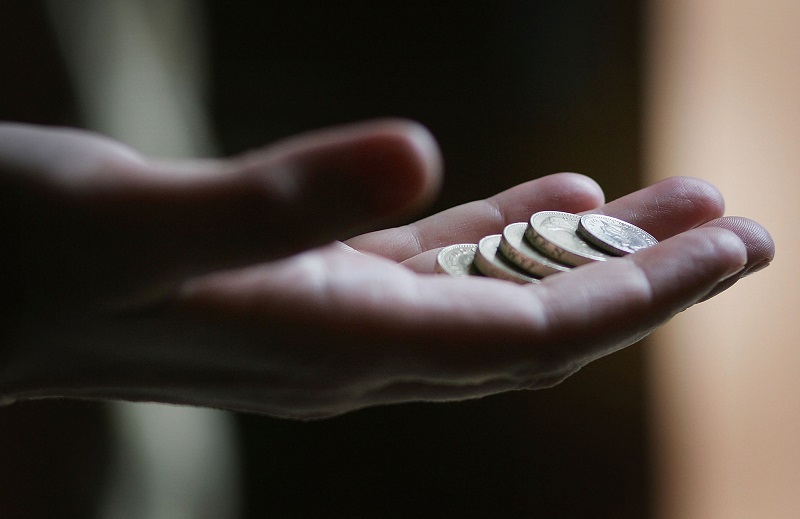 We all want bigger paychecks. We put in extra hours to impress the boss, take classes to earn more focused or advanced degrees, and spend years networking, or developing relationships in hopes of either landing a new, higher-paying job, or getting a raise. Most of our motivations orbit around the goal of improving our station in life – and yet, for all the effort we put in, most people still don’t feel great about what they’re seeing on their pay stubs.

There’s no simple or easy way to get a bump in pay, either. Traditionally, workers would see raises every year or so, after a review of their performance. If you work hard, you’ll be rewarded with enhanced compensation. But that doesn’t always happen, especially these days in which the economy still has employers worried, and with automation scaring the bejeezus out of a good percentage of the world’s workforce.

So, what can you do? According to California Congressman Mark Takano, one way to increase your paycheck – and the paychecks of your fellow co-workers – is to simply be a bit more transparent about what you’re earning. That is, let those around you know how much bacon you’re taking home.

In a blog post for the AFL-CIO, Takano writes that while many people feel they are underpaid or even discriminated against by their employers, being open about our compensation can be a way to fight for pay equality. “Something we can do right now to combat pay inequality in the workplace is talk with our co-workers about our salaries,” Takano writes.

But make no mistake, Takano realizes it’s not as simple as opening up to your nearest cohort. “A few things stand in the way of this seemingly simple task. It is still considered inappropriate to talk openly about money, especially in the workplace, where we could be making more than our colleague,” he writes. “Knowing pay information gives us the bargaining power we need when negotiating salary. Beyond that, employers often tell employees they would be fired or reprimanded for speaking openly with others about their salaries. While this practice is common in the American workplace, it is actually illegal.”

So, the key concept that Takano is striking at here is that by withholding information about our earnings from our colleagues, we’re giving away bargaining power. With knowledge in hand about the going market price for a particular good or service (in this case, your labor), you will likely be able to fetch a better offer. But it all comes back to doing research on the market, and figuring out what you’re worth.

Of course, not everyone necessarily should, or will be, compensated equally. The very concept that fuels our system is that the harder you work, and the more qualified you are, the more you’ll see on your paycheck. But the silence around money and compensation has been used as a tool against workers for some time, and by pitting employees against each other, many people end up worse-off than they would be had they joined forces to lobby for better pay.

A lot of people disagree with that, as it drives at the concept of collectivism. This is where unionization has its roots, and as we’ve seen over the past few decades, many people are fundamentally opposed to the notion. There’s nothing inherently wrong with that, but that decline in unionization has coincided with a lot of negative economic outcomes for the lower and middle class.

Takano’s advice to be more open about our earnings doesn’t mean you need to start sending in dues, but it could be helpful in strengthening your economic position.

And if you need evidence of the effect of salary transparency, just look at what has happened to CEO pay over the past couple of decades. We all know that CEOs make huge amounts of money, the main argument concerns whether or not they deserve it. No matter which side of the argument you fall, the thing most people don’t understand is why – what was the catalyst behind the explosion in CEO pay?

It can be traced back to two things. First, a change in the tax code under the Clinton administration had an unintended consequence in that attempts at slowing executive wage growth actually exacerbated it. Second, CEO pay became more transparent. The leaders of public companies were suddenly seeing what the chief executives of other companies were making, and were demanding more once they had that information. They suddenly knew their worth, or what companies would pay for a CEO’s skill set, and bargained up.

Clearly, having more information on your side is going to pay off. And that’s what Takano’s getting at – if we can agree to be more open with each other, we’ll all be better off. He may or may not be correct, but it’s an idea he’s floating. It obviously worked for some of America’s richest, so it could very well work for you.