Want a “Great” Job? Here’s Where to Find One 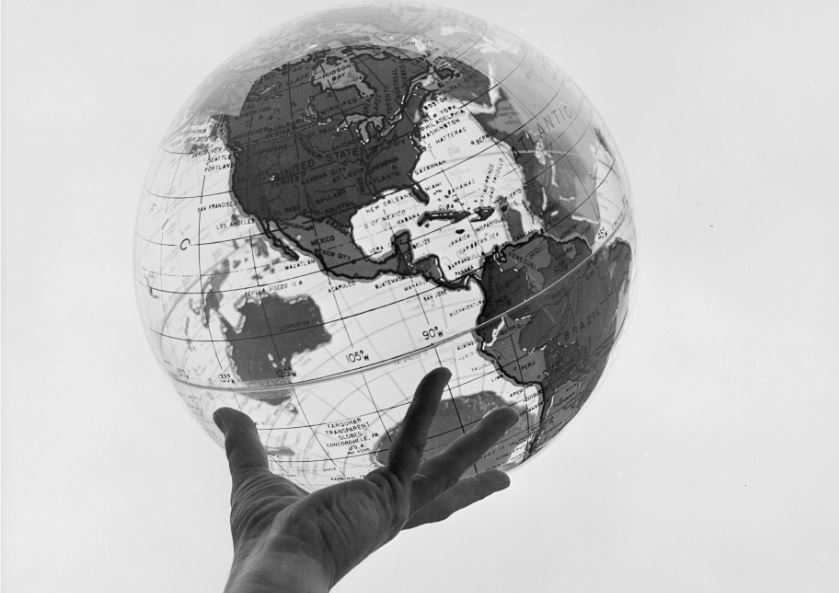 For a good deal of the world’s citizens, having a good job would go an awful long way. The trick, of course, is finding one. And that’s more often easier said than done.

But what’s better than a good job? A great job, of course. And one way to differentiate the two is defined by Gallup in its new global report, called Where the Great Jobs Are. “Gallup defines a real job or a good job — the type of job the whole world wants — as 30+ hours per week of consistent work with a paycheck from an employer. Based on this definition, Gallup projects that 1.3 billion out of the world’s roughly 5 billion adults have a good job.”

In other words, their positions are not quite hitting that definition of what makes a ‘good’ or ‘great’ job. That doesn’t necessarily mean they’re working awful jobs, but as Gallup admits, coming up with a way to quantify and measure the quality of one’s job is quite challenging. All told, 3 billion people want to improve their lives by finding a job that can be described as ‘great’ by Gallup’s measures. And the creation of those jobs is something that global leaders — whether they’re in the world of business, policy-making, or otherwise — need to focus some serious attention on.

Gallup was able to dig through data from 138 countries to try and figure out where, exactly, the world’s ‘good’ and ‘great’ jobs can be found. One of the biggest factors playing into what makes a job ‘good’ or ‘great’, aside from consistency of hours and a steady paycheck, is engagement and enthusiasm surround an individual’s role. By taking all of these measures into account, Gallup was able to determine which regions have the world’s best jobs.

Obviously, a ‘good’ job is going to be easier to find than a ‘great’ job, and here’s the map that Gallup put together showing where those ‘good’ jobs are concentrated worldwide: 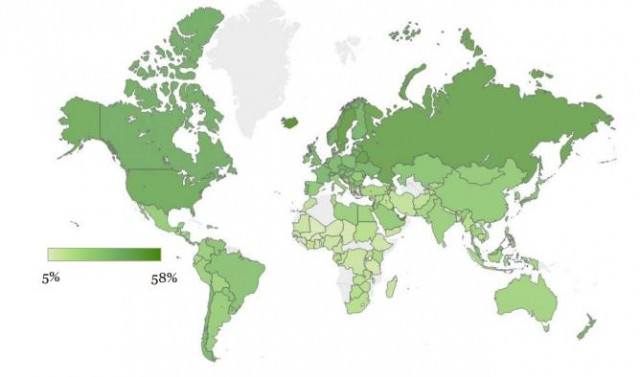 By looking at the percentages of people who have a full-time job and earn a steady paycheck, this map shows where ‘good’ jobs can be found. In all, 26% of the world’s population has a job that can be described as ‘good’ by those measures, or roughly 1.3 billion of the world’s adults.

The regions with the most ‘good’ jobs were North America, with 43%, the former Soviet States area with 40%, and Europe, with 34%. On the low end of the spectrum we find the Middle East and northern Africa with 19%, and Sub-Saharan Africa with only 11%. There’s a lot that you can take away from those numbers, and it can be easy to make the link between the percentages (presumably being tied to economic stability) and the levels of social and political strife in specific areas.

When we tighten the screws a little further, we get the map showing us where the ‘great’ jobs are: 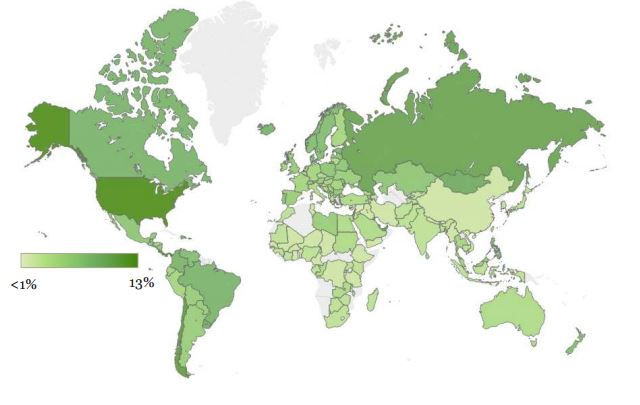 Again, a ‘great’ job, in this context, is a ‘good’ job plus a certain level of engagement and general enthusiasm about one’s work. Clearly, these are the jobs that are the hardest to find, and definitely the hardest to get. They are the most competitive positions, and play a big role in quality of life, and building wealth, as their competitiveness typically means higher wages.

A quick glance at the map above confirms this — the U.S. is the only nation in the world that comes in with at least 13% by Gallup’s measures, with a few other countries, namely Russia, Canada, and Chile, trailing behind.

What’s the takeaway from Gallup’s report? It’s probably just a reality check for a lot of people. A lot of us, Americans in particular, go into the labor force expecting big things, and to land a cushy gig. But the fact of the matter is that those jobs are scarce — probably more scarce than you thought.

With more than 90% of the world working in jobs that can be considered less than ‘great’, finding yourself in a position that delivers consistent hours and a sense of engagement is truly a blessing.