Want to Become a Freemason? 5 Secret Societies You Can Join 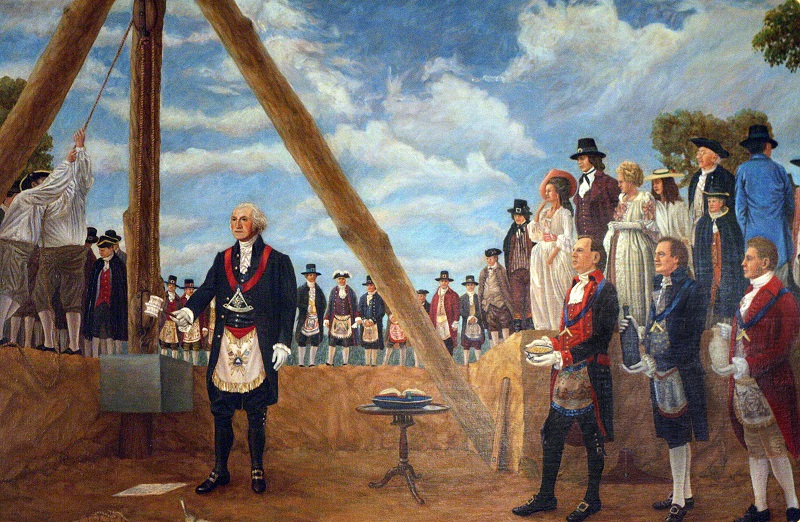 Few ideas are sexier than joining a secret society. There are tons of secret societies out there, and the mere concept is one that has sparked numerous conspiracy theories and Hollywood screenplays over the years. But most of these secret societies – even the famous and numerous Freemasons – spend their time trying to have a positive impact on their community through charity work and other means. It’s not exactly what Dan Brown portrays in his books and movies, unfortunately.

As far as joining a secret society, there are numerous reasons to do so, and methods as well. Many colleges have closed-door societies (like Yale’s famous Skull and Bones, for example) which you can get involved with on campus. For others, petitioning a Masonic lodge, or getting involved in some of the more clandestine aspects of your church or religious group is sure to put you in some strange social circles.

Joining one of these groups isn’t as easy as just showing up, though. They want you to commit to their philosophy, and invest what you can. You could be rewarded with contacts and networking opportunities, which may or may not help you in terms of career advancement – though it’s recommended that you don’t commit yourself for reasons of self-interest. The main goal is to commit to service of some kind.

So, which secret societies can you actually join? Here are a handful of the most notorious, some of which are easier to get into than others. 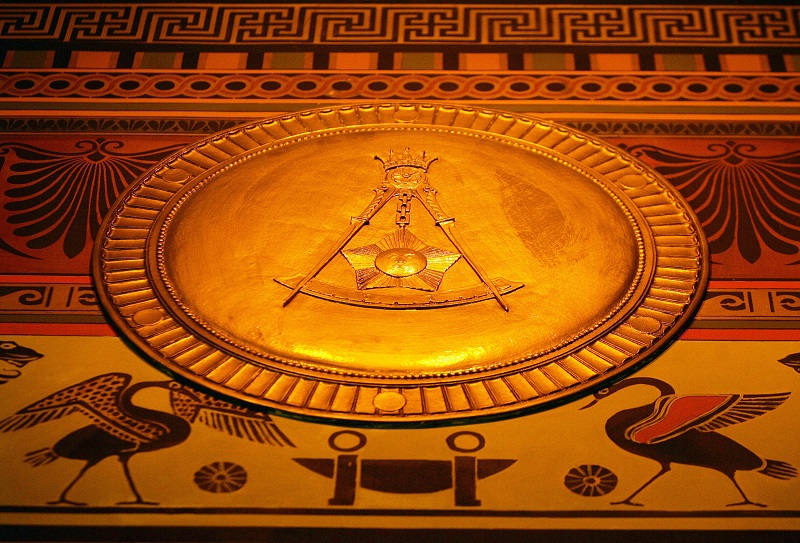 The Freemasons are probably the most well-known secret society in America, if not the world. They have a long and extensive history, and a great deal of America’s most famous names were said to be associated with them in one way or another. Chances are, you’re probably not too far from a Masonic lodge as you read this – there are lodges in nearly every city and town all across the country.

You can join, but there are a few prereqs to take care of first. Most notably, you’ll need to profess a faith in a higher power, and get other Masons to “sponsor” you, or vouch for your character. The way to get the ball rolling, however, is to visit your local lodge, and ask questions. If you like what you see, ask about joining up. But don’t expect crazy Satanic ceremonies, or New World Order talk – most Masonic lodges do a good deal of charity work rather than nefarious deeds. 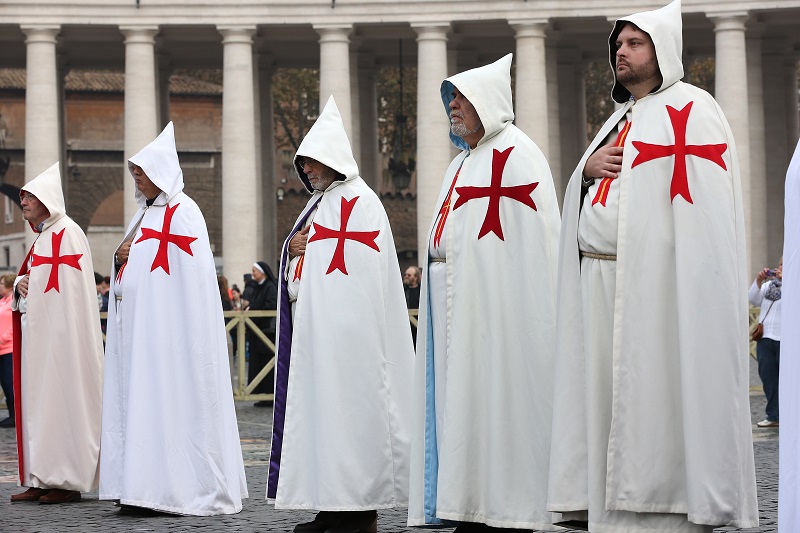 You may know the Templars from their villainous role in the Assassin’s Creed video game series. Though both the Assassins and the Templars are rooted in reality, you can actively petition the Knights Templar to join up. But it’s not easy, and takes some serious commitment. The group has its origins during the Crusades, and there are several groups and sects around today.

But the main sect, which operated during the Crusades, were the Poor Fellow-Soldiers of Christ and of the Temple of Solomon. They are still around today, and you can join up. Of course, you won’t be doing any sort of Crusadic activity, and the requirements are somewhat stringent. 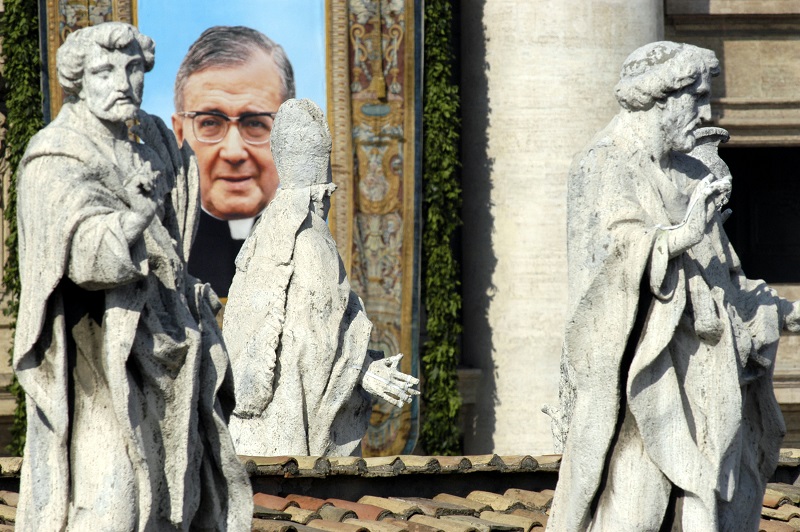 Opus Dei is another secret society deeply involved in the church. Anyone can join, so long as you want to “aim at holiness” in your life. What does that mean? Per the organization’s official channels, “holiness means following Jesus Christ, imitating Him in thoughts, feelings, words and deeds. It means loving God and neighbour, with a love that gives rise to other virtues, such as humility, justice, integrity, and solidarity. Holiness is attained only with God’s assistance and our constant striving.”

That doesn’t sound too sinister – in fact, it sounds pretty good. Difficult, perhaps, but good. Read more about Opus Dei, and give some serious thought as to whether you have what it takes. And no, it’s nothing like Dan Brown portrays in his novels. 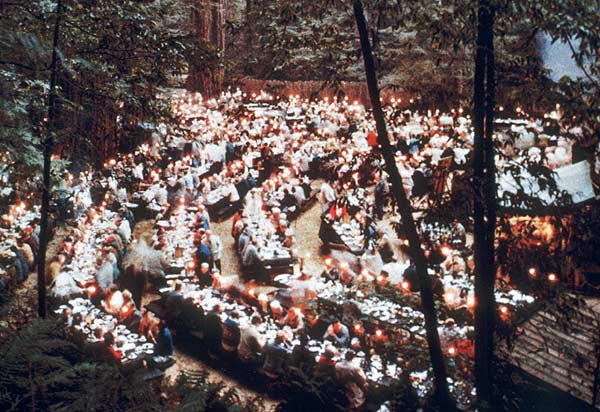 What’s more appealing than joining a bunch of powerful businessmen and artists in the Redwood forests north of San Francisco, to have a secret meeting and worship an owl god? Interested? Well, you just need to join the Bohemian Grove. It’s a mysterious secret society, and one which not a whole lot is known about. But some people have gotten close to members, and even infiltrated meetings. The reported prereqs to get in include having a lot of money and influence, and the ability to wait decades for acceptance.

Like Freemasonry, it seems that you can’t just join – you have to be invited. There has been a lot written (even by ex-employees) about what happens at the Grove, so you may want to do some research before dedicating all the time and money necessary to be accepted. Still, it’s all very interesting, albeit strange, stuff.

The Rosicrucian Order (also known as the Ancient Mystical Order Rosae Crucis, or AMORC) isn’t exactly a household name like the Freemasons, but they are still very much a secret society, and one which has tons of readily available information. You can go to their main site, or even visit their Facebook page – that’s how open they are about their practices and enrollment. Rosicrucianism is a philosophy that has roots in medieval Germany, and has a long, complicated history. Basically, modern members describe themselves as “a community of mystics who study and practice the metaphysical laws governing the universe.”