Want to Know the Best Way to Snag Your Dream Job? 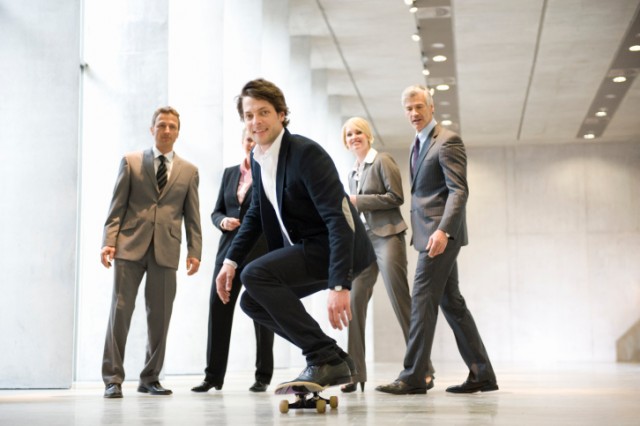 Americans are dreamers. We dream of fame, fortune, or maybe just securing a chunk of the American Dream for ourselves, no matter how far out of reach it becomes. Though most of us would be perfectly content finding a stable, well-paying job with which to support our families, it’s also human nature to daydream and hope for something better. Like a dream job. The problem is finding a way to land it.

As we’re finding out, in the modern American economic landscape simply being qualified and motivated isn’t enough to get us there. The question then becomes, how exactly are people landing these high-paying ‘dream jobs’ that come with fancy titles, corner offices, and all the frills?

The honest answer is one that most of us really don’t want to hear: Be born into the right family.

A new book by author Lauren Rivera, an associate professor at Northwestern University, explores that notion. Titled How Elite Students Get Elite Jobs, the book explains that while Americans are generally right in the assumption that attaining a higher level of education (often from an elite university) can help you land the ideal job, the people who end up actually getting those jobs come from wealthier families.

The Conversation dug into the book in more detail, and pulled out the more important aspects of Rivera’s research. The most obvious aspect is that as well-off students continue to find themselves in the country’s top jobs, those further down the economic ladder get stuck — either unable to get into elite schools, or unable to find their way into elite jobs after graduation.

Naturally, there’s an entire book’s worth of material and research to comb through. But the important finding of Rivera’s research is that it’s simply harder for individuals from poorer backgrounds to land elite or ‘dream’ jobs. That, in aggregate, leads to increased levels of inequality over time.

While this revelation may not be all that surprising, it can be disheartening. And it most certainly gives us some perspective into the way that the elite view the rest of America, specifically in terms of how certain brand-name universities or even dynastic family names can play a more important role in determining an individual’s outcome in life, rather than hard work or merit.

As the meritocracy continues to further be exposed as little more than a fairy tale in modern America, it raises a lot of questions as to how policy makers, business leaders, and employers can keep the middle class motivated. Wages are already stagnant, and as mentioned before, the American Dream is out of reach for a good percentage of the population. If hard work and iron resolve are no longer the one-two punch that counters being born into a less-wealthy family, then where are people to turn?

That’s a huge issue that’s going to need to be addressed. The article mentioned before, from The Conversation, also brings up another important piece of the puzzle — the fact that social class is not a protected demographic. That means that you can legally be denied a job, or spot in an elite university, simply because of your socioeconomic status. That fact is central to the entire problem discussed by Rivera’s book.

It may not be fair that wealthier individuals are given an advantage, but it’s the reality of our economy. And that doesn’t mean that it’s necessarily wrong, either. After all, everyone is working hard to provide a better future for their children and families, a better future that means an advantage in increased opportunity in the workplace and in higher education. That used to be possible for most people with a solid, middle class job and income. But as the economic makeup of America continues to be stretched, opportunity is becoming more scarce.

Again, the fact that being born rich gives you an advantage isn’t necessarily surprising. But it can be a frustrating realization. Of course, being born good-looking and confident, or even having the right name can do wonders as well.

How else would Taylor Swift have done it?