Was Marijuana Legalization a Step in the Wrong Direction? 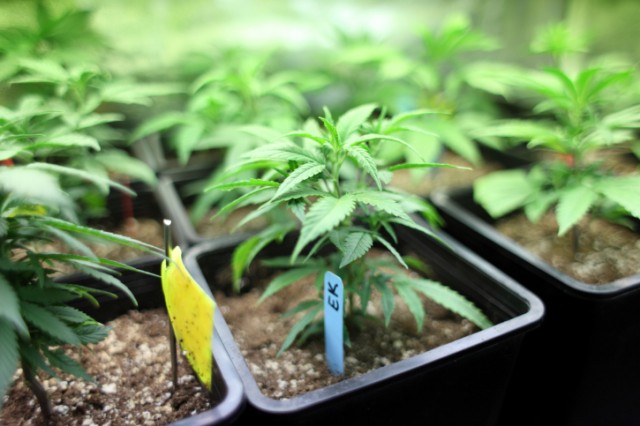 In Washington state, marijuana legalization has been a fairly successful experiment, although there have been some bumps in the road. The state is benefiting in the form of excess tax revenue, the people are benefiting from fewer arrests and lower incarceration rates, and the economy has seen a spike in investment spending and entrepreneurial activity. Even with all of the positives, however, there has been some blow back from the medical marijuana community, which was previously unregulated, but was recently folded into the legal system by Governor Jay Inslee.

With those new regulations on the medical marijuana community forcing some painful changes, it has some people saying that the initial push for recreational legalization was a big mistake.

One big event that has spurred a lot of animosity toward Inslee and the new regulations on the medical community was the fact that the Cannabis Cup — an annual event put on by High Times magazine — was cancelled. Essentially, because the medical marijuana community has been swept into the same regulatory structure, presided over by the state’s Liquor Control Board, the flexibility and relative openness of the medical market has been lost. This is largely because previously unlicensed businesses will need to be licensed, there will be higher start-up costs, and many of the items sold at dispensaries will now require more expensive packaging. Taxation is the other big worry.

Because of the loss of that flexibility, events like the Cannabis Cup are now hard to pull off, given that they may be illegal. For that reason, medical marijuana patients in Washington are claiming that legalizing marijuana has actually been a step backward for the state.

The friction is being caused by the fact that Washington’s medical marijuana market was pretty much completely unregulated up until now. Now that it’s been placed under the same regulatory structure that governs the recreational market, a structure that definitely has many flaws, medical patients are unhappy that the changes are causing some rather seismic shifts in an already-established and long-flourishing system.

The cancellation of the Cannabis Cup was one of the unforeseen consequences of that regulatory structure taking hold, and while no one is really happy about it, and it’s easy to sympathize with those medical cannabis patients, it’s hard to argue that legalization was actually a mistake.

For Washingtonians, those growing pains were delayed, in a sense, and now that transition from unregulated to regulated is going to cause some real headaches. There is plenty of reason for people to complain and be unhappy about it, as Washington’s marijuana regulations have proven to be more stringent than Colorado’s, and thus have stymied growth.

But even when you take Washington’s growing number of rules into account, it’s still hard to think of legalization as a mistake, or even a step backward.

For one, legalization has led to considerable economic activity — even if it has been bogged down by regulation — in the form of retail purchases and new businesses springing up all over the state. Thousands of jobs were created, and much of the activity that used to take place on the black market was able to be diverted to state-approved channels. The gray-market activity, which includes the medical marijuana community, is now also being forced through those channels, which is the major source of controversy.

Secondly, the social and societal impact of legalization can’t be understated. The fact that taxes and regulation are creating issues from a business standpoint is unfortunate, and something that will be ironed out with time, but it’s important to keep in mind that just a few years ago people were literally being locked in cages for possession. By taking non-violent marijuana users, and saddling them with criminal records or jail sentences (not in all cases, but some), the state was not doing anyone any favors.