Wasting Your Money? Another Economic Crisis Might Be Coming 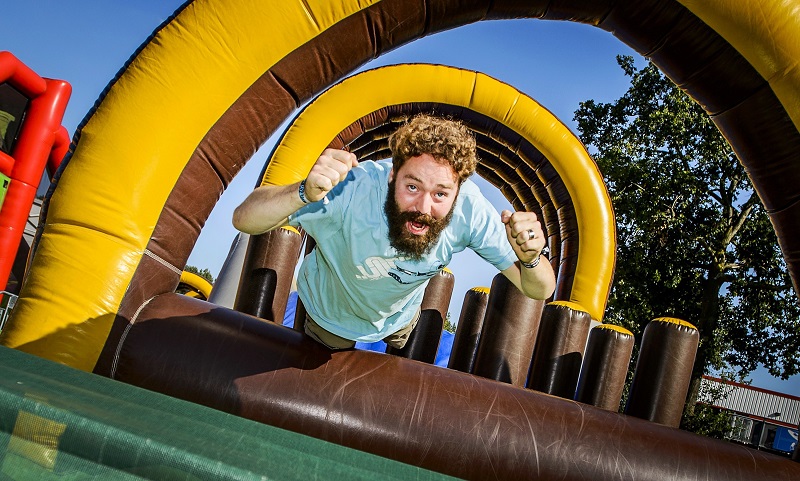 Have you recently discovered a love for replica swords from your favorite movies or TV shows? Perhaps you just dropped a few hundred bucks on a personalized gas grill, engraved in platinum with your favorite NFL team’s logo? Maybe you just can’t stop spending hundreds of dollars at the bar? These are all examples of what people do when they have extra disposable income — it’s not a bad thing, necessarily, but it does give us some insight into the current state of the economy.

In short, if people have some extra money to spare, and aren’t worried about spending it on what some might classify as stupid stuff, then we have a confident consumer class. Economists like that.

The economy works in cycles. We have periods of economic expansion followed by brief downturns, or recessions. This is called the business cycle, and it’s the natural pattern that economic activity in a country takes. Since 1945, the U.S. has actually had 11 recessions, including the Great Recession in 2007, averaging out to around one every seven years or so. The Great Recession actually ended in June of 2009; roughly six and a half years ago.

You know what that means? We’re about due for a slowdown.

Even though there is still a lot of talk about how the economy is on shaky ground — mostly because there are still a lot of people out of work following the Great Recession, and wage growth has yet to gain any real traction — we’re in pretty good shape, relatively speaking. Unemployment is at 5.1%, and people are spending money again.

But there are some signs that we may be looking at another recession in the near future. For one, the Federal Reserve opted not to hike interest rates. Secondly, people are spending money on silly, non-essential things.

A recent article from Business Insider really struck at the heart of this issue by digging out some quotes from Mike Wilson, chief investment officer of Morgan Stanley wealth management. In short, Wilson is observing consumer behavior that is typically seen at the end of an economic expansion — meaning the downturn is likely around the corner.

If you can look at your own finances, and see that you’re starting to engage in “excess sort of behavior”, as Wilson puts it, that could be the sign that we’re due for a slide. Obviously, this would take a different form for every individual situation, but recognizing these kinds of patterns is exactly how we can make informed predictions about what’s going to happen next when we’re not sure which way the wind will blow next.

While the next period of economic contraction is likely not going to be anywhere near as severe as the latest recession, individuals should still keep themselves prepared for downturns. There are many things you can do, and we’ve touched on this very subject before. Some easy steps to take are to save more money (that means not engaging in that “excess sort of behavior”!), making sure your debts are manageable, and learning new skills that will help keep you on the payroll when the pink slips start coming in.

And that leads us to another hugely important element: diversification. One recent event that had everyone spooked, albeit briefly, was the huge drop in the stock market. Stocks saw a huge decline at the end of August, and everyone subsequently freaked out. Things have recovered, but it’s a reminder of just how fickle the entire economic ecosystem can be — and why you need to take steps to protect yourself.

Diversification is typically brought up in relation to investments, but it can be used in many facets of our lives. Perhaps most importantly, a diversification of skills can be a real life saver when times get tough. It may be worth it to learn some new skills, unrelated to your current career path, in the event that something drastic happens. You’ll be better off, no matter what the economic forecast is.