Watch Out! These Hot Stocks Are Rolling Over 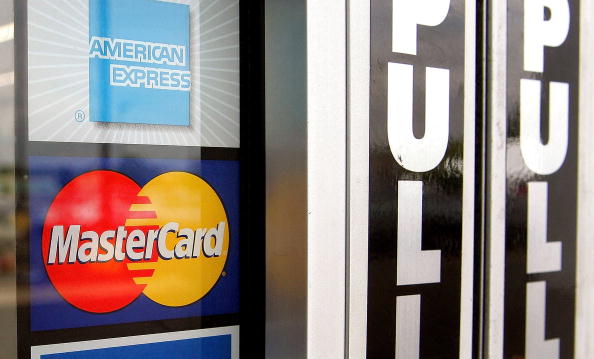 With the stock market down on Tuesday, we are beginning to see some of the more popular growth stocks begin to roll over. What’s worse is that these companies’ stocks peaked back in December or January, declined into early February or April, and rose from there they failed to make a new high. Now they are rolling over again and I think that investors need to be very cautious, as it might be wise to take some profits.

While there are several stocks that fit this pattern, I have pointed out three. They are all growth stocks that investors have generally been bullish on considering their growth rates. But investors need to consider the possibility that these companies can experience declining growth, and if this takes place analysts will be forced to reevaluate their optimistic price targets and their lofty valuation assumptions.

Mastercard had an especially weak Tuesday: shares fell nearly 2 percent on high volume. The stock is down 13 percent year-to-date and it has followed the pattern that I just mentioned. Shares reached an all time high of $85/share around the turn of the year and they fell to about $68/share in April. Since then the stock rebounded to as high as $77/share, but recently the stock has been weakening, and it currently trades at just under $73/share. This pattern is extremely bearish because it suggests that selling pressure came into the market before the all time high could be tested, and this means that there is net distribution (i.e. more sellers than buyers.)

Mastercard has been rapidly growing its sales and earnings as one of the leading companies in the point of transaction technology space. A large portion of the Western world’s population holds at least one Mastercard credit or debit card, and the company is expanding throughout the world. However, this growth has begun to slow down as the market is becoming more saturated and global growth is decelerating. Now at 24.5 times forward earnings the shares seem a bit expensive, and I suspect that we can see further downside, especially if the company misses analyst estimates.

Twitter has followed a very similar pattern. It started the year at a high point only to fall for the first few months. Although Twitter shares diverged from the rest of the market and continued to fall into May, it was because that was when the lockup period ended and those investors who were locked into the stock prior to the IPO were finally allowed to sell. This put selling pressure into the shares that led to a capitulation into the $30/share range. Over the past couple of weeks the stock has rebounded, but we are once again beginning to see Twitter shares roll over. Investors should note that there is no coincidence in the fact that the shares began to roll over at the same level — about $40/share — that the stock traded at before the lockup period ended. This appears to be another case of a lower high, and what I predict will be a lower low.

Valuing Twitter shares is very difficult because the company trades at a lofty multiple to revenues and it has no earnings. However, the company’s revenue growth is astounding at over 100 percent. If the company can continue growing at this rate for an extended period of time, then the stock offers excellent value. But that is a big “if,” and as investors have generally been sellers of growth stocks, this “if” probably isn’t something that investors want to bet on right now. If you are interested in making this bet consider buying at a lower price. Remember that Facebook (NASDAQ:FB) shares collapsed after the IPO only to soar afterwards. Those who bought that collapse are very happy today, and it wouldn’t surprise me if we saw something similar in Twitter.

Railroad stocks have been hitting all time highs recently, although Kansas City Southern has been left out. The reason for this is the company’s poor Q4 earnings report that sent the shares tumbling at the beginning of the year. They bottomed in February at about $90/share after trading at over $125/share, and from there they began to recover. However, the stock has stalled out since the end of May, and it has been hitting resistance at about $109/share, which is where the 200-day moving average sits. While the stock have found support at $105/share twice I am skeptical that this will happen again, and I think that at the very least Kansas City Southern shares are set to test the $90/share level.

Kansas City Southern had been an outperformer in the rail transport space given its rapid growth rate. As a smaller company, it has had more room to run than its larger peers, and it has also benefitted from Mexico’s strong growth as the company owns a lot of track in Mexico. But lately we have seen signs that the economy is decelerating and as a transport company Kansas City Southern should be directly impacted if this trend continues. Since investors are pricing in growth this would lead to a decline in the share price.