Watch TV Before Bed? How It May Actually Hurt Your Income 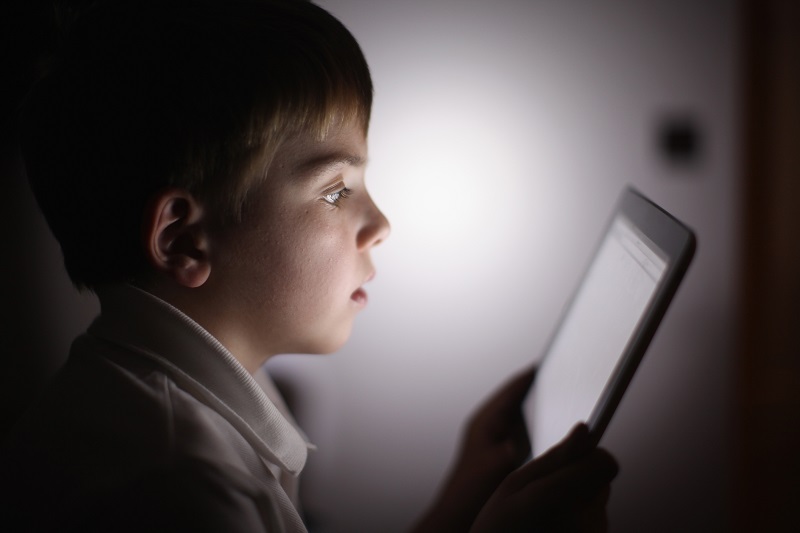 Who doesn’t love to fire up Netflix an hour or so before bed, or maybe scroll through your Facebook or Instagram feed on an iPad or smartphone? We all do it — it’s pretty much become a habit, and an easy way to wind down before hitting the sack. In fact, ‘screen time’ has more or less replaced reading as a before-bed activity for a lot of us, especially the younger generations.

But what you may not take into account is that those habits, and how you’re consuming that media, can weave a fairly accurate portrait as to who you are — and how well you’re performing during waking hours.

CivicScience, the same folks who found a way to derive a ton of solid data based on what web browser people choose to use, have done the same by looking at how people consume media. By conducting a survey with more than 8,500 respondents, CivicScience tried to find out what devices — or what type of screen — people looked at last before going to bed. The results show that most still watch TV, but mobile phones aren’t far behind.

Of the 8,548 responses CivicScience collected, 37% of them reported watching television before bed, 31% last looked at a mobile phone, and 16% responded that a laptop or desktop computer was their ‘final screen’. Tablets/e-readers and smart watches also had small percentages, and amazingly, only 6% of respondents said that they didn’t use any type of device before hitting the sack.

Digging into the data a bit, it was found that an overwhelming majority of ‘mobile phone’ respondents were members of the millennial generation, while TV watchers were likely to be older. Men were skewed toward laptop/computer use, while more women looked at mobile phones before bed. But perhaps most strikingly, of the 6% who said they didn’t use a device before bed, those individuals were twice as likely to have annual incomes over $150,000.

Though there’s plenty of other trends unveiled by the data, the fact that a disproportionate number of individuals with high incomes forego the use of electronic devices before bed is the most intriguing. CivicScience even dug into it a bit for themselves, citing data from the National Sleep Foundation that has linked health problems to device usage before bed.

“According to the National Sleep Foundation, 95% of Americans use some type of electronic device at least a few nights a week within an hour before going to sleep,” CivicScience’s brief reads. “Although light-emitting screens have been linked to health problems and are especially harmful during the hour before you fall asleep, we continue to ignore the claims in lieu of staying connected and entertained throughout the entire day.”

And that potential harm may be what’s making all the difference. What CivicScience’s survey has dug up is that there is some hard evidence, in terms of earnings, that supports the notion that productivity could be linked to something as simple as device usage.

While there have been several studies that have examined the link between low-light emission and disrupted sleep patterns, there is still a healthy amount of skepticism from the general public — which may explain why people continue to use their devices, even when they know they probably shouldn’t. Another possible explanation is that people simply don’t think about it, and the habit of using their computer, phone, or TV all day just carries over into the nighttime hours.

So, what can you do with this data that CivicScience has uncovered? For starters, take a note from some of the high-earners out there, and turn everything off an hour or so before bed.

Instead of updating your social media status, or squeezing in one last episode of the X-Files, go back to what your parents and grandparents did: read a book. Go for a walk. Maybe just talk with your significant other, or children. Just get your eyes, and your brain, away from all the Candy Crush, Facebook, and Parks & Recreation. The numbers seem to hint that it could be the key to more productivity and better sleep quality.

Even if you just give it a shot, it’s not like you’re missing out on an awful lot. If you find it makes no difference, you can go right back into your late night browsing — there’s not much to lose.