10 Weird Things That Can Lower Your Home Value 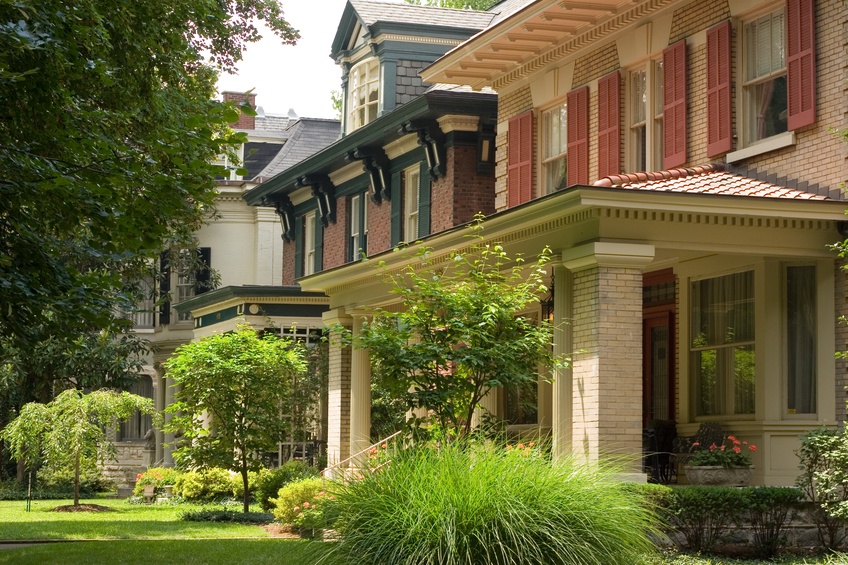 Your home might be the single largest asset you own, so it makes sense you want to protect its value. From maintaining the yard to installing a new roof, most homeowners periodically make updates. They not only make their house more livable, but also make it more attractive to buyers when it comes time to sell.

But what about the things that affect your home’s value that you can’t control? Although you can always rehab a bathroom, finish a basement, or even slap on some crown molding to try to increase your home’s worth, there’s not a lot you can do about your neighbor’s trashy yard or the roar of jet engines overhead.

Those unalterable factors are one reason why your real estate agent’s favorite phrase is “location, location, location.” Amenities, such as nearby parks or good schools, can boost a home’s value. And it isn’t hard to guess homes next to a garbage dump or industrial corridor wouldn’t be worth quite as much.

But nearby amenities — or eyesores — don’t always affect property values in the way you might expect. The same study that found busy landfills hurt home values also found smaller landfills had a negligible effect. And though many people might assume a nearby nuclear facility would push property prices lower, research has found that’s not actually the case. Living near an NFL stadium, meanwhile, can be a hidden price booster.

Although having a pro football team next door might be an asset, there are other things that aren’t so welcome. Here are 10 weird things that can hurt your home’s value. 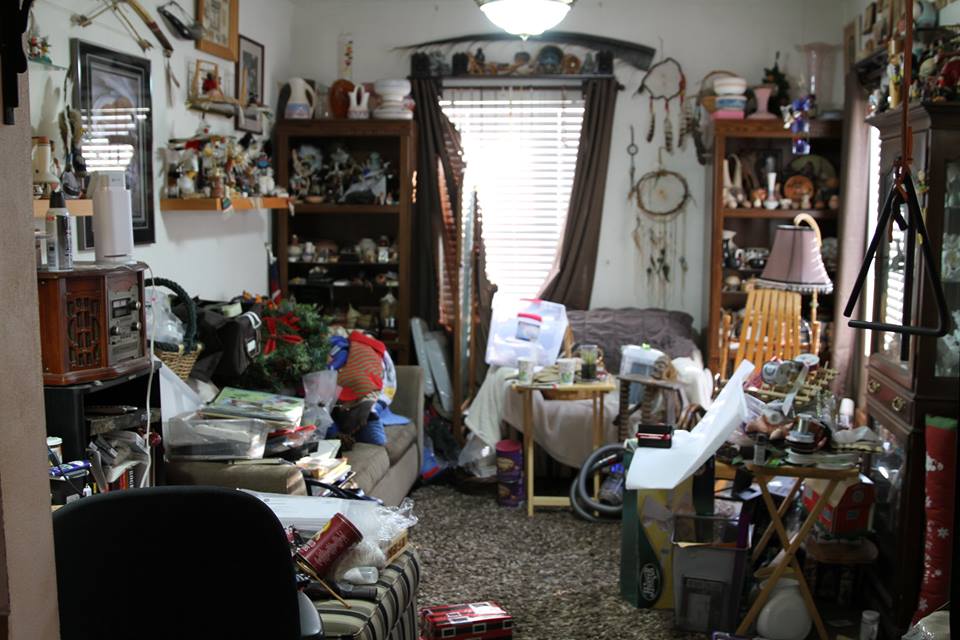 Unsurprisingly, selling a home full of trash can be a challenge. But even if your home is immaculate, your pack-rat neighbor could hurt its value. Health and safety concerns might turn off buyers.

For one, hoarder homes can be fire traps, and vermin also can be a problem, as real estate website Trulia noted. Overall, a couple of hoarder houses in the same neighborhood could cause your property value to sink by 5% to 10%, one appraiser told Honolulu magazine. 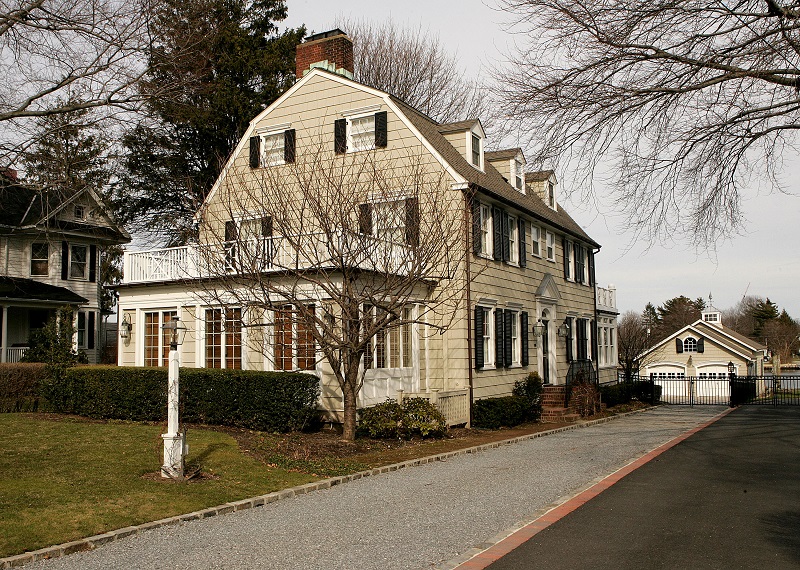 You might not believe in spooks and spirits, but if there are rumors your property is home to a poltergeist, selling it could prove a nightmare. Overall, only 12% of people said they’d pay full-market value or more for a home they believed to be haunted, a Realtor.com’s 2013 Haunted Housing Report found. Nineteen percent would need a discount of 50% of more to seal the deal.

In one famous case in New York, a sale was voided because the seller didn’t disclose she had spoken to both local and national media about the home being haunted. Although exact rules about what you need to disclose vary from state to state, you might be required to let a prospective buyer know about your home’s supernatural nature, especially if you’ve been telling others about the creepy happenings, according to Realtor.com.

3. Murders, suicides, and other tragedies

A home in Washington, D.C., was the site of a quadruple homicide | Chip Somodevilla/Getty Images

Even if there are no ghosts going bump in the night, a grisly or tragic past can curse a home’s value for years. Some notorious properties sit vacant for decades, are torn down, or eventually sell for far below market value. A house in the D.C. area that was the site of two different murders sat on the market for months before finally selling for nearly $200,000 less than similar homes in the area, the Washington Post reported.

The more sensational or recent the tragedy, the bigger the hit to property values. A unnatural death can drop a home’s value by 10% to 25%, real estate broker Randall Bell told CNN Money. “Some circumstances are so horrific … that the property loses all value,” he said.

Pro tip: You may be able to find out if anyone has died in your house by checking out this site.

Living on Elm Street rather than Elm Road could mean you’ll get a little bit less when you sell your home, according to data from Trulia. Properties located on a road sell for $109 per square foot, compared to those on a street, which go for $86 per square foot on average. Homes on drives, avenues, lanes, and boulevards also tended to have a higher price per square foot than those on streets.

It’s not your fault your neighbors couldn’t pay their mortgage, but their foreclosure can hurt you all the same. “Zombie” properties — abandoned or vacant houses — in your neighborhood can cause your home’s value to sink like a stone. Boarded up homes nearby caused nearby houses to lose 3% to 5% of their value, according to Bankrate.

Homes located on a sinkhole sell for 9% less on average than homes that are on more stable ground, a recent study by professors at Florida State University and the University of South Florida found. That’s true even if the pit is not near the house or if the damage it caused has been repaired.

The study looked at single-family home sales in Florida’s “sinkhole alley” and found even being located near a sinkhole could hurt a home’s value. The effect was much stronger for those homes that actually had a sinkhole on the property.

Having a church in the neighborhood might seem like a plus but not if it’s drawing in thousands of worshipers, according to Realtor.com. Homes near churches that had average weekly attendance of 2,000 or more sold at a 5.2% discount compared to similar homes. Noise is one reason for difference in price, but traffic is another a factor. 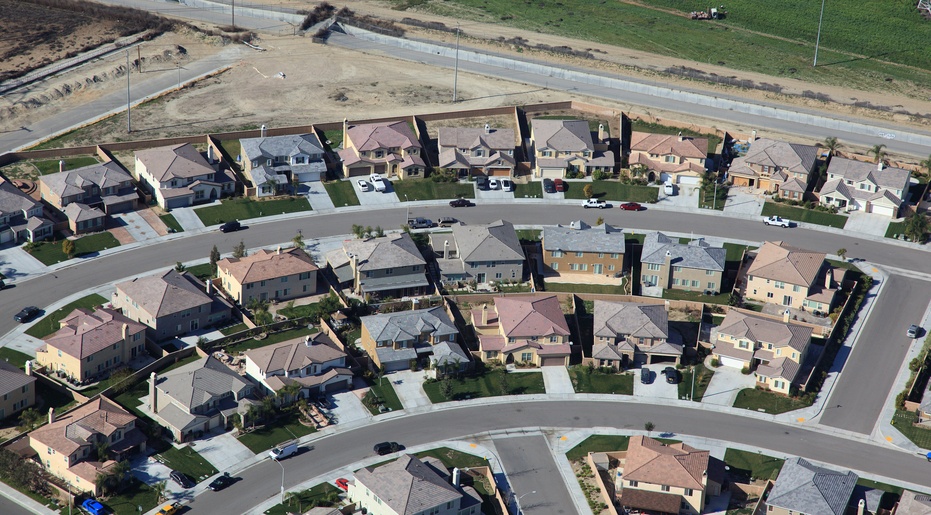 Homes in a subdivision | iStock.com/NLN

Your home’s value will fall as much as 12% is a sex offender moves in down the street, a 2008 study found. “Prices of homes near sex offenders decline considerably following an offender’s arrival in the neighborhood,” the report’s authors noted, with people living right door to the person suffering the greatest declines. Home within a 10th of a mile from a sex offender’s home fell 4% in value, a $5,500 drop on average.

Pro tip: There are also websites to find out if there are sex offenders in your area.

A billboard looming in your backyard can knock tens of thousands of dollars off your home’s value, a 2010 study of properties in Philadelphia found. Houses located within 500 feet of a billboard were worth $30,826 less than similar properties. Just having billboards in the neighborhood can hurt, the study found, with each additional billboard in a census tract deducting $947 from home values.

You might think people would want to live near a hospital. After all, a doctor would be only minutes away in case of an emergency. But sharing a zip code with the local emergency room could drag your home’s value down by 3.2%, Realtor.com found. Ambulance sirens and other noises are likely the reason for the discount.