What a Deal: LivingSocial Plans to Sell 13.8M Groupon Shares 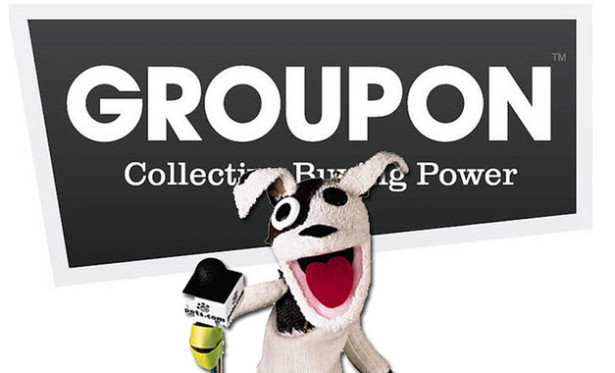 LivingSocial is not interested in taking shares from the enemy. According to The Wall Street Journal, Groupon (NASDAQ:GRPN) confirmed Friday that its biggest rival, LivingSocial, plans to sell all of its 13.8 million shares in the daily deals website. In Groupon’s filing with the Securities and Exchange Commission this week, the company said the shares represent about 2 percent of the company’s stock, and Groupon won’t receive any proceeds from the offering.

If you’re wondering how these two rivals came to exchange Groupon stock in the first place, think back to a deal announced in November involving Ticket Monster. The Korean e-commerce firm sells event tickets along with discounts on goods and services, and Groupon bought the company from LivingSocial in a deal that added up to $260 million in cash and stock, including Groupon shares.

The deal finally closed Thursday after initiating in November, but even then, LivingSocial maintained it wouldn’t hold on to its new Groupon shares. As it turns out, the company wasn’t lying.

The Journal reports that the Washington D.C.-based website plans to use the money from the sale to bolster its core U.S. business. Though consumers, investors, and analysts were initially surprised to learn that LivingSocial was willing to sell its Ticket Monster subsidiary to Groupon, many quickly recognized that the money would significantly help the cash-strapped company, which posted a net loss of $107 million in the first nine months of 2013 on $384 million revenue.

At $260 million — split between cash and Groupon stock — the transaction is not exactly a huge infusion for LivingSocial, but it will still help the company stabilize its business and support its efforts to compete with the other daily deals website based in Chicago.

Neither Groupon nor LivingSocial have been performing spectacularly lately, as both struggle to keep consumers engaged and interested, but Groupon rang in its fifth birthday in 2013 with a redesigned website, and LivingSocial says it has its own tricks up its sleeve.

The two companies currently share crowded space in the local commerce industry, but both have been vocal about maintaining that they are much more different than they might seem, although critics disagree. Last year, LivingSocial CEO Tim O’Shaughnessy likened comparing LivingSocial and Groupon to lumping eBay (NASDAQ:EBAY) and Amazon (NASDAQ:AMZN) together.

But that doesn’t mean the two companies still don’t go after each other. In November, All Things D reported Groupon’s calculated price-cutting attack that purposefully targeted LivingSocial’s business, making clear that the website has no qualms about cutting prices in order to squeeze the life out of its competition.

LivingSocial has responded to threats by dropping its own prices, but at the end of the day, both companies underline their goal to post profits, so they usually stop the price war in its tracks before someone else has to.

Despite the aggression on both parts of these companies, their latest deal with Ticket Monster proves that they can still be civil. Now, LivingSocial is ready to walk away with a little more money on its hands. As for Groupon, Ticket Monster said in November that it has $800 million in gross billings and 4 million active users, so it looks like in this case, both parties win.