What Are Employers Really Looking For? Incompetence 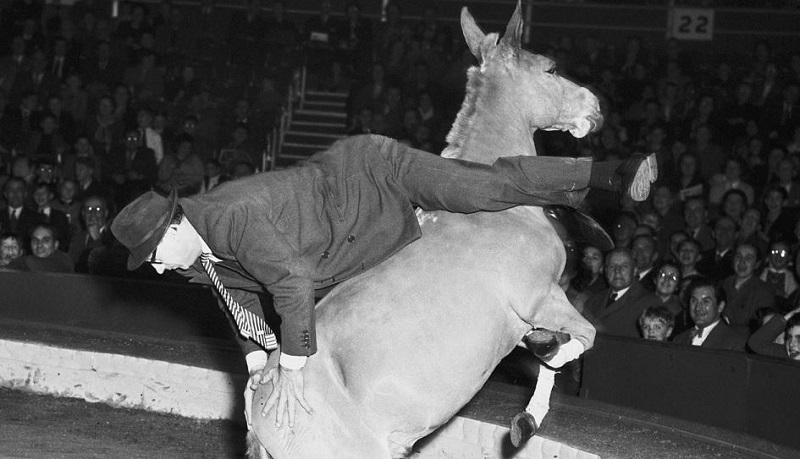 The meritocracy has crumbled. Stupidity runs rampant around the workplace. Even the most menial of tasks requires some sort of bureaucratic hocus pocus, and somehow, most of us put up with mismanagement, foolhardiness, and incompetence for years, if not our entire careers.

If you’ve ever wondered why those management teams, or individual managers themselves, who display the most amount of incompetence aren’t weeded out by the systems put into place to foster efficiency and promote strength, you’re not alone. But the sad fact of the matter is that incompetence, among the upper strata of many organizations, often goes unpunished. Actually, a good percentage of the time, it’s rewarded.

According to a Towers Watson Talent Management and Rewards Pulse Survey from 2013, published a couple of years ago, incompetence is rewarded by as much as 24% of all firms in North America. The survey points to a flawed system in which companies are paying people who fail to reach the expectations laid out for them. This is from data collected from 121 companies overall, roughly 75% of which were in the U.S., and the rest in Canada.

People are becoming more and more aware that performance has little to do with reward, and compensation, as studies of dozens of CEOs have pointed out. But it’s not just frustrating, for those still stuck on the lower rungs, trying to claw their way up — it actually has detrimental effects on the economy at large. But more than anything, seeing how incompetence can be rewarded so brazenly takes a psychological toll.

It really rings in the death of the ‘meritocracy’ — the foundation of the capitalist and American system. It’s the belief that if you work hard, and outshine your peers and competitors, you can make it to the top and achieve your goals of wealth, fame, etc. Though a great deal of Americans have effectively ruled-out any sort of meritocracy in our modern-day economy, many still cling to it. That’s not to say success stories don’t happen — they do. But by and large, social mobility has declined to the point where you are much more likely to die in the certain social class in which you were born.

With it becoming more and more clear to many workers that the ‘meritocracy’ is eroding, it’s going to change the way people think and act on a daily basis. Why bother trying hard if you’re not going to see anything come of it, and only watch the jerk in charge get rewarded for being a bumbling imbecile?

Basically, what we’re seeing is a total disruption of incentive programs. If the entire ‘carrot and stick’ paradigm falls apart, how are people supposed to stay motivated? This is the key question. And on an individual level, it can become quite disheartening to keep your productivity up and spirits high when you personally play witness to praise, and raises or bonuses, being doled out to the undeserving.

From a traditional perspective, you’d probably just want to keep your head down, and work even harder. It’s sound advice, and is likely what a good portion of people would do anyway. That doesn’t make the entire system any less frustrating, or address the issue. What is important to remember is these incentive and rewards systems, which are being found to increasingly reward incompetence and failure, are devised and put into place by the very people they are benefiting.

It’s similar to the problems we’re having with money in our political system. The only people who can actually change the system are the ones who directly saw a benefit from it, in the form of getting elected. They’re not about to turn around and throw a wrench in the gears of the machine.

With that in mind, it’s clear this problem runs deeper than just the everyday frustrations you may experience in the workplace. It’s a myriad of flawed ideas and system designs, all having coalesced over the years into flawed plans on how to deploy incentives. From an individual standpoint, you can make a fuss, or put your head down and hope you make it through.

With time, however, these systems will yield enough negative outcomes that a change will be forced.