What Can Small-Cap Stocks Tell Us About the Economy? 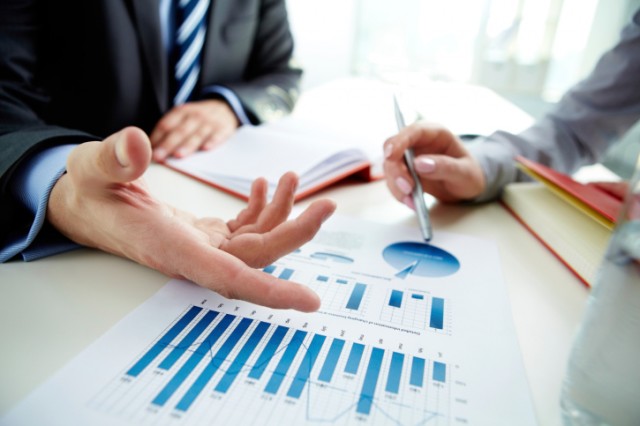 Recently there has been a lot of good economic news. Home prices are rising, jobless claims and the unemployment rate are falling, and retail sales — while tepid — are treading water. As a result, we have seen stocks trade to all-time highs. Furthermore, despite a weak start to 2014, the S&P 500 is up 7 percent for the year, and many analysts are anticipating more gains.

However, there are a couple of things that are misleading about the S&P 500 that I think investors should take note of. The first is that the largest components — e.g., Apple (NASDAQ:AAPL) and Exxon Mobil (NYSE:XOM) — have been aggressively buying back their own stock. In fact, many companies have been borrowing money to buy back stock. So while stocks may be pushing higher, this may not be in response to stronger earnings. I should also point out that the S&P 500 companies get a lot of their revenues overseas, and so the index’s strong performance doesn’t accurately reflect the state of the American economy.

Given this, I think we should look at small caps. For the sake of this discussion, I will look at the Russell 2000, and specifically the iShares Russell 2000 ETF (NYSEARCA:IWM). On Monday, this fund made a sharp move downward that I think is somewhat ominous. This is the case for two reasons. The first is that it was a strong selloff of 1.6 percent. The S&P 500 was down a mere 0.5 percent. The second is that the Russell 2000 hasn’t been making new all-time highs. In fact, on Thursday, the fund hit a double top at about $120 per share, making Monday’s downswing especially telling in that it has solidified the $120 per share level as a point of significant technical resistance.

Second, while a company of any size can get its revenues from virtually anywhere on the planet, a small-cap company is more likely to get the bulk of its revenue domestically, and so the performance of small-cap companies better reflects economic activity in the United States.

Third, large-cap companies have enjoyed certain privileges that can mask underlying corporate weakness. For instance, as I’ve already mentioned, some of the biggest large-cap companies have been borrowing money to buy back stock. They can do this because the borrowing rate is so low. Meanwhile, small-cap companies don’t have this same luxury: They can borrow money but it costs them more to do so, and as a result, it makes less sense for them to borrow money in order to buy back stock. Thus, the performance of small-cap stocks better reflects investor-based supply and demand, as there is little demand coming from the companies themselves.

So while the market can continue to move higher — despite the fact that it is historically overvalued with its 22 price-to-earnings multiple — I think that the underperformance of small caps is telling, and investors might want to use the disparate performances between large caps and small caps to take profits in some of their large-cap winners. There is nothing wrong with taking a profit, and you can always buy the stock back at a later date if you feel that selling was a mistake. But now is a time to start to de-risk while everybody is becoming excited about the so-called robust economic recovery.