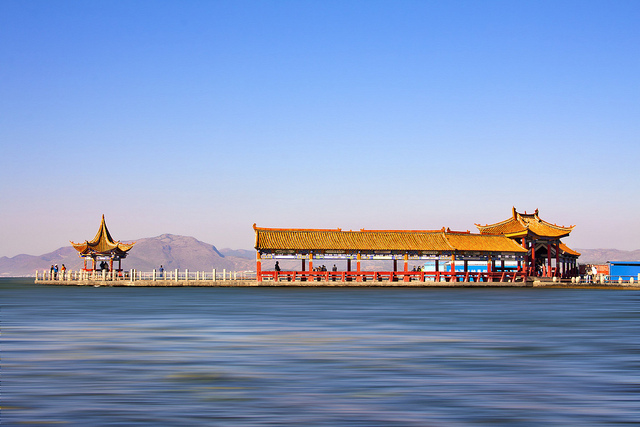 The Chinese government said it was facing the difficult task of keeping its economy thriving while respecting the environment at the same time. With the International Energy Agency warning of an unstable future, the world’s climate outlook may hinge on the development of major Asian economies.

“Climate change is already a serious threat to food, water, ecological and energy security, and to people’s lives and property,” a report from the Chinese government said. ”The mission to deal with climate change is very arduous, but knowledge in society and ability to do this are weak across the board.”

China in September surpassed the United States to become the largest oil importer in the world, according to the U.S. Energy Information Administration. In a country profile, the EIA said the Chinese government has put a priority on developing a natural gas and renewable energy-based power sector, though it still leads the world in terms of coal consumption.

Last week, Beijing said it installed 7.9 gigawatts of wind power, 3.6 gigawatts of solar, and experienced similar strides in nuclear energy and hydroelectric power this year. Combined, the 36 gigawatts of renewable energy added to the Chinese grid during the first 10 months of the year were twice what were installed last year.

Beijing said it’s on course to add more renewable electricity to the grid by 2035 than the United States and Europe combined. That wasn’t enough, however, for the government to declare victory over fossil fuels, the major source of pollution.

“Although our work at dealing with climate change has achieved some successes, basic abilities have yet to be raised up, and there are many weak links in our work,” the Chinese government’s report said.

The World Meteorological Organization said the level of greenhouse gases in the atmosphere reached a record in 2012, one of the warmest years on record. Australia is already on its way to recording its warmest year ever. CO2 from the burning of fossil fuels is the dominant form of emissions, and the WMO said that’s what is driving the warming effect on the climate.

The Chinese government said climate change is already having an impact on the agricultural sector and energy security. The government said droughts in the northern part of the country are more severe, while rising sea levels are threatening its coast.

Addressing pollution is one of China’s top priorities. Last week, however, states of emergency were declared to cope with the smog. But the problem isn’t China’s alone. Though natural gas accounts for the bulk of the energy mix in Southeast Asia, IEA chief economist Fatih Birol warned the region’s economy was moving from green to black because of the abundance of cheap coal.

World powers gathered for the annual United Nations climate change talks last month couldn’t agree on the best way forward to address the issue. As the economic upturn gains momentum, more countries are faced with a choice between cheap development and environmental well-being. Energy consultancy Wood Mackenzie said Chinese oil consumption should increase more than 40 percent by 2020. Though China has one of the more ambitious renewable energy agendas in the world, it’s linked long-term to a carbon-intensive future. If a top-down strategy won’t work, it’s likely little else will.