What Does Strong Jobs Data Mean for Your Portfolio? 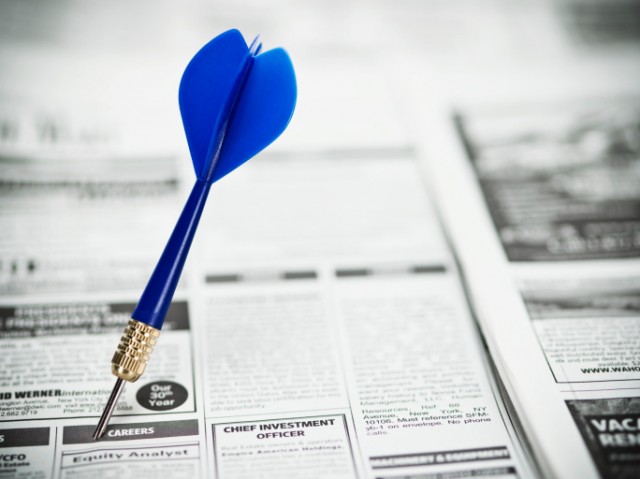 Investors typically believe that if the job market is good then this should create positive momentum for their stock holdings. The reasoning is that if the jobs data is good then the American economy is strong, and this means that corporate profits are rising and this should help stock prices rise. But this is an oversimplification, and in fact the stock market’s fundamental value probably has very little to do with the strength or weakness of the job market in the United States despite the fact that a good number usually pushes the market higher on the day of the report, and visa versa.

There are a couple of reasons for my suspicions. The first is that the above reasoning isn’t necessarily correct: a stronger jobs market doesn’t necessarily imply that corporate profits will rise. The reason for this is twofold. First, American corporations, for the most part, are American only insofar as they are headquartered in the United States. Many of them, especially the larger ones, get a lot of their profits overseas and are largely independent of the American economy.

Second, the headline jobs data is misleading because it ignores the fact that there are many Americans who have jobs that are below their pay grades. Many industries such as the automotive industry and the financial industry have downsized over the past few years and people in these industries have had to find work elsewhere. Thus, it is possible — and statistics suggest that this is the case — that we can have more jobs than we did back in 2007 but a lower aggregate standard of living. This doesn’t really bode well for stocks.

Third, suppose that reasoning is correct. Now, a stock’s valuation is determined by two things — its earnings, or earnings power, and what investors are willing to pay for these earnings. The latter has varied tremendously over the past several decades. Now the figure is very high because interest rates are so low, but if interest rates rise — and we are seeing signs that this may be starting — investors might be willing to pay less for a company’s earnings in the future than they are willing to now, and so rising earnings may not lead to a rising stock market.

Fourth, since the bottom of the market in 2009, stocks have followed a very simple pattern that has absolutely nothing to do with the state of the jobs market. The market driver has been the Federal Reserve. When the Fed is easing — as it has done during its3 quantitative easing phases — the market rises. When the Fed stops easing the market falls — as we saw in 2010 and in 2011. Right now, while the Fed is tapering, it is still easing by $35 billion per month, meaning that it is increasing the monetary base at a rate of nearly 1 percent per month. So long as this is going on, we can expect the market to rise. But if it stops we should expect the market to fall.

Ironically, this last observation means that the strong jobs number has a bearish implication for the stock market. After all, a strong jobs market means that the Fed is more likely to continue to taper and eventually raise interest rates. If it stops tapering we could see 15 percent – 20 percent declines such as the declines we saw in 2010 and in 2011. But if it actually starts to raise interest rates, this decline could become far more pronounced.

Ultimately, the jobs data has very little to do with the performance of the stock market. A strong number makes some people feel better about the economy, although these are the people who already have jobs and get a sense of job security, or they just got a job in which case the market’s optimism reflects their optimism. It also makes politicians look good. But if you saw the jobs data on Thursday and used that as a justification to buy stocks, you should really think carefully about the real consequences of the data and reconsider the basis for your optimism.