What Does the End of QE Mean for Markets? 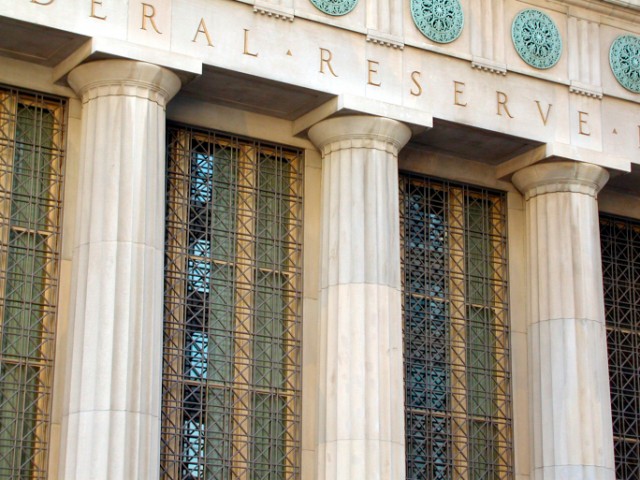 The Federal Reserve is reportedly on track to end its quantitative easing program in October. Assuming this takes place, the Fed will no longer be buying bonds and pumping new money into the economy.

On the one hand, one could argue that this is good news for the market. If the Fed is exiting its quantitative easing program then the economy should be improving, and that means that corporate earnings can rise and push stock prices higher. This seems to be the prevailing viewpoint on Wall Street.

However, we have heard this story before, and it hasn’t ended well. Quantitative easing ended twice before — once in 2010 and again in 2011. Both times were succeeded by a correction in the stock market that was halted by promises of more easing from the Federal Reserve, and both times the Fed followed through on its promise.

Thus, the underlying issue is whether or not the economy can stand on its own two feet without the Federal Reserve propping it up with its perpetual stimulus programs. While we all hope that it can, there is no strong evidence supporting this claim. The fact is that the American economy has been growing at a very slow rate over the past several years, and it even shrunk markedly in the first-quarter. This is despite the fact that trillions of dollars have been pumped into the economy.

An analogy is that the Fed is trying to inflate a balloon with a hole in it. If it blows hard enough, it can point to the balloon and show everybody that it is round and firm — and getting bigger. But when it stops blowing, the balloon starts to deflate again. Now, the Fed hopes that it can repair the holes in the balloon while inflating it. Its chance of success is virtually zero given that its only tool is more inflation.

So when the Fed stops blowing, as it plans to in October, I expect the balloon to begin to show noticeable signs of deflation. We have already seen signs of weakness in the mixed economic data. For instance Q1 GDP growth was negative, and retail sales growth has been barely positive. While there have been some positive signs as well the overall picture appears to be mixed, and this is likely due to the fact that there is less stimulus in the system. So when tapering is completed, I expect to see continuing signs of weakness, and this will prove to be an intermediate top in the stock market.

This shouldn’t surprise anybody who has seen the stock market decline each time the Fed has stopped its past bond buying programs, and I suggest that with this being the case investors should start to prepare now for a stock market decline. Take some profits and build up a cash position. In particular, I would take profits in stocks that already appear to be rolling over such as Amazon (NASDAQ:AMZN) or IBM (NYSE:IBM). Buy some gold; contrary to popular belief, the gold market doesn’t need quantitative easing to rise. Finally, look for signs to get back into the market. Chances are that if the stock market begins to decline the Fed will come back with a new quantitative easing program. Look for a sharp decline in stocks followed by a sharp rebound — perhaps in the same day. If you sell at the right time and repurchase your positions at the right time, you can do very well. But don’t get caught up in the prevailing idea that stocks will continue to rise unabated.