What Does the Future Hold for the American Dollar? 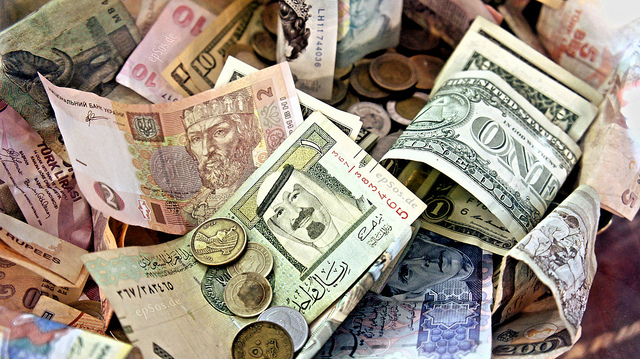 “The dollar is the weakest currency except for all the others,” George Soros, chairman of Soros Fund Management, told The New York Times last week. However, his confidence in the U.S. dollar is not shared by everyone with eyes on the market — even with the debt ceiling temporarily lifted and the federal government refunded.

“How can the United States preserve its financial and security leadership role when it conducts itself with such ineptitude and such disregard for the consequences for the world?” the Times reports Charles Dallara, a Treasury official for two former administrations, as asking.

According to The New York Times, two-thirds of the world’s foreign currency reserves assets, two-fourths of debt securities, and more than half of cross-border loans and deposits are held in U.S. dollars. With the instability of the American economy at present, some are hopeful of breaking that reliance. “It is perhaps a good time for the befuddled world to start considering building a de-Americanized world,” noted Chinese state news agency Xinhua.In a recent report called Reforming the International Monetary System by economists Emmanuel Farhi, Pierre-Olivier Gourinchas, and Helene Rey, the three examined ways to “limit the effects of individual and systemic crises and to decrease their frequency.”

Among their recommendations is the insistence that the international monetary system develops “alternatives to US Treasuries as the dominant reserve asset”; they describe the switch to a multipolar system as “inevitable.”

Barry Eichengreen — of the University of California, Berkeley — feels quite differently, according to Project Syndicate. “It is difficult to estimate the cost to the US of losing the dollar’s position as the leading international currency,” he said, but posited that “2% of GDP, or one year’s worth of economic growth, is not an unreasonable guess.”

However, according to Eichengreen, the negative effects would go beyond just the United States’s economic health. “Foreign investors, too, would suffer severe losses on their holdings of US treasuries,” he wrote, concluding, “Sane governments do not default when they have a choice.”