What Does the Future of Wall Street Regulation Look Like? 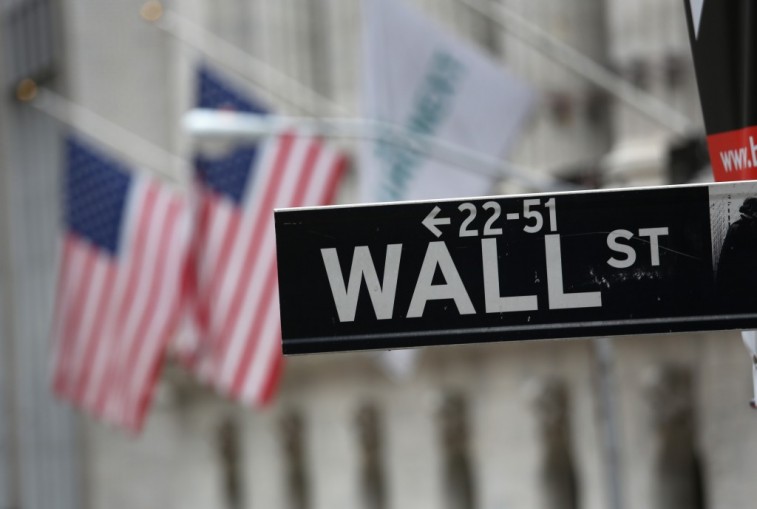 Looking toward the future, the next financial crisis will not be like the last. According to New York State’s first Superintendent of Financial Services, Benjamin Lawsky, known in the financial industry as the Sheriff of Wall Street, regulators cannot be so blinded by past problems that they fail to consider what new threats can arise. As he outlined in an interview with NPR ahead of his June retirement, Lawsky’s main fears are cyber attacks, not another crises spurned by the banking industry’s risky investment strategies.

Superintendent of Financial Services may seem like an obscure regulatory position, but the Lawsky-led department was credited with collecting billions of dollars in fines from big banks. He earned praise, and the enmity of Wall Street, for his dogged pursuit of misconduct in the financial sector, asking for heavy fines and tougher sanctions than other agencies. But with the Dodd-Frank Wall Street Reform and Consumer Protection Act still to be fully implemented and the less-than-perfect financial regulation system, his departure will leave a hole in the United States’ regulatory armor. The important question is who will pick up the slack, and what legacy did he leave his successor. Even more important to examine is the effect his retirement will have on Wall Street.

Are there still holes in U.S. financial regulation?

Lawsky spent his four-year tenure carving out an extensive bailiwick for the department that was created in 2011. But when detailing tasks left unfinished, he told NPR he wished it had focused on individual accountability for white-collar crimes earlier. In his opinion, the problem with the large and often-lauded fines he extracted from banks is that they do not fully address accountability. “Large fines will only get you so far, especially because a lot of that is just being handled by shareholders,” he further explained in an interview with CNBC’s Squawk Box. “If you hold individuals accountable, I think that is really when you are going to see a change in conduct.”

While the billions of dollars worth of fines regulators have collected from financial institutions like JPMorgan Chase were legendary, it is even more impressive that just a single investment banker (not even a single high-level executive) went to jail for the crimes that precipitated the worst recession since the Great Depression, even though more than 150 people and institutions were charged by the Securities and Exchange Commission.

Why didn’t the Justice Department focus on individual accountability?

There is no question that the Great Recession was the byproduct of intentional fraud, not simply a lack of caution. In its final report, the Financial Crisis Inquiry Commission used some variant of the word “fraud” at least 157 times to describe what lead to the crisis, concluding that there was a “systemic breakdown” in both accountability and ethical behavior. And this assessment is by no means the product of hindsight; in 2004, FBI Director Chris Swecker publicly warned of the “pervasive problem” of mortgage fraud, which was driven by the large demand for mortgage-backed securities. For its part, the Department of Justice has not given any indication that the financial crisis was not the result of the fraud in mortgage-backed securities.

But no prosecutions were made for several reasons, including the Justice Department’s belief that proving fraudulent intent on the part of high-level executives would be too difficult. Attorney General Eric Holder also told Congress bringing criminal charges would endanger the economy — a comment he later alleged was misinterpreted. A more accurate reason that no prosecutions were brought is not that these executives were innocent, but the mere fact the task was so large. Plus, the government had a hand in creating the circumstances that led to the financial crises, namely repealing a law that had prohibited banks from engaging in both commercial lending and investment.

Lawsky may not have prosecuted a single person for crimes related to the financial crises, but his office showed the banking sector that government could do more than slap wrists. He was able to levy large fines and significant punishments by threatening to revoke licenses. Thanks to him, dozens of executives have been forced to leave the industry.

Yet while Lawsky may be held up as an example, it remains true that the United States government responded to the crisis far differently than in past financial busts. After the 1929 crash, the head of the New York Stock exchange was imprisoned; 1,100 people were prosecuted, including top executives at many of the largest failed banks, after the savings-and-loan crisis in the 1980s; and when the bursting of the Nasdaq bubble in the 1990s revealed widespread accounting scandals, top executives from WorldCom, Enron, Qwest and Tyco went to prison. The 2008 crisis was much larger and more painful, but no similar crackdown ensued.

Interviews the New York Times’ Jesse Eisinger conducted a year ago with Wall Street traders, bank executives, defense lawyers and dozens of current and former prosecutors suggests that the fault lies with Justice Department, which decided after a series of prosecutorial failures to seek settlements rather than prison sentences when prosecuting white-collar crimes. This means there is work to be done in strengthening financial regulation in the United States.

Becoming law five years ago, the highly-controversial and byzantine Dodd-Frank banking regulations remain the most significant change to the financial industry since the Great Depression. It is a sprawling piece of legislation that covers 16 different categories, created numerous government bodies charged with overseeing the financial markets, and set out a path for dissolving large banks, without a government bailout, in the event of another crisis.

Few would argue the reform bill is perfect, but on the left there is a general consensus that it made the economy slightly safer and fairer by shifting power from banks to consumers, at least to a small degree. The problem for Washington and on Wall Street is divining where to draw the line between good or necessary banking and bad or predatory banking. And there are also battles left to fight over Dodd-Frank, especially about whether current rules force banks to waste money on regulatory compliance rather than lending. But with Federal Reserve Bank Vice Chairman Stanley Fischer warning that America should not “make the mistake of believing that we have put an end to financial crises,” officials, like Lawsky’s successor, will have a major role to play in the future of Wall Street regulation.

What about the future?

New York Governor Andrew Cuomo has the fate of Wall Street regulation in his hands when he chooses Lawsky’s replacement. According to The New Republic, he may either chose a revolving-door candidate like Jonathan Schwartz, who served as managing director and general counsel for JPMorgan Chase, or Rohit Chopra, the student loan ombudsman for the Consumer Financial Protection Bureau who has complained about the abuses of the lending industry and prompted big banks to complain about his assertive presence.