What Everyone Should Know After the ‘Ashley Madison Hack’ 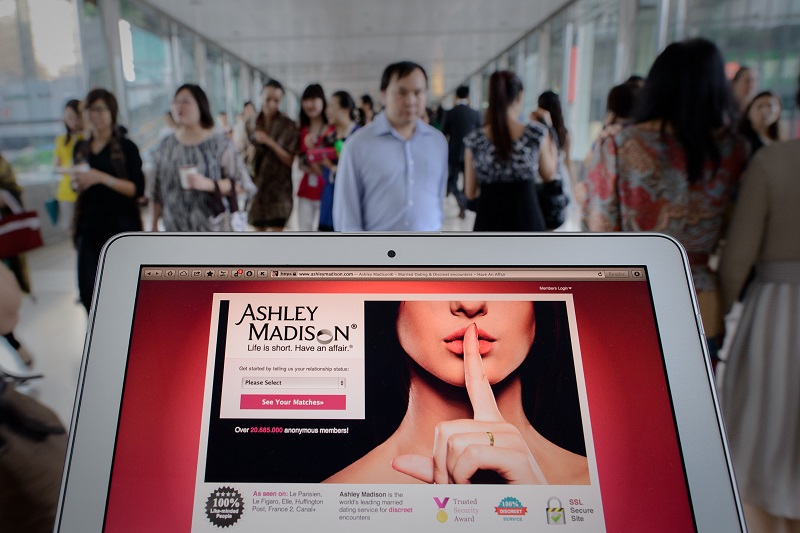 As you may have heard, extramarital hookup site Ashley Madison was recently taken to task by hackers. As a result, personal information for up to 37 million members was leaked, and some of it even posted online. Obviously, this is worst-case scenario for a site like Ashley Madison, whose supposed specialty is keeping people’s identities anonymous. For a company that fully depends on the trust and confidence of its users to keep their personal details under wraps, it’s unclear if the site will be able to claw back from such a high-stakes intrusion.

“We apologize for this unprovoked and criminal intrusion into our customers’ information,” the site’s parent company, Avid Life Media, wrote in a statement. “The current business world has proven to be one in which no company’s online assets are safe from cyber-vandalism, with Avid Life Media being only the latest among many companies to have been attacked, despite investing in the latest privacy and security technologies.”

Those other companies being referenced include AdultFriendFinder, which led to the leak of 35 million identities and personal details being leaked — including employees of the federal government.

In the wake of the Ashley Madison intrusion, the hackers have apparently made demands as a part of a manifesto. They say they want the site taken down, or they will post all of the company’s information online, according to an AP report.

It’s pretty crazy stuff, but not altogether uncommon. On a smaller scale, this kind of thing has been happening with increasing frequency over the past several years. ‘Cyber stick-ups‘, as some people call them, have become one of the more common scams and hacking techniques on the Internet, and sometimes include intruders seizing personal files from computers belonging to both businesses and individuals, and demand a ransom to get said files back.

But a hack on the scale of Ashley Madison or AdultFriendFinder? That should strike the fear of God into some people.

Even if you’re not someone who frequents sites like Ashley Madison, or even other hookup sites or apps like Tinder or OK Cupid — why should you care? Well, there’s a clear lesson to be learned, and it’s that if companies like these can’t keep their users’ information under wraps — as their entire existence predicates — then what hope do you, on a personal level, have of keeping your stuff out of thieving hands?

Probably none. The fact is, if somebody is out to get your information, they probably can. And it doesn’t help that people have grown overly comfortable sharing a good amount of personal information on social media sites like Facebook. Put yourself in a hacker’s shoes; if you really were out to ruin someone, how hard would it be, given the tools and access provided to you?

With that in mind, you may want to take the Ashley Madison hack as a wake-up call of sorts, and get your social media, financial, and all matter of other online accounts in order. Of course, there is only so much you can do, but putting up a few lines of defense is better than not.

First and foremost, the easiest way to limit your exposure is to stop divulging everything about your life online. Yes, we all love social media, but using it in a responsible way is not really something anyone is taught, or thinks about. Imagine you were a teenager these days — how many awful, embarrassing things would you be pasting onto the Internet every day? Keep personal details to a minimum, and put up general safeguards, including privacy filters and by keeping your emotions in check before spilling your guts about your personal life for everyone to read.

Other ways to keep increase your safety are to change your passwords at regular intervals, check out some encryption software, and read up on the world of cyber-security and how the Internet and computers work in general. If you can understand how a hacker might be able to access your stuff, you can better understand how to stop them.

Again, after seeing what’s happened to Ashley Madison and AdultFriendFinder — companies that would not exist without anonymity — you should put a little effort to fortifying your information. Just because you’re not on the hunt for a mistress doesn’t mean you shouldn’t be engaging in proper security protocols.