What Happens to Oil Markets if Iraq Collapses? 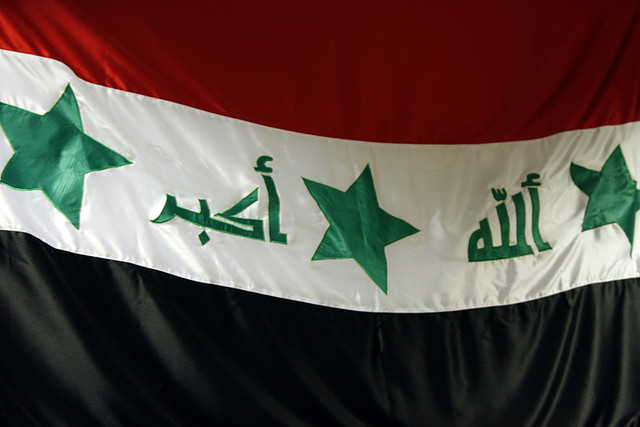 Oil production from Iraq may be in decline along with political stability in the country. The government aims to produce 9 million barrels of oil per day by the end of the decade. A weekend attack on an oil pipeline to Turkey, however, highlights some of the export restrictions that are keeping investors at bay. Iraq’s oil production increased exponentially between 2010 and 2012. Without the external support keeping the country’s economic and political systems in check, however, the country may collapse under the weight of both domestic and regional pressures.

Iraq’s North Oil Co. reported a crude oil pipeline from Kirkuk to the Turkish port city of Ceyhan was bombed by insurgents Sunday. That leaves oil production in the Kurdish north of Iraq curtailed for at least three days while crews work to repair the pipeline, the target of frequent attacks.

Norwegian oil and gas company DNO International last week reported its Tawke field in the Kurdistan region gave up an initial yield of 25,000 barrels of oil per day, a regional record. The company said work is under way on a second well and preparations have begun for a third.

The Kurdish region is relatively calm and economically vibrant when compared to the rest of the country. Saturday’s attack, however, took place near the northern city of Mosul, once dubbed the unofficial capital of al-Qaida’s wing in Iraq.

In the south, aging infrastructure at the Rumaila field is curbing the field’s production potential. The lack of sufficient storage capacity near export terminals in Basra means production from Rumaila, one of Iraq’s most lucrative fields, could at times decline by as much as 200,000 bpd.

The American presence that kept much of Iraq’s violence from boiling over ended in December 2011. Sectarian violence has now re-emerged in the country and the recent death toll is close to the record levels witnessed when Iraq teetered on the brink of civil war more than five years ago, when hundreds of thousands of U.S. troops fought in close quarters in Baghdad’s neighborhoods. In early July, outgoing U.N. special envoy to Iraq Martin Kobler said a cloud of fear had descended over much of the country. At least 50 people were killed and more than 100 others were wounded in multiple attacks on Monday in Baghdad.

The Organization of Petroleum Exporting Countries said in its latest monthly market report that Iraq produced 2.9 million bpd in June, more than 2 percent less than it did in April. The June figures are more or less on par with what was heralded as the start of the country’s resurgence as a major oil producer two years ago. The government said it expects to see oil production reach 3.4 million bpd by the end of the year and hit the 9 million bpd mark by 2020. In the 10 years since the invasion, former dictators like Moammar Gadhafi and Hosni Mubarak have gone the way of Saddam Hussein. With post-revolutionary governments in the region collapsing, and pressure building from the civil war in Syria, the trajectory for Iraq during the next few years is downward. Its oil ambitions, much like its political ones, may prove to be unrealistic to say the least.

Don’t Miss: Retirement Planning: Does Having the Right Information Even Matter?