What This Man Learned from Working 50 Jobs in 50 States 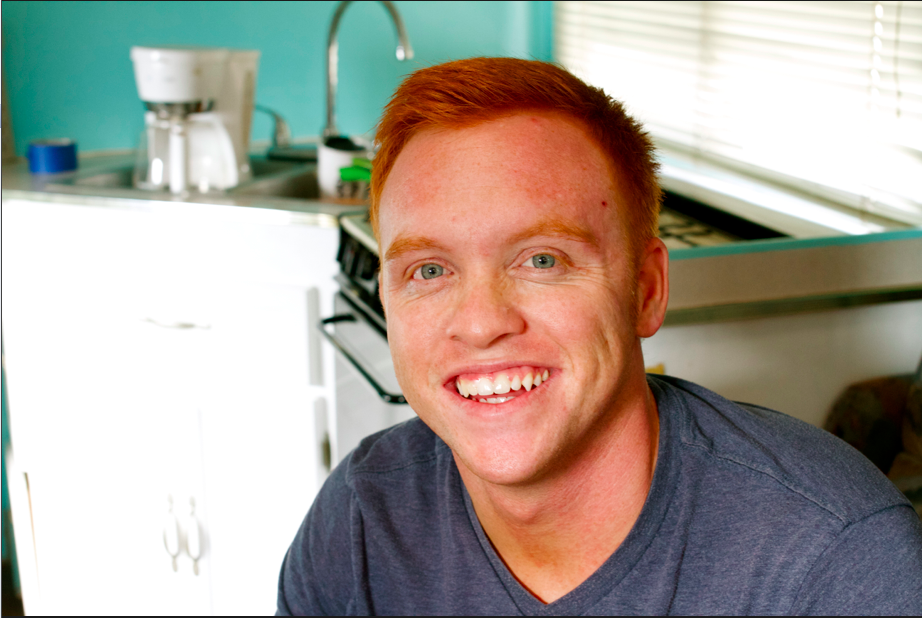 There’s a lot of people who would say they’re not happy with their jobs. But not too many of those people would quit that job, say their vows, and pack up an RV for a yearlong journey across the country. But that’s exactly what 24-year-old Heath Padgett and his wife, Alyssa, did in order to get out of a career rut and discover what hourly work in America is really like.

In 2014, the Padgetts traveled to each of the 48 contiguous United States and Heath worked one shift in an hourly position in each of those states. He was a server at Buffalo Wild Wings, a vodka bottler, a goat farmer, a stable boy, and many, many more positions that spanned the spectrum of wage work in the U.S.

The couple had talked about doing some sort of extended travel in the United States for their honeymoon, Heath Padgett said in an interview with The Cheat Sheet. And as Padgett grew less enchanted with his sales job in Texas for a tech company, they saw an opportunity to do some career exploration along the way. Padgett called his travels “speed dating with jobs” — an opportunity for him to explore various career paths and try his hand at wildly different experiences.

But Padgett’s bigger mission was to spend his time interviewing the people he worked with, compiling notes and video clips for a documentary called Hourly America, meant to highlight the importance of workers in the U.S. who depend on an hourly wage. Padgett collected their stories and their perspectives, both for advice he could use in developing his own career but also for the sake of the film.

Sometimes, he’d arrive in a city and go knocking on business doors, asking to work a shift or apprentice with experts in their fields. Other times, Padgett set up the gigs through a sponsorship with Snagajob, a company that pairs available workers with hourly positions across the country. Padgett finished up the last of the 50 jobs in 50 states earlier this year, by traveling to Alaska and Hawaii. Now, the couple is still living in their trusty RV while working to put together the documentary, due out next year. (Padgett says they’ve formed quite a community within the RV world, and will live in theirs for the foreseeable future). We chatted with Padgett, to see what he learned from his travels and his work. Here are the key lessons he shared with us.

Traveling in an RV across the country is a risk in itself, and Heath and Alyssa experienced a mechanical breakdown or two. (Padgett discusses it in part on his blog, which he kept during the trip and continues to update.) But many of the real risks involved quitting a steady job, making cold calls to Snagajob for the sponsorship and to many businesses, asking them to hire him as part of the documentary project. Above all, it was a willingness to not settle for the status quo to ward off complacency. “Nobody knew who I was or why they should let me come in and work for a day,” Padgett recalled, especially in the first few weeks of his trip.

What’s more, realize that taking a risk might develop over the course of significant time. Padgett spent more than a year on the road, gathering stories from coworkers and observing the culture of work in America. “What I found out was that it didn’t depend on the company or where I was for how much I would enjoy it,” Padgett said. In many instances, the value of work depended on the culture of the business and the people he was surrounded with.

Padgett graduated from Concordia University in Texas, and studied business and communications. “It’s a fad right now to hate on colleges,” Padgett said, and admits he has several thousand dollars in student loan debt. Still, the experience taught him a lot and helped to prepare him for this particular part of his life, too. While in college, Padgett began his own clothing line and was taking marketing classes at the same time he was figuring out a marketing strategy for his own entrepreneurial ventures.

That experience gave him career feedback as he was starting out on his own, he said. “When you’re actually doing your career in real time, it’s more beneficial. It’s more tangible,” he explained. One of the other realizations he came to while on his Hourly America trip was that trade jobs, though seemingly undervalued by the larger culture, fill a huge gap in the workforce. Everyone wants to own a tech company, Padgett said, but learning how to fill needs in a community and learning crafts are extremely valuable.

If you’re looking to make a change in your life or career, Padgett will be the first to tell you to go for it. But he also advises starting small, and having a plan for branching into completely new territory. “You don’t want to quit your job and then have nothing going on,” he explains. Instead, if you’re growing complacent in your day job and you want something new, try doing something you love on your off hours. Spending the time before and after work doing something you’re passionate about. If you’re able to find ways to make money doing it, all the better.

For his part, Padgett had begun blogging, creating posts for LinkedIn, and experimenting with his writing before he quit his sales job and traveled around in an RV. Those extra things made him happy, and gave him experience so he was prepared to make the leap into unknown territory for his Hourly America tour. “It allowed me to go into it without crashing and burning,” he said. 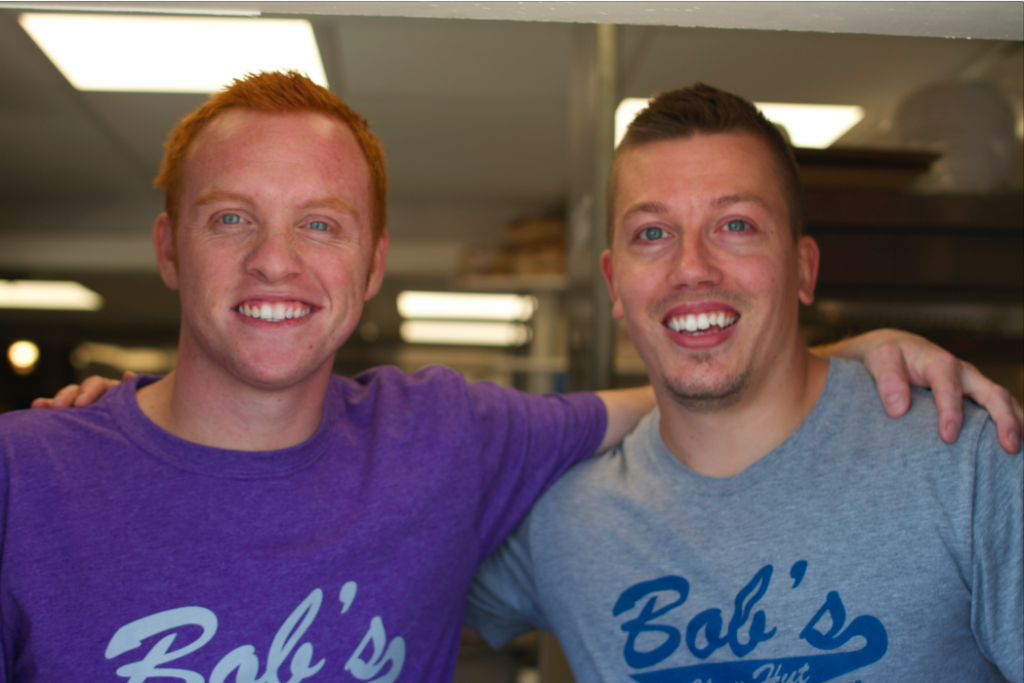 One of the things Padgett learned about hourly workers is that not too many of them are stuck earning a minimum wage for too long. When he worked at a White Castle in New Jersey, two of the women he worked with received consistent raises just months after beginning their positions. Their manager makes around $75,000 per year, they told him.

“You can work some of these jobs and make a decent wage, especially if you’re good at what you do,” Padgett said. It might not happen quickly or automatically, but working hard in any job will likely allow you to move up the ranks — even if that means you start in a position where you’re licking stamps, flipping burgers, or some other menial task.

5. Advocate for your employer

In one position working at Bob’s Clam Hut in Kittery, Maine, Padgett watched an employee attempt to convince a customer that they had the best clams in Maine — not just some of the best. The five-minute conversation showed how passionate the man was about his job and about the business he worked for, and Padgett was impressed.

“I don’t know if he changed her mind, but I knew I was sold. Never before had I seen such passion from a regular employee who wasn’t the owner,” he recalled in a blog post about the day. The employee had a college education, was a “normal” guy in Padgett’s estimation, and took incredible pride in his work. In that, Padgett began to realize there are still employees who are passionate about what they do, and companies who foster that spirit. “To me that was inspiring,” Padgett said.

Following a stint at home in Austin, Texas until after the holidays, Padgett and his wife will hit the road in their RV again, to finish up work on the documentary. But even after their official travels are over, Padgett said he’s not so concerned about finding the perfect career. “I think it [the trip] opened up my eyes a lot to see that I could be happy doing just about anything,” he said.

In his worst-case scenarios, Padgett said his worries about his career include working low-wage jobs while living in a trailer somewhere. “But then that’s what I did the past year,” he said, and actually enjoyed it. To Padgett, his end-of-the-road scenario was what he embraced, and turned into an opportunity to highlight the working lives of many Americans.