What to Do When Inheriting a Large Estate From Your Spouse

A husband and wife not long into retirement age come together to a financial planner to map out the rest of their years together, a sensible move when trying to tame the future. Just one year later, the husband is dead and, for the first time in almost four decades, the widow faces a future without her spouse and an overload of complex finances.

“I think I met her once before he died,” says Rob O’Dell, co-founding principal of Wheaton Wealth Partners of Wheaton, Ill., and Naples, Fla., who added that this widow, like many of her contemporaries, habitually deferred money matters to men.

At least her situation was a curse of plenty: some $7 million in payouts from her late husband’s life insurance. “He was a great guy,” O’Dell recalled, “but a little disorganized. Assets all over the place.”

O’Dell first advised she make no major money moves for about 18 months, beyond paying off some debt (“the mortgage, some consumer debt”), and instead worked to pinpoint various assets and prioritize financial moves further down the road.

Then the widow moved on to what O’Dell credits sudden wealth guru Susan Bradley with terming a ‘bliss list,’ long-desired activities that a beneficiary won’t do initially. “She was thinking about a European cruise, maybe buying a condo to reduce her lifestyle,” O’Dell says.

One early tip O’Dell gave: Maybe rent after selling her primary residence before plopping down $300,000 for a condominium. O’Dell also helped her assess her money risks, such as dangers of more market risk than necessary to accomplish her wealth objectives, lack of umbrella insurance (which gives protection over the limit of current liability policies) needed to strengthen her coverage, and creating a plan for her charitable donations. 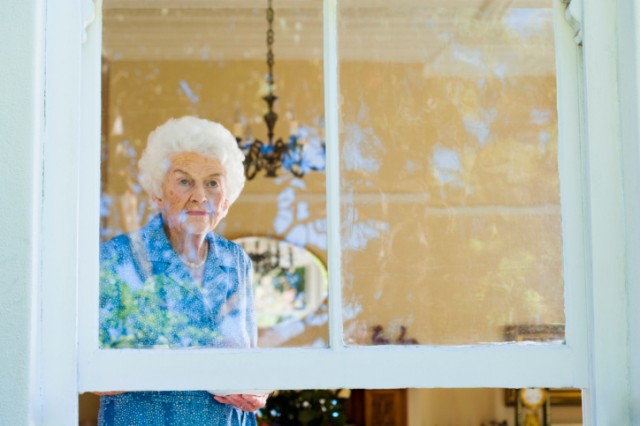 Together they restructured her $150,000 individual retirement account to a Roth, which gives her tax-free growth and helps with income tax deductions from the large amount of charitable gifts she made as a memorial to her husband.

As often happens in such planning situations, O’Dell worked with the client’s kids, in this case a son. Technology – often not the first tool you think of to handle emotional times – also lent a hand.

Using a proprietary electronic organizational system InsightMap to clarify her personal goals and assets and the tele-networking system GoToMeeting, O’Dell worked with the widow and her son to determine her family structure, net worth, obligations and financial opportunities, holdings, priorities, professional team of advisors, and other factors to help her define “wealth.”

Typically, regarding that definition, “we hear about more than finance, such as connections to kids,”’ says O’Dell. The widow, for example, was of deep faith and always seeking “a right relationship with her Creator.”

“We find out who the kids are and who they’re married to,” he adds. “We get a real good feel for where that family’s at. We break down goals and check off accomplishments. Clients like to see where they’ve been.”

“For many people now, retirement is a launching pad and not a destination,” O’Dell says.

Meeting with a planner before her husband’s death helped the widow clarify a complicated money situation. “She knew what was coming,” O’Dell notes.

AdviceIQ delivers quality personal finance articles by both financial advisors and AdviceIQ editors. It ranks advisors in your area by specialty, including small businesses, doctors and clients of modest means, for example. Those with the biggest number of clients in a given specialty rank the highest. AdviceIQ also vets ranked advisors so only those with pristine regulatory histories can participate. AdviceIQ was launched Jan. 9, 2012, by veteran Wall Street executives, editors and technologists. Right now, investors may see many advisor rankings, although in some areas only a few are ranked. Check back often as thousands of advisors are undergoing AdviceIQ screening. New advisors appear in rankings daily.