What We All Can Learn From Paul Ryan 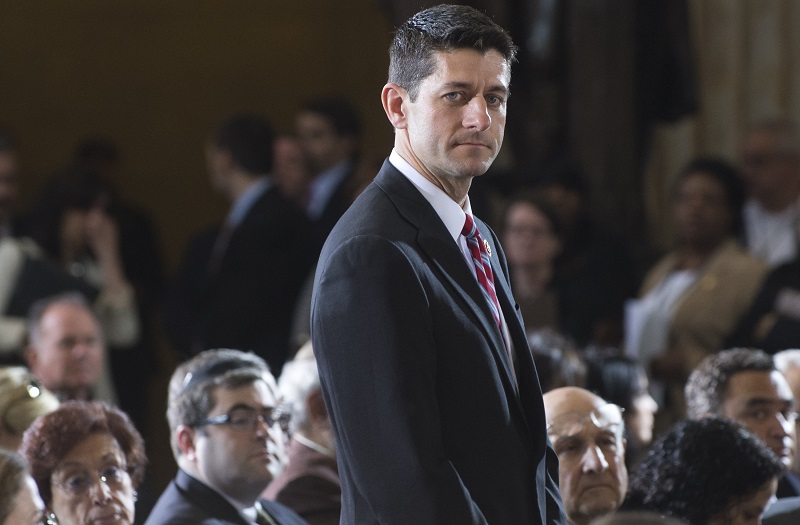 Paul Ryan, the Congressman serving the 1st District in Wisconsin, and 2012 Vice Presidential candidate, recently assumed the position of the 54th Speaker of the House. It was a considerable promotion for Ryan, as the role of Speaker is traditionally one of the most important positions in government.

But in Ryan’s case, things were different. When John Boehner announced his intention to vacate the seat, a curious situation arose: nobody wanted the job. Seriously, nobody wanted to be Speaker of the House. There are a number of reasons why that was the case, but it mostly concerned an offshoot of the Republican party, the ‘Freedom Caucus’, making the job an absolute nightmare.

For that reason (among others), Ryan, and almost everybody else in a position to take over as Speaker, had virtually no interest in doing so.

So, how did Paul Ryan end up taking the job? He did something that all of us should be doing when on the job hunt, or even if a recruiter or headhunter comes knocking: he negotiated.

Ryan, knowing full-well that he wasn’t all that crazy about taking over Boehner’s old role, threw out some demands. He said that he wanted weekends off to spend with his kids. He wanted to shy away from spending significant amounts of time fundraising. Perhaps most importantly, he said he wanted that troublesome ‘Freedom Caucus’ to actually work with him, rather than against him.

His list of demands made the rounds, were mocked, and discussed in-depth for a news cycle or two. But the key thing to remember here is that Ryan was in a position to do it. His party wanted — needed — him to take the job. So they were going to have to make some concessions. Ryan was in a position of power in the negotiations, and he knew it.

The lesson we can all learn from Ryan’s ascendancy to the Speakership is just that: learn to recognize when you are in a position of power, learn some tactics to properly use that position to your advantage, and negotiate to get yourself into a better position.

There is a ton of material out there to bone up on your knowledge regarding negotiation strategies, and using proper techniques has gotten a lot of people big promotions and raises over the years. But it’s also something that most people are really uncomfortable with, meaning they are at a disadvantage before they even walk into the room.

If you can properly frame the act of negotiation in your mind, and become comfortable, or even excited, with what you’re doing, it can actually be fun. Being a skilled negotiator is something that everybody wants, and it can even become one of your more marketable skills.

Jeff Weiss, a Partner at Vantage Partners and a faculty member at Dartmouth’s Tuck School of Business and the United States Military Academy at West Point, recently discussed negotiation on the Harvard Business School’s Ideacast podcast, and said that being comfortable with the process can lead to very good outcomes.

“If you approach negotiation in an interest-based way, really understand what you are looking for the level of interest rather than a level of solutions, and understand what the other side or sides is looking for at the level of interest rather than positions and solutions, you have a very good chance, if you’re well-prepared and you’re disciplined, to be able to get creative and find solutions that might be far better than what you ever expected, and the other side or sides ever expected,” he said.

Of course, in the case of Paul Ryan, it’s hard to ignore the sense of irony that his list of demands and negotiation tactics conjured up. His state, Wisconsin, recalled its governor Scott Walker after he stripped public employees’ right to negotiate, after all. And Ryan’s demand for more family time comes in stark contrast to his policy positions involving family leave and paid time off.

But politics aside, the important thing to take away from Ryan’s jump to Speaker is the way in which he managed to negotiate his way into the job. We can all learn from that — especially when we’re in a position of power in the negotiation.