What Will Happen To All That Failed Retail Real Estate? Here Are a Few Creative Ways People Are Repurposing Empty Stores

Have you heard? Shopping malls are on the way out. Reports calculate that more than 90 million square feet of retail space is set to close in 2018, and closures may eventually surpass the 105 million square feet that shuttered in 2017. The slow death of America’s retail space is nothing new, unless you’ve been living under a rock. Shoppers just don’t shop like they used to. Empty retail malls liter the streets leaving many of us to ponder what can be done with all that prime — at one time — real estate up for grabs.

Developers are getting creative, retrofitting these empty stores in brilliant ways. Some have been successfully repurposed as new schools or additional campus space for local community colleges. Others are going for a much more productive approach. What can you expect in your community moving forward? Ahead are 10 ways failed retail spaces across the U.S. are being transformed for the future. 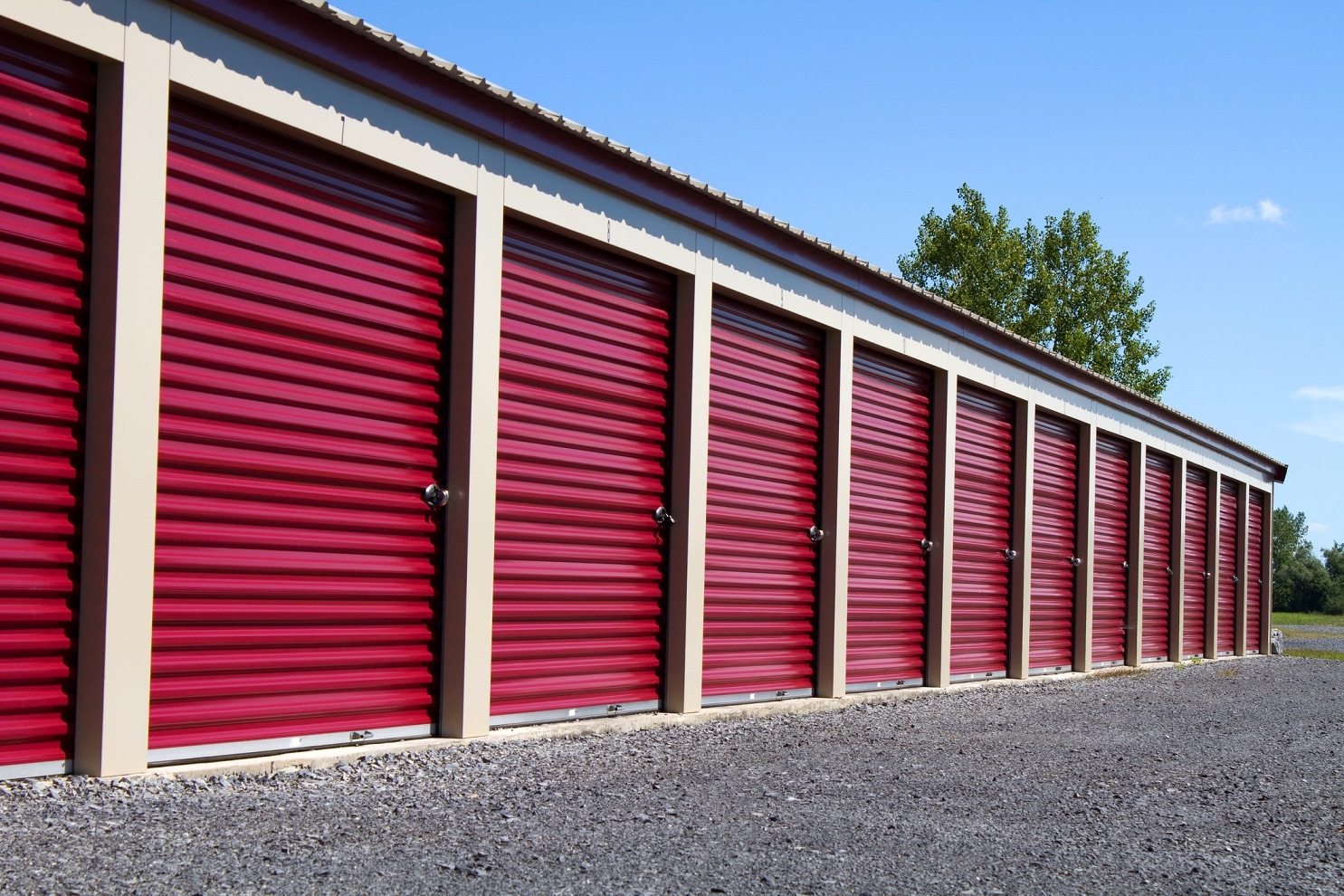 Some retail spaces have changed from a place to buy stuff to a place to store stuff. | sframephoto/iStock/Getty Images

The self-storage business is thriving. Boomers are downsizing, and millennials can’t stop buying stuff, so it seems logical to convert abandoned retail space into self-storage facilities. Mall footprints are already primed with tiny storefronts that can be easily repurposed into mini-storage units available for rent. Warehouses and malls are doing just that all over the country, seeing as one in 11 Americans pay good money for storage space nowadays.

Next: A silver lining for failed shopping malls 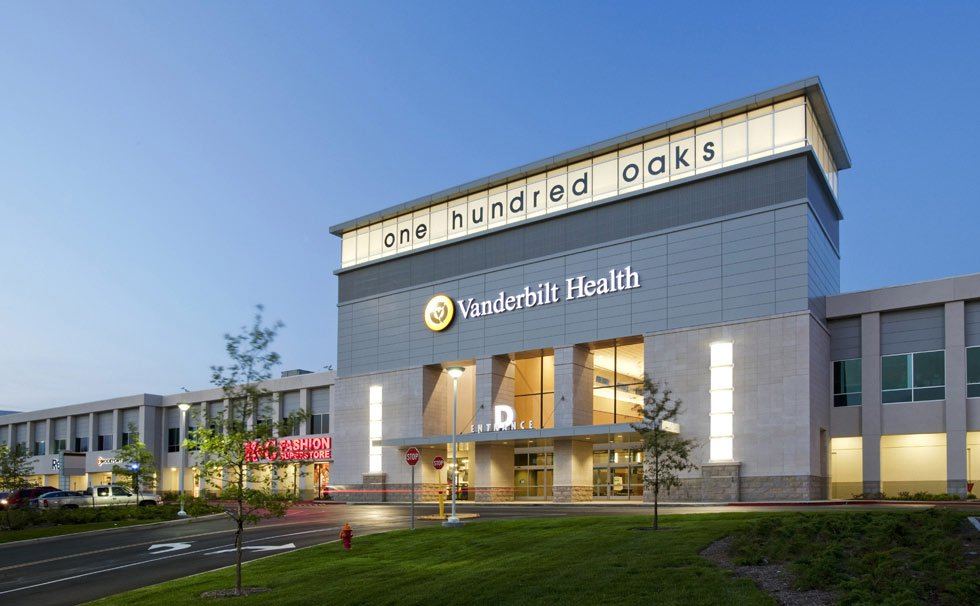 The hospital is now in a mall. | Gresham, Smith and Partners via Facebook

Hospitals are another way developers can bring new life into dead malls. Large spaces with ample parking seem like a no-brainer to medical administrators looking for additional real estate to house their doctor’s officers and medical centers.

Vanderbilt University Medical Center found a solution to their expansion woes by taking over the entire second floor of a struggling mall in Nashville, Tennessee. One of Jacksonville, Florida’s unhealthiest neighborhoods made the best of a failing situation and repurposed abandoned retail space into a medical center packed with a pharmacy, gym, and therapy facilities.

Next: From church clothes to church pews

This former department store has since been transformed into a giant church. | ABaker/Wikimedia Commons

When Dillard’s — a department store that’s been struggling for years — finally bit the dust, Southland Christian Church in Lexington, Kentucky bought the mall for $8.1 million. Architects transformed the mall into an auditorium, nursery, school, and classrooms, as well as a 2,800-seat worship center. Similar church-themed renovations are also underway in Ohio and Michigan, according to an article in The Atlantic.

Next: Take a page from giant corporations 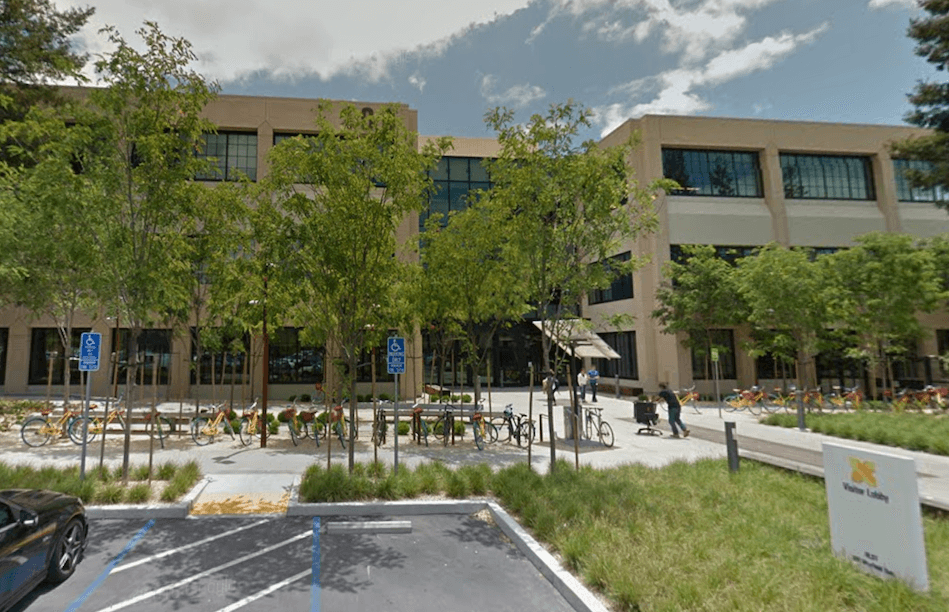 This California mall has become a Google office. | Google Maps

It’d be a shame to let thousands of square feet go to waste once mall sales decline beyond repair. One way to repurpose such space is to transform the buildings into hub offices or call centers like Google and HP have done in the past. Google erected its new 500,000-square-foot Google Glass headquarters in California’s Mayfield Mall when it shut down in 2013. Amazon recently announced plans to construct its latest fulfillment center in a dilapidated Ohio mall.

Next: Leveraging experiences for profit 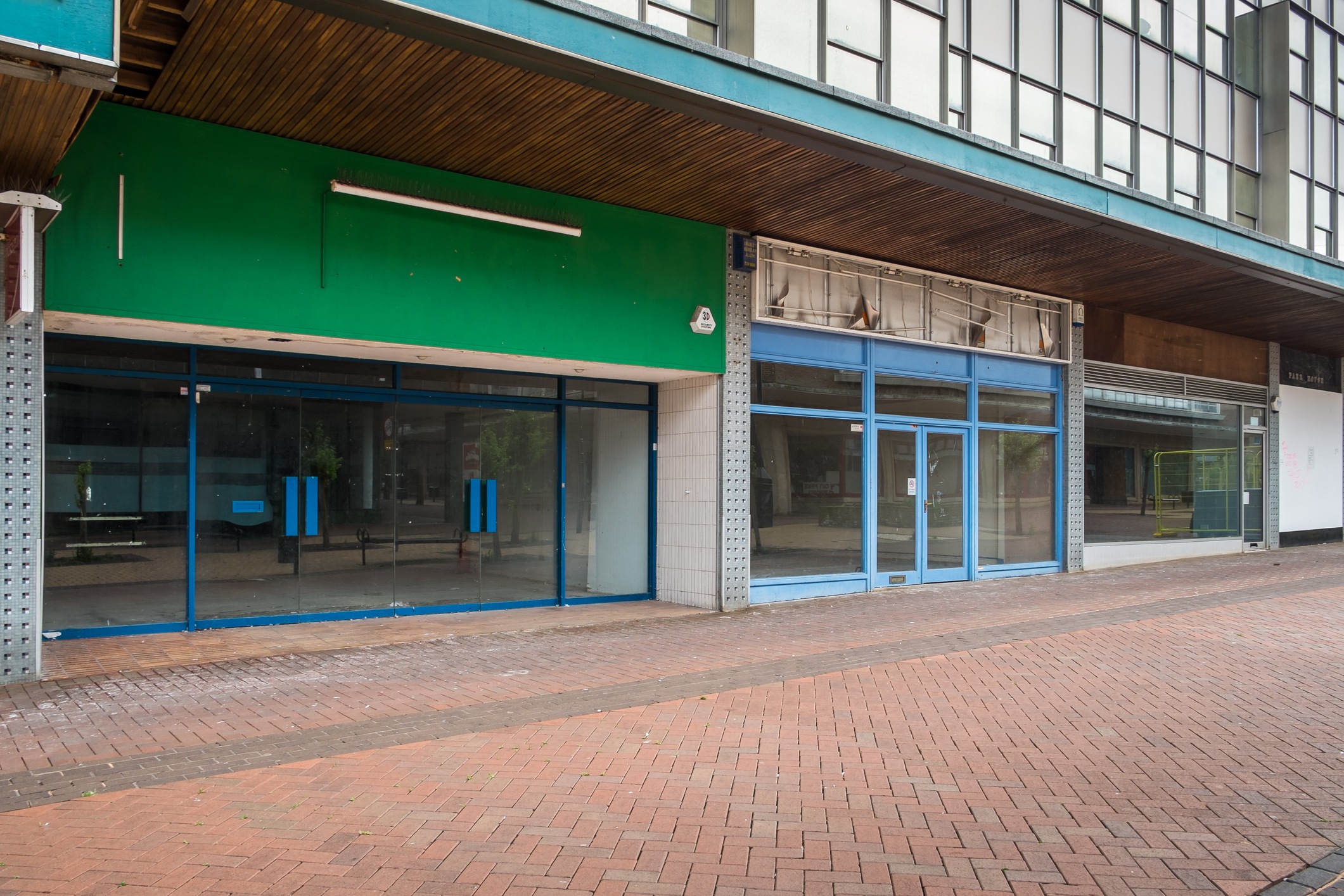 Dead malls are being turned into entertainment spaces. | lucielang/iStock/Getty Imagse

A former mall in Los Angeles crafted a mini main street to lure customers back in complete with a trolley, summer concert series, and an urban boulevard. New York developers turned its sunken mall landscape into a blowing alley, comedy club, and an indoor-rope climbing course.

Next: A new take on an old mall 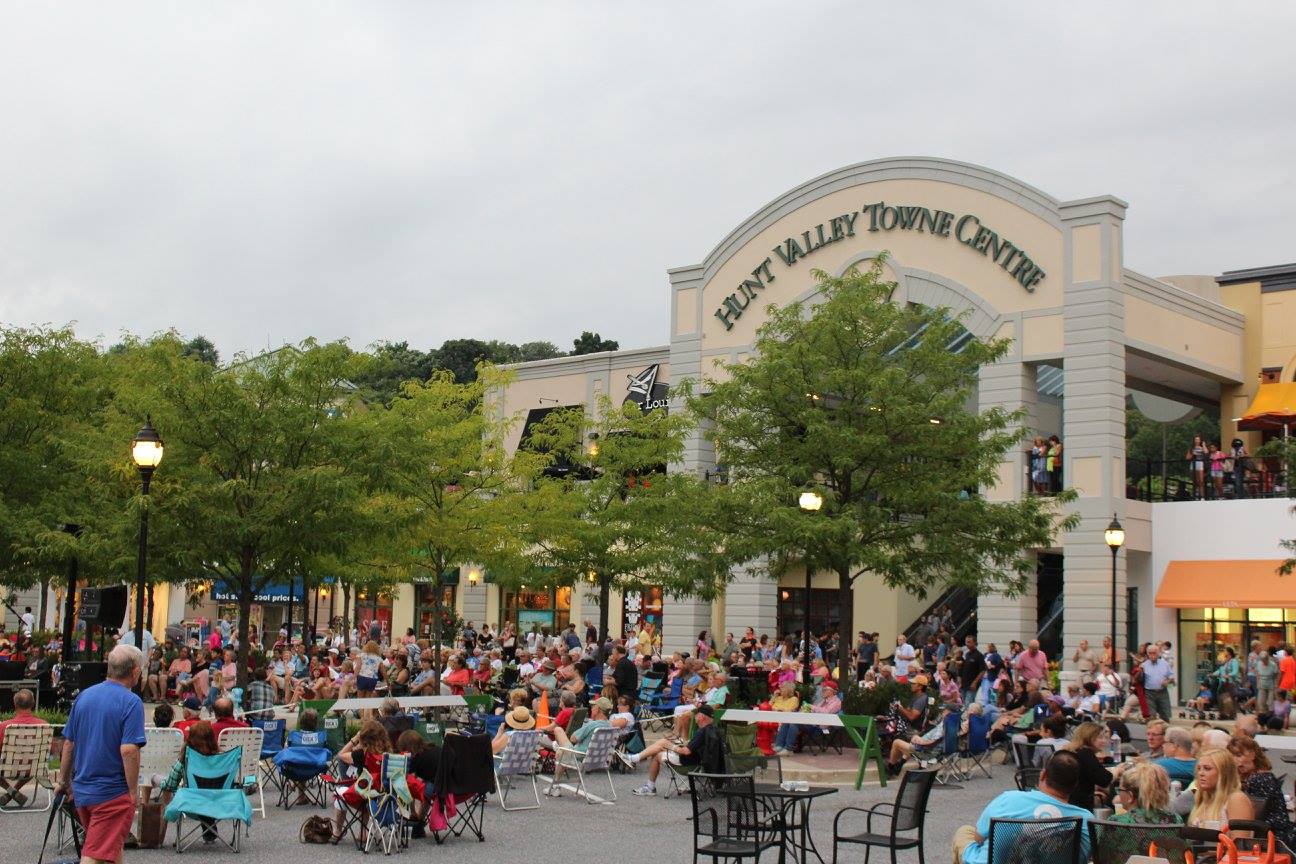 This indoor mall was transformed into an outdoor shopping center. | Hunt Valley Towne Centre via Facebook

Some of our former mall’s most successful reincarnations involve an inside-out flip. Many malls are reemerging as open-air outdoor shopping complexes rather than closed-air, artificially-lit retail centers. Architectural Digest highlights an idea made famous by the Hunt Valley Towne Center near Baltimore, Maryland. When mall profits sunk, investors demolished the indoor mall and re-built it as an outdoor shopping center anchored by another steadfast money maker: grocery stores.

The center uses Wegman’s as a way to lure shoppers to the area. Open air stores and restaurants keep customers around much longer than stuffy, carpeted, strip mall-like environments plaguing the nation today.

Next: This isn’t your everyday mall 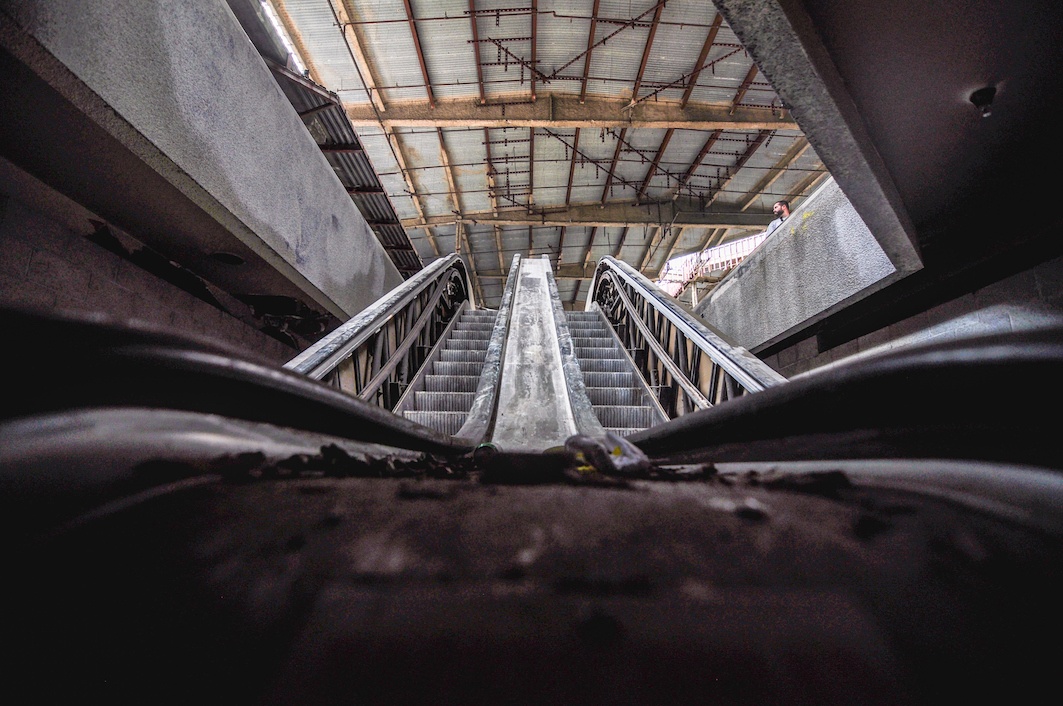 Some malls are hosting pop-ups and carnivals. | Versionphotography/iStock/Getty Images

While struggling malls across the nation are spending thousands to upscale their food courts, other retail landlords are reinventing their malls as outdoor event space instead. For example, carnivals are held where malls once stood in Texas and Wyoming. Even uber trendy food trucks are morphing tired retail space into hip event destinations. Other North Carolina malls are building pop-up outdoor parks in what was formally RadioShack and Sears to sit alongside other entertainment spaces such as children’s museums and cross-fit studios.

Next: A retail space solution everyone loves 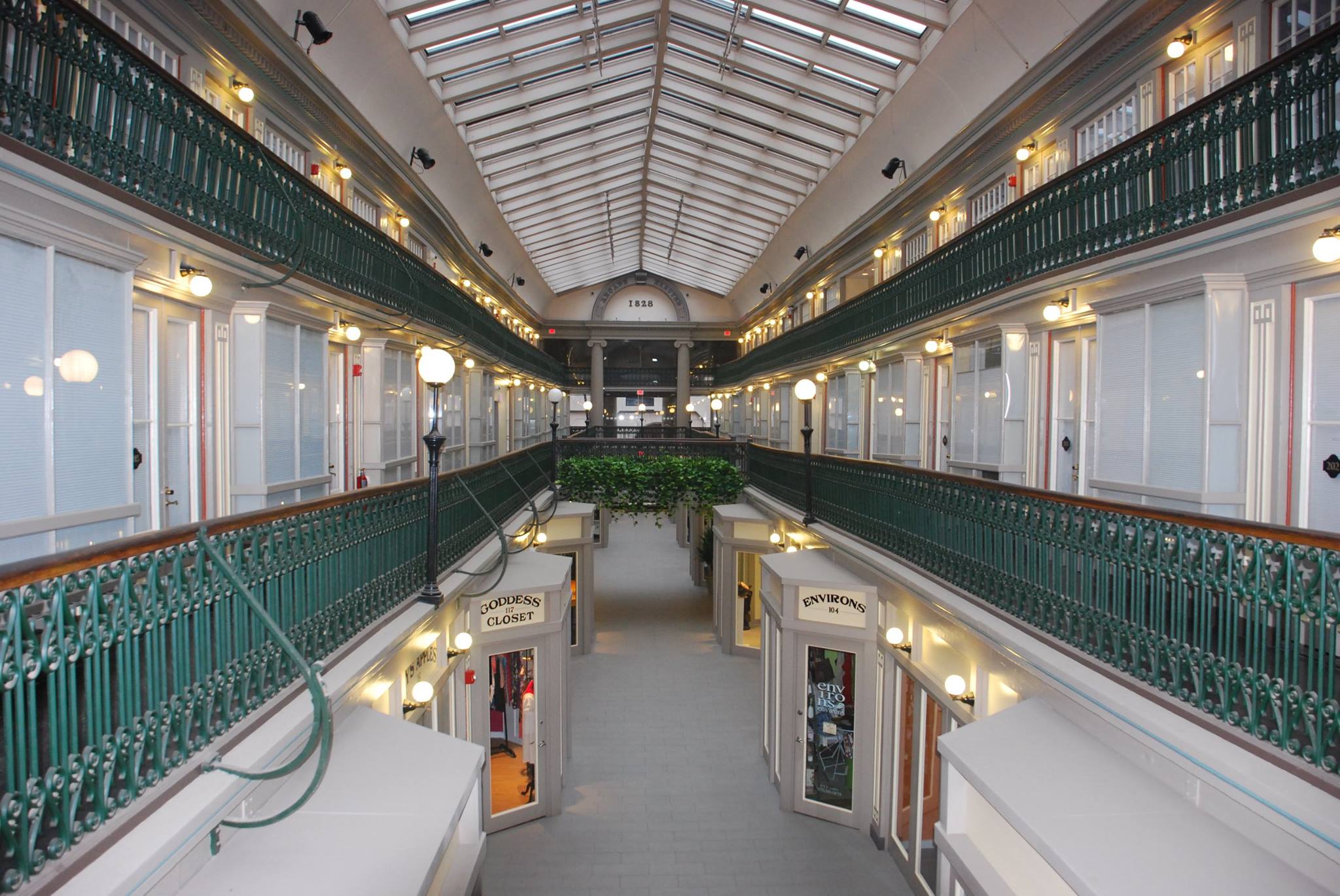 The oldest indoor mall in the country was recently converted to micro-apartments to better suit the needs of house hunters in Providence, Rhode Island. These tiny, one-bedroom studio apartments are classy, profitable, and in high demand thanks to the droves single renters moving to overcrowded urban areas. Other cities are taking notice and drawing up their own plans to turn commercial mall space to bustling residential communities. 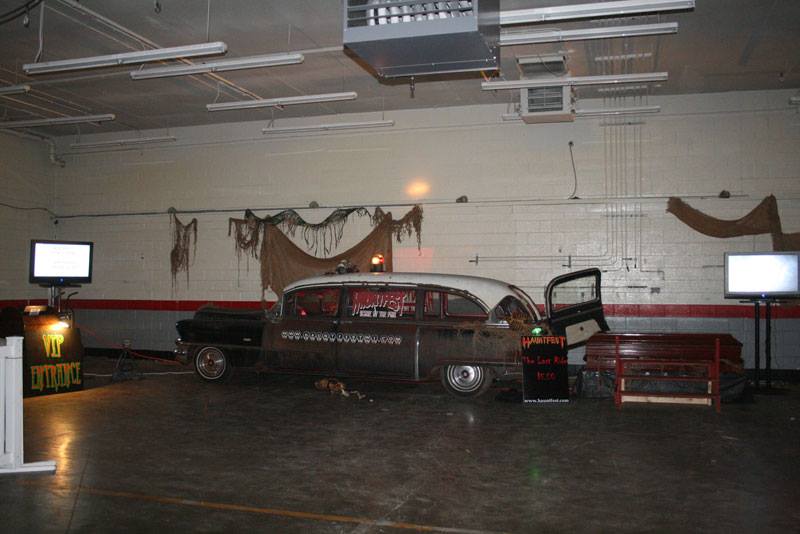 One Kmart became a haunted house. | Hauntfest via Facebook

Abandoned retail space can project a creepy vibe with its boarded-up windows and echoing halls. So of course vacant malls all over the country are transforming their shopping centers into haunted houses to attract large crowds of daring customers every fall.

The shell of an old Kmart store became Wisconsin’s latest Hauntfest location while an indoor haunted house and mystery theater attraction is in the works in one of Bristol, Virginia’s failed retail buildings.

Next: If you build it, they will come. 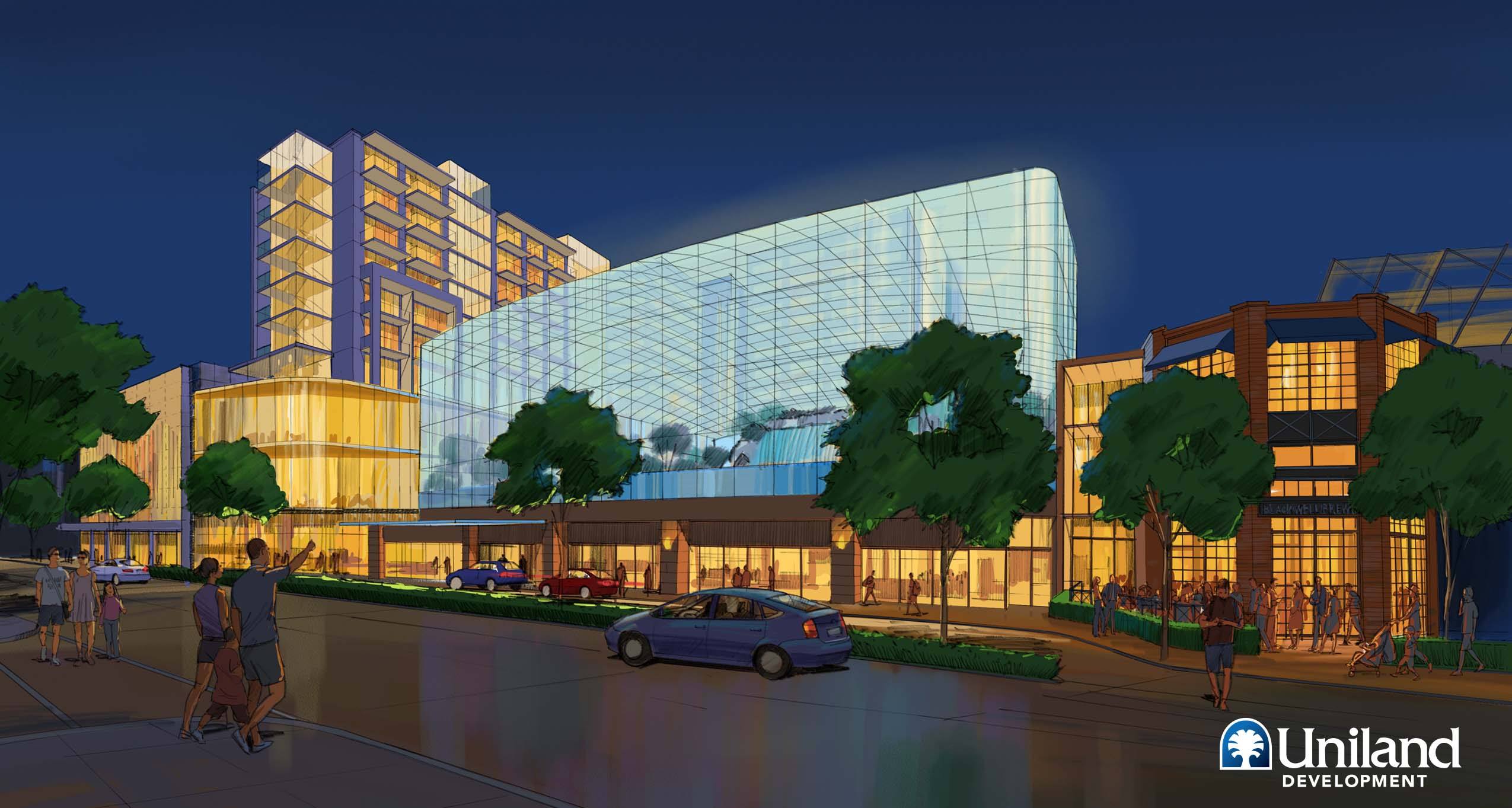 Investors with a sizable chunk of cash could see a strong return on investment should they overhaul abandoned retail space into large, luxurious resorts. This is exactly what occurred in Niagara Falls, New York, when developers turned the former Rainbow Centre mall into Wonder Falls Resort. The $150 million project was approved in hopes of making Niagara Falls a year-round destination. The reno will include a hotel tower, indoor water park, a spa, and countless restaurants for guests.