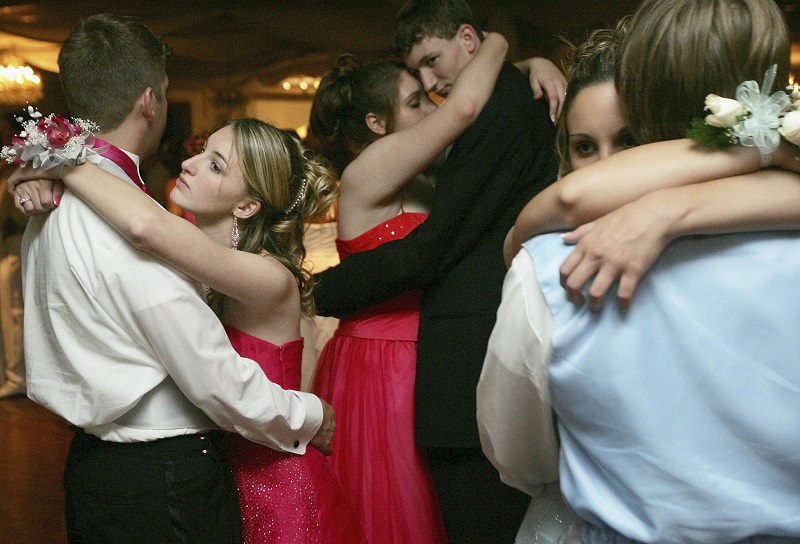 Do you know how Robin Williams was able to snag the attention of those guys in Dead Poet’s Society? It was through a mixture of wit and charm that his character, an English teacher, managed to captivate his students, but there’s also something else he didn’t need to compete with at the all-boys boarding school portrayed in the film: girls.

And, as it turns out, the opposite sex has quite the distractive quality. According to a new study via American Journal: Applied Economics, there is a link between the percentage of a student’s friends who are of the opposite sex and the student’s ultimate success.

“A student’s share of opposite gender school friends negatively affects high school GPA,” the researchers write. “The effect occurs across all subjects for students older than 16, but only in mathematics and science for younger students. Additional results indicate effects may operate inside the classroom through difficulties getting along with the teacher and paying attention, and outside the classroom through romantic relationships.”

So, maybe you were a little too distracted by girls or boys in high school? The paper’s findings are definitely interesting, but it’s important not to gloss over the nuance contained in the study’s 30 or so pages. Researchers not only looked at GPA and academic performance, but also at things like smoking and drinking rates. There’s definitely a lot to comb through, but the one thing that definitely stood out was the fact that something as simple as who your friends were during your formative years could have had such a stark and negative relationship with achievement.

And again, achievement was mostly effected by two main things — that these friends can be literal distractions in the classroom, causing you to pay less attention, and that they can bloom into romantic relationships. As many people know, early romantic relationships are new, exciting, and filled with drama to an extent that young people have a hard time dealing with it. With that in mind, it’s easy to see how grades could ultimately suffer.

Of course, you’re probably thinking back to your own high school years to see if this very phenomenon could have stymied your own development. In many cases, it’s probably quite clear that it did — it was just never put into such stark terms before, and by scientists, no less. And it begs the question as to whether or not those distractions during those years may have had an impact on your current job or economic situation. Could you be making more if you had been cordoned-off in a single-sex environment?

If this study’s findings are any indicator, then that may be the case. But since it’s generally too late to do anything about it, all eyes are on future generations, and how this data can be used to help foster more focused students.

But that’s a tricky prospect. For many people, high school is a time in which you learn to deal with other people, in many aspects. That includes people of the opposite sex and gender. It’s an important developmental stage for many young people to get into a diverse mix, and learn to socialize. The trade-off here might be that there is an impact in academic achievement. Does that mean students, or parents, might want to actually choose between enrolling their children in a school that segregates based on sex or gender in order to foster higher academic achievement, and going for a traditional schooling experience, with the prospect of hindering said achievement?

Obviously, this study leaves open a lot of questions for parents, or even those who may still be on the tail-end of their education. And while the findings won’t pertain to each and every individual, it’s a rather fascinating trend that is seen nationwide. It could be yet another outcome of our questionable education system, or it could just be human nature — it’s hard to tell.

In the meantime, what we can do with this information really depends on what parents choose to do with it. There does appear to be a trade-off at play, and there’s probably no real ‘right way’ to swing it. But being aware of just how much of an effect a student’s friends have on their overall achievement is one more arrow in the quiver for parents, who want to make smart decisions.