In the Future, Will Corn Be Food or Fuel? 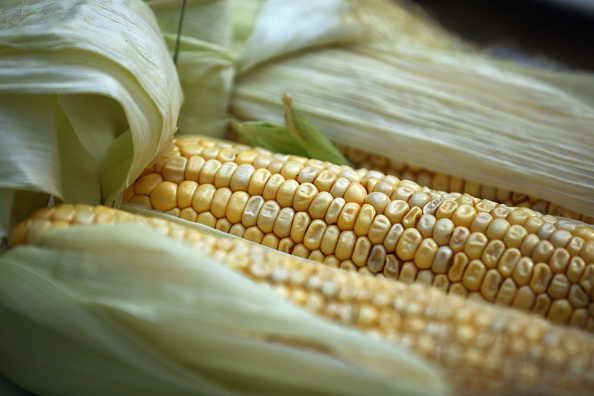 It’s possible that no crop is more closely tied to the American national identity than corn. After all, the United States grows more corn than any other country on earth, producing around 40% of the world’s corn crop, according to the Environmental Protection Agency (EPA). The region that grows most of the corn produced in the U.S. is affectionately known as the “Heartland,” as if the crop itself didn’t already conjure up images of good old-fashioned all-American life on the farm. There is even a “Corn Belt,” in the U.S. that stretches from Pennsylvania clear across the country to Nebraska. It would be difficult to argue that corn plays anything less than a vital role in both American agriculture and American economics.

Corn isn’t just big in the U.S., however. Worldwide the crop is prized for its versatility as well as its efficiency. According to the USDA’s Economic Research Service, about 80 million acres of land are planted with corn in the U.S. alone, and corn can be made into everything from high fructose corn syrup, to ethanol, to vodka, and grows fairly easily in most parts of the world.

But corn also has a bit of a dark side. Here are some of the biggest issues involving America’s most ubiquitous crop.

Much of the corn grown in the U.S. is fed to livestock

According to the Agricultural Marketing Resource Center (AgMRC), about 45% of all corn grown in the United States is consumed by domestic and overseas livestock, poultry, and fish production alike. Contrary to what many assume following an ongoing backlash against corn syrup most of the corn in the United States isn’t used to make by-products, but is instead used to feed cattle on intensive factory farms.

Further, the corn grown to feed livestock is different from the type you or I would eat off the cob. Known as field corn, this type of corn accounts for the vast majority of all the corn grown in the U.S., though many Americans wouldn’t recognize as corn if they saw it. According to NPR, “last year, for every pound of sweet corn, U.S. farmers grew more than 260 pounds of field corn.”

As a result of all that corn, most of the meat you purchase at any given supermarket in North America is made almost entirely out of corn. If the old aphorism “you are what you eat” holds true, it’s not a stretch to say that most Americans are made up of mostly corn, too. Corn, in many ways, is undeniably linked to meat production in the United States; to talk about one crop is to talk about the other, so heavily is U.S. corn production geared towards the feeding of commercial beef, chicken, and pigs.

“For animal feeding, you feed the lowest cost to get the most growth out of the animal,” explains Chris Edgington, a corn farmer who spoke with NPR’s Marketplace. “So, everything has to price itself into the ration. Because a cow doesn’t say, ‘I’m eating Italian tonight.’ He’s going to eat whatever he gets fed.” 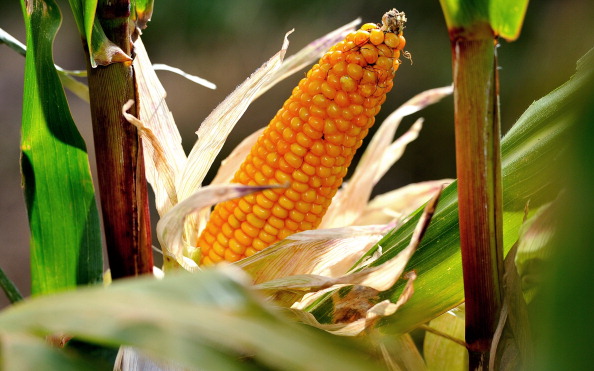 Corn is enabling the world’s obsession with meat

So what’s the problem with growing corn to feed livestock? Well, from the farmers’ and ranchers’ point of view, not much. It’s efficient (in the short-term, anyway), cheap, and allows cattle raisers to finish more animals on less land without much fess. But here’s the beef (no pun intended): If the same land which is today used to grow corn for cattle was instead used to grow other foodstuffs (say, vegetables) we would be able to feed a lot more people. A lot more people.

“Such a small portion of our land goes to grow actual food that people consume,” said Iowa State University economics professor Bruce Babcock, in an interview with NPR. “If we really wanted to increase that supply it would be pretty easy.” Right now, Babcock adds, two thirds of U.S. grown crops go to animal feed. “Our ability to supply the world with vegetables is practically unlimited.” According to Babcock, if everyone in the country were to go vegan, “there would be such a surplus of farmland to grow kumquats and pecans we would be awash with those, in a heartbeat.”

Babcock’s assessment is sure to ruffle feathers; the beef industry, after all, was in an uproar over the prospect of “Meatless Mondays” taking place in Texas public schools, but regardless, more and more research suggests that cutting meat out of your diet, even if it’s only a few days a week, can have a big impact when it comes to climate change. After all, one hamburger is equivalent to roughly 660 gallons of water, and one pound of beef requires an astonishing 2,000 gallons of water to produce. There’s also the minor detail that cows were never designed to eat corn in the first place, but that’s a story for a different time.

Yet, in a culture as enamored with meat is America is, cutting “staples” like steak and chicken, even one night a week, might seem like a challenge. Compounding the issue still further, developing nations (and their rising middle classes) are beginning to demand more meat. Across the globe, increasing income leads leads to an increasing demand for meat, as families who were previously lower class begin to be able to eat meat more and more frequently. According to the New York Times, the worldwide meat supply was about 71 million tons in 1961, but has since risen to more than 284 million tons by 2007. Further, worldwide meat consumption is expected to double for the second time by 2050.

For our part, Americans eat more than double the global average for meat products; most Americans consume an average of about 8 ounces each and every day. The U.S. also processes more meat than any other country, with more than 10 million animals raised and killed every year for consumption. Meanwhile, worldwide between 800 and 870 million people suffer from hunger or malnutrition. 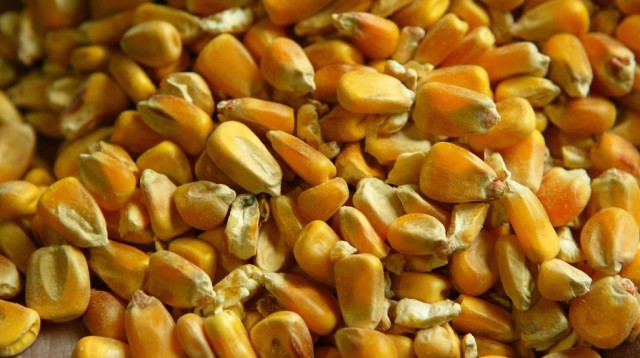 Corn is increasingly grown and utilized as a fuel, not a food

Meat production may be the largest use for the American corn crop, but corn is being grown and utilized for a number of other uses as well. Among them is ethanol, which is seeing an increasing demand in the United States.

Monte Shaw, executive director of the Iowa Renewable Fuels Association, the state’s ethanol lobby, puts it this way: “[T]he joke in farm country has always been, if you give a farmer a market, he’ll overproduce it. And quite frankly, for over 200 years, that’s been pretty true, except for these last eight years, when ethanol sucked up all that extra corn production.” In other words, ethanol is a godsend for most American corn farmers.

Ethanol has been widely criticized over the years, yet growing corn for fuel is a booming industry. According to NPR, there is more than eight times more ethanol in the U.S. now than there was in 2000; increasing ethanol use is good news for farmers, who often produce more corn than they know what to do with, but bad news for just about everyone else.

For one, ethanol has over and over again proven to be of little use in helping the environment; we’ve been hearing this for years and yet somehow the country continues to manufacture record amounts of the stuff every year. In April, a UN IPCC report attempted to put the biofuel argument to bed, stating that “increasing bioenergy crop cultivation poses risks to ecosystems and biodiversity.”

Further, continuing to increase the biofuel crop also hurts those who would otherwise be using that land for food, or buying foodstuffs grown on that land. Developing nations, in particular, only stand to suffer as a result of increased ethanol production. Oxfam and the Environmental Working Group both oppose biofuels for the simple reason that it is pushing up food prices for those who are already struggling with hunger. In some developing nations, poor families spend up to 75% of their income on food; for these people, less corn on the market has a huge impact.

Right now, ethanol may not be a smart choice economically, either; a supply spike sent ethanol prices plummeting 28% in September, bad news for both the depressed corn market and ethanol producers alike.

America has a long history with our largest commodity crop, a relationship which is bound to become still more complex as we are forced to navigate larger issues linked to the crop, such as world hunger and climate change. When, if ever, we decide that corn and meat might be better set aside in order to pursue crops which can sustain the world’s population and decrease the effects of climate change is anyone’s guess, but the numbers don’t lie. Corn has long been an easy road, but one thing’s for certain: It’s about to get a lot more complicated.