It’s Time For Businesses to Give Up Drug Testing 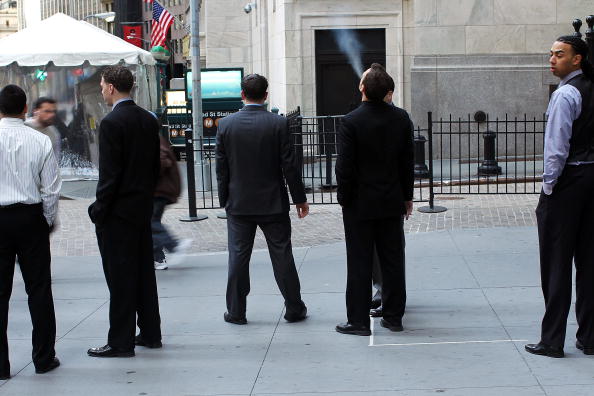 Even before marijuana was legalized, both advocates and those against the notion could see integration issues coming from a mile away. Now that four states have successfully passed legislation, and many others lining up to do the same, some of those issues — particularly how marijuana use can mesh with the workplace — are starting to boil to the surface.

And we recently got our first state supreme court ruling as a result.

It’s an issue that has largely flown under the radar since marijuana has been legalized in certain states, but it’s something that needs to be addressed. Many working adults, employed by both government organizations and private firms, are subjected to drug testing. These drug tests typically screen for evidence of illegal drug use, and typically are done as part of the hiring process, or routinely if the position requires it. The problem is that the very things these tests are screening for are no longer illegal, depending on the circumstances.

Implemented as a method of deterring drug use and abuse among employees, drug testing has been taking place in workplaces of all shapes and sizes for decades now. According to the ACLU, drug testing among employers is up 277% since the late 1980s, despite the many arguments against it. Those arguments range from discriminatory against people of certain ethnic backgrounds and women suspected of being pregnant, all the way to the simple fact that these tests are known to give false positives, which could lead to the undeserved firing of employees.

While it’s debatable whether or not testing actually disincentives drug use among workers, employers continue to engage in it. It’s important to note that there are other reasons like lowering insurance costs. Many companies are actually forced to do it by law as well.

There are plenty of reasons why certain businesses should screen their employees. If workers are operating heavy machinery or performing an action that could be extremely dangerous, then there is at least some merit to subjecting workers to drug screens. But for the millions of workers who sit in cubicles, run cash registers or any other mundane, perfectly safe activity, there is little reason to do it.

Naturally, the most common evidence drug screeners are looking for — and probably find — is linked to marijuana use. So, now that marijuana is legal for all adults in four states, and legal for those with medical authorizations in many, many more, how can businesses adjust?

Right now, there’s no clear or easy answer. In fact, it looks like it may be completely subjective, and influenced by individual circumstances. Businesses in Colorado, for example, may choose to ignore a positive test for cannabis use, as it is no longer illegal in that particular state. Except, it is still federally illegal. So do hiring managers defer to corporate policy, which may ignore Colorado’s law?

It’s hard to say what businesses should do. But something is going to need to change in the near future — whether it comes down to individual organizations adjusting on its own or a high-profile lawsuit reaching the Supreme Court at some point.

There are stories of people who actually require cannabis products to be able to function and do their job. An article from The New York Times spotlighted one such case in which a paralyzed man was fired for failing a drug screen in which he tested positive for cannabis use. Brandon Coats, the man in question, had authorization from a doctor for medical marijuana, and it never hurt his job performance. Yet he was fired anyway as a result of violating his company’s drug-free workplace regulations.

“There are a lot of people out there who need jobs, can do a good job, but in order for them to live their lives, they have to have this,” Coats said. “A person can drink all night long, be totally hung over the next day and go to work and there’s no problem with it.”

Coats, of course, just lost his case to Dish as the Colorado Supreme Court ruled against him.

Another man from Spokane, Washington was fired from his job as a security guard after he was shown on the local news standing in line at the grand opening of one of the state’s first marijuana retail stores. He was rehired after a bit of public outcry, but it does raise some questions. Chiefly, what are these companies trying to accomplish by firing their employees who were both engaging in a perfectly legal activity?

As Brandon Coats mentioned, people show up to work suffering from the lingering effects of alcohol use and no one seems to have a problem with it, so what’s the point of firing employees who are using their time off the clock to use marijuana? Alcohol and prescription drugs — both of which are much more widely used and abused than marijuana by all accounts — are much more dangerous and potentially harmful to businesses, but they aren’t treated with the same level of hostility.

As marijuana legalization sprads into other states, is there any effective way the government and businesses can incorporate its use into their policies? It’ll be quite a fight, but if alcohol and opiate use through prescription drugs aren’t met with any resistance, than there really is no reason that cannabis should be either. There are, of course, exceptions. But for a great deal of the working world, there doesn’t really seem to be a reason to fire employees for marijuana use if it’s legal in a given jurisdiction.

That would be a tougher fight for people working for state and federal governments, at least until marijuana is revisited and/or reclassified as a non-dangerous substance.

For the time being, the decision will come down to individual employers, as no state government bodies are likely to touch the subject unless legislators in Washington D.C. are willing to. While it’s uncertain what will happen, it’ll be interesting to watch reform work its way through society.