When and How to Call Your Boss Out on a Mistake 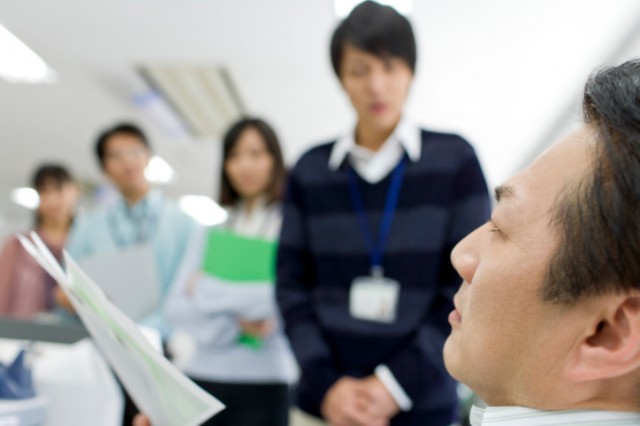 We all make mistakes in the workplace — even bosses. It can be very intimidating to tell your boss when you notice they made a mistake, and you definitely shouldn’t always do so. However, there are certain circumstances when it’s necessary to tell your boss about a mistake. A truly good boss can accept criticism if it is given constructively; a good boss is approachable and doesn’t have an attitude of infallibility.

Although you always need to be respectful to your boss, sometimes keeping an important mistake that you noticed to yourself can be detrimental to a project. Still, the idea of correcting your boss — or even sharing a mistake that you know your boss would rarely make, but needs to be brought to his or her attention — can be daunting. Here are some ways to determine when you should call your boss out on a mistake and how to do so.

You need to be careful when deciding which mistakes you should tell your boss about. If your boss frequently makes mistakes, but they are all little and inconsequential (such as grammatical errors in a simple email to you or a few of your coworkers), you may want to let them go. If you constantly call your boss out on minor errors that really don’t affect anything, you will be setting yourself up as a whiner and micromanager (and really, it isn’t your job to micromanage your boss).

However, there are some areas that are a little less cut and dry. If your boss frequently sends out emails to your entire department, or creates project presentations that will be viewed by many people, you may be able to gently suggest that your boss let a few of you edit the work before it goes out. You don’t want to embarrass your boss, but you will ultimately be doing him or her a favor if you save them from further embarrassment in front of a big group (too many grammatical errors could leave other employees wondering if your boss is lazy, careless, or ignorant). Although many bosses have people who type up important documents for them, you especially might need to talk to your boss if they wrote something that is going to be published or shared with clients. You need to use your own discretion to decide when a problem really needs to be addressed if it is a small one.
If your boss makes a big mistake on an important project, that is an occasion when you probably need to tell your boss about the mistake. If, for example, your boss miscalculated an important figure that could affect a budget or otherwise messed up something that has great importance to your department or the company as a whole, you should definitely say something.

There are some problems that you are better off sharing with human resources, or your boss’ boss. If your boss’ mistakes have more to do with an underlying problem like laziness, you may want to talk to someone else instead of your boss (but try to avoid this unless your boss’ behavior is truly affecting your job or your department). If your boss isn’t doing his or her job, it’s likely that their boss will notice, and it usually isn’t appropriate for you to say something. Potential discrimination (based on race, sex, religion, or other factors) or harassment is a little trickier. You could say something to your boss if you believe that they will be receptive to your concerns, but you are probably better off talking to human resources.

It’s important to remember that any time you do call your boss out on a mistake (and especially if you go to your boss’ boss or to someone in human resources) you face possible repercussions. Although you won’t always be able to avoid these repercussions, you can make your meeting with your boss more effective by being tactful when you present the issues.

Start by scheduling a private meeting so that you are not simply springing a complaint on your boss. Also, be sure that your boss really made a mistake (so if you are checking a figure, check it again to make sure you didn’t misread it); have evidence with you. When you meet with your boss, avoid assigning blame if possible. You can point out an inconsistency in a report without mentioning whose fault it is.

If you have to assign blame (or it’s completely obvious), still try to be respectful in your approach. Determine if your timing is appropriate. If you have a problem that needs to be fixed immediately, you may not have a lot of choices about when to raise the issue. But if you are talking to your boss about a bigger or consistent issue, try to do it when your boss isn’t overwhelmed with other issues or projects. You can even ask your boss if he or she is comfortable with you letting them know about a mistake that you found.

Make sure that you are never boastful, accusatory, or angry; wait till you are calm to talk about the issue. It can also help to compliment your boss before you mention the issue. For example, praise your boss for being someone who is approachable, then explain why you are bringing the issue up. Most people don’t like to hear that they made a mistake, but if you are careful about how you approach your boss and how you word your concerns, a good boss will be receptive to your ideas, and possibly even appreciate you coming to them privately.

Some mistakes shouldn’t be addressed because they don’t matter, or they don’t matter enough to risk angering or embarrassing your boss. However, if your boss’ mistake could threaten a large project or even your career, you need to approach your boss to discuss the issue. If you think that a mistake is part of a consistent problem, then you may need to talk to someone else about it — either your boss’ boss or the human resources department.