Here’s When BMW and Other Automakers Will Abandon Gasoline

Detroit might be churning out trucks and SUVs with reckless abandon, and oil companies are carrying on with business as usual, but the writing is on the wall. For future-minded automakers, all-electric cars are no longer a question of if but when. Yes, we mourn the impending loss of the internal combustion engine. But let’s be honest: EVs have an advantage over the old engine in more ways than one.

For one, fluids, such as oil and antifreeze, are a thing of the past. There are also fewer moving parts to break. Once issues, such as range, are sorted out, then it’s only a matter of time until stopping at the pump is something you’ll have to explain to the grandkids.

This isn’t some baseless theory. UBS predicts vehicles with battery packs could reach parity in Europe by the end of 2018. They’re expected to break even in China by 2023 and the U.S. by 2025. What’s more, governments around the world are getting involved. Norway is planning to ban the sale of new gas-powered models in 2025. France and Britain want to follow suit in 2040.

So instead of being legislated into obscurity, many automakers are turning to the future — some quicker than others. Here are 10 companies that will be replacing their gas-powered cars much sooner than you might think. 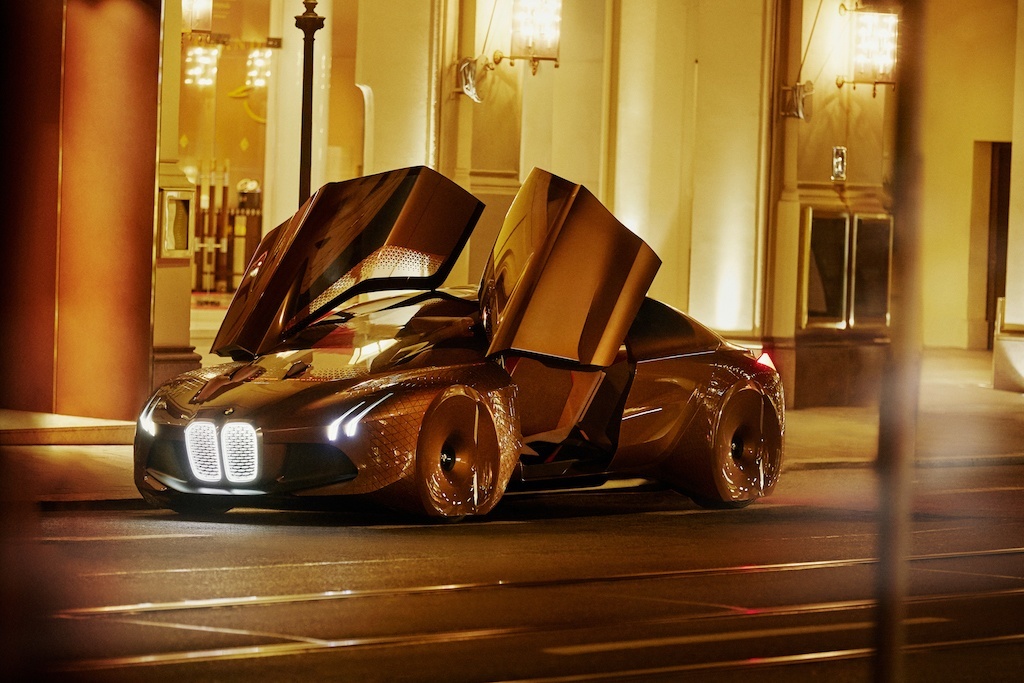 For over 40 years, BMW has been able to call itself “the ultimate driving machine” thanks to its iconic cars and fantastic engines. But what happens when those engines disappear? By 2021, BMW will have a dedicated four-door EV to compete with the Tesla Model S — or the Model S replacement. But by 2025, there will be 12 EVs (an electrified version of each BMW model) and 13 hybrids. Seeing as the company currently offers 25 different models, this plan doesn’t leave much room for conventional gas-powered vehicles.

Next: The Germans are embracing a greener future. 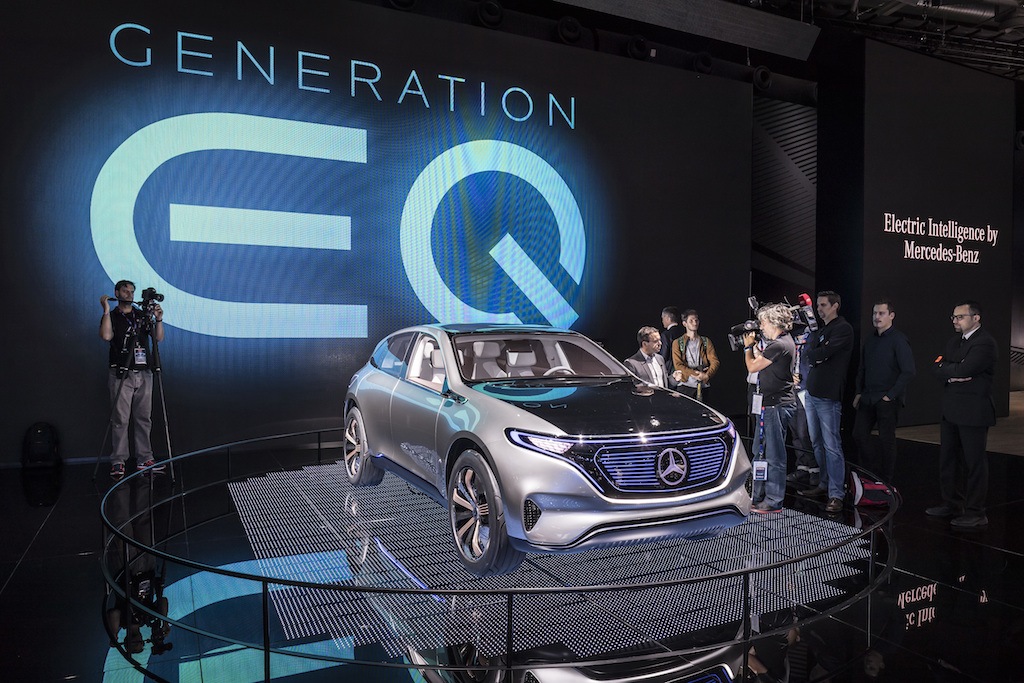 Not to be outdone by its rival, Mercedes’ future looks a whole lot greener, too. By 2020, Mercedes will offer four EVs under its newly minted EQ brand. By 2022, another 10 will arrive. The Stuttgart brand doesn’t have as detailed a plan as BMW, but on top of setting aside $10 billion to engineer these cars, in-house performance firm AMG’s chief of development confirmed the brand’s future is electric.

Next: This brand made headlines with its embrace of electric power. 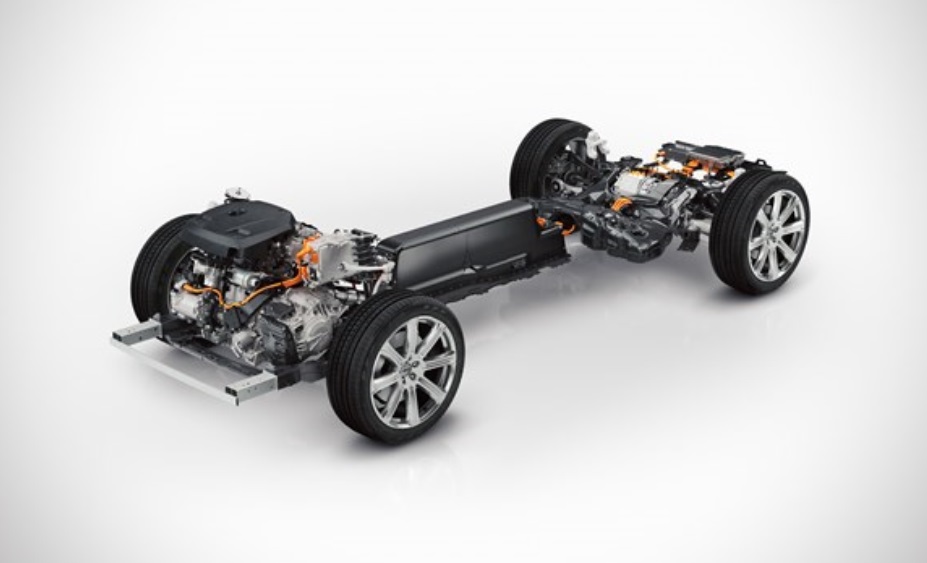 Volvo stole headlines in summer 2017 by promising to embrace hybrid and EV technology much sooner than later. Come 2019, the Swedish automaker will begin phasing out all of its gas-powered models for hybrids or EVs. By 2021, it will offer at least five pure EVs, and by mid-decade its gasoline-only engines will be a thing of the past.

Next: Despite being quiet, this leading brand is working on groundbreaking new tech. 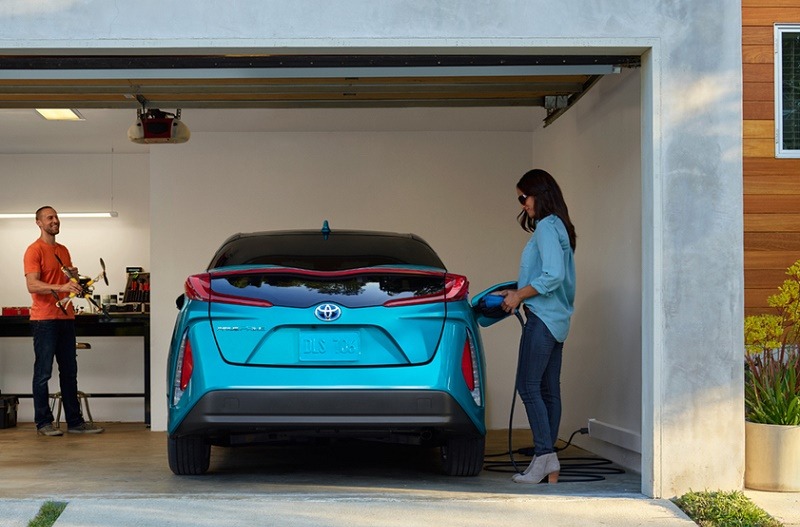 Despite selling the juggernaut that is the Prius, Toyota’s is notably silent in the current EV market. But that could change very soon: It announced it’s developing safer, longer-range solid state batteries, along with a new platform to house them. This would make it the first major automaker to offer these expensive-to-manufacture batteries. We can expect Toyota’s first dedicated EV by 2022.

Next: This legendary brand is trying to reinvent itself as an innovator. 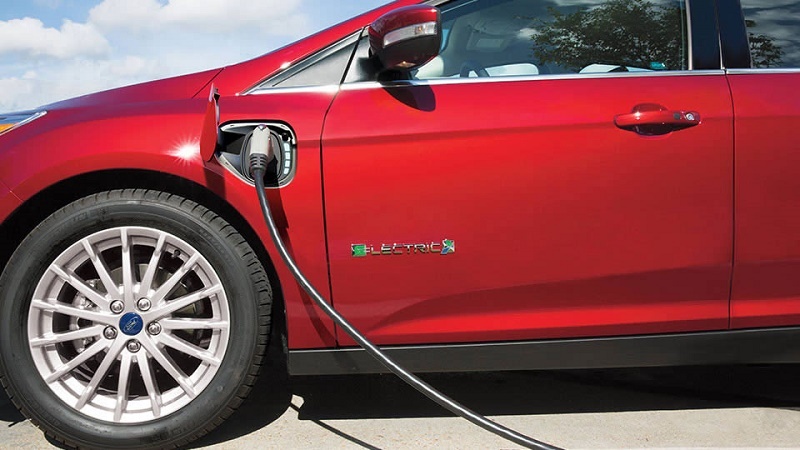 In recent months, Ford has gone all in on autonomous vehicles. Like other automakers, Ford sees this type of vehicle as all-electric. But by 2020, it will introduce its first purpose-built EV, a compact crossover. We don’t know much yet, but the company’s chief technical officer Raj Nair says it will cost less than $40,000 and will have at least 300 miles of range. Considering how much of the market is crossovers, there’s a chance this technology will spread to the rest of the Ford lineup sooner rather than later.

Next: This company is looking to the future by reinventing its past. 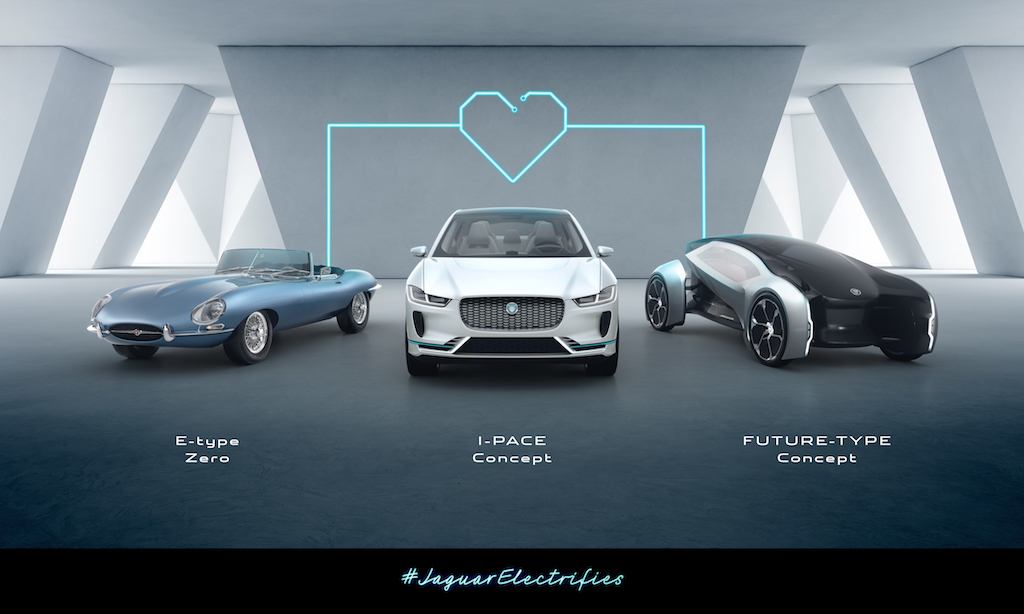 Jaguar announced its future while alluding to the past — in the form of a gorgeous electrified 1968 E-Type. But come 2020, it will offer an all-electric version of every vehicle it offers, from the F-Type sports car to the F-Pace SUV. 2018 has seen the debut of the I-Pace, an electric compact crossover. After that, it’s anybody’s guess when Jaguar’s famous straight-sixes and supercharged engines become a thing of the past.

Next: We’re curious to see how this brand can pull the jump to electric power off. 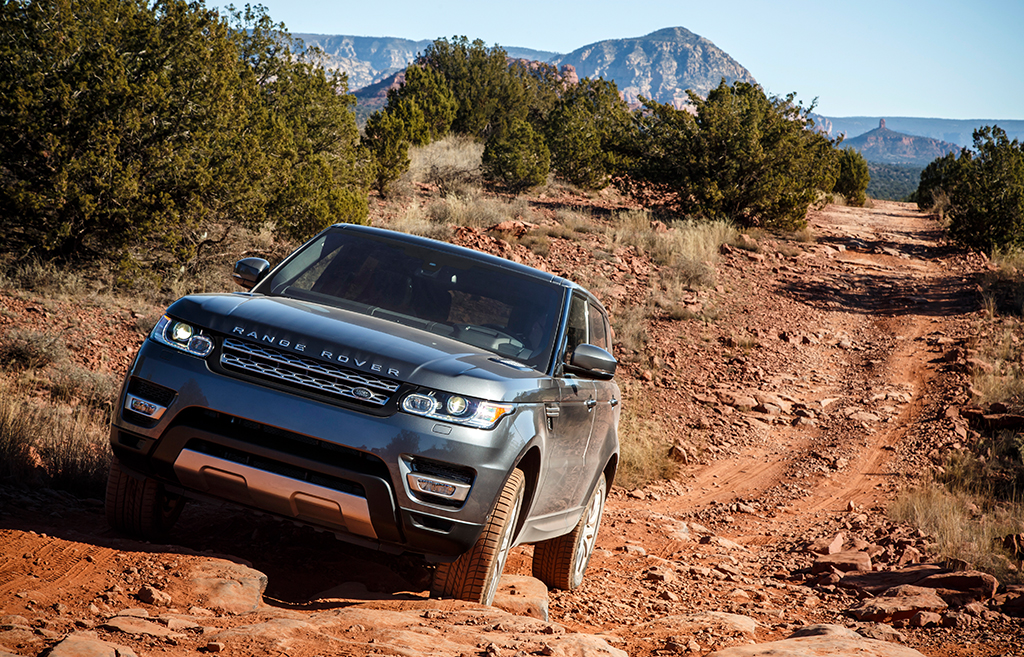 The current Range Rover Sport is available as a hybrid. | Land Rover

It’s one thing for Jaguar to go electric. After all, the majority of its vehicles are either performance cars or people-movers — the perfect candidates for electric power. But it’s remarkable that its sister company, Land Rover, is following suit. The iconic off-road builder will offer an electric version of every model it sells by 2020. Presumably, this includes the redesigned version of its iconic, go-anywhere Defender.

Next: This will radically change the way our highways look. 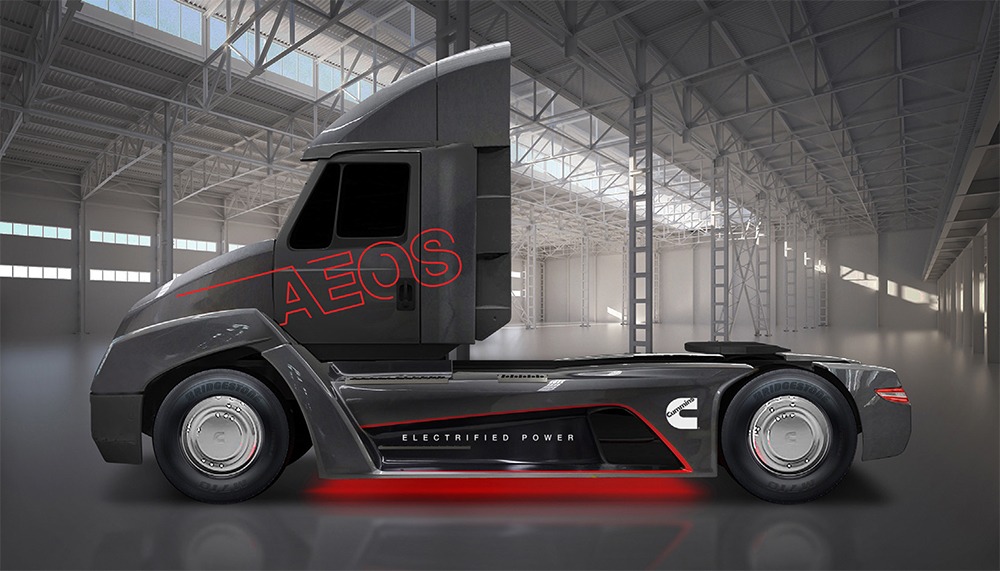 Known primarily as a builder of diesel engines, Cummins lists Ram, Nissan, and a number of semi-truck builders as its biggest clients. But After Elon Musk’s strong hints at a Tesla over-the-road electric hauler, Cummins’ AEOS concept has beaten the upstart brand to the punch. This is on the heels of Mercedes’ 2016 Urban e-Truck concept and the startup Nikola One, suggesting that even the builders of big rigs can see the writing on the wall.

Next: From villain to green car hero? 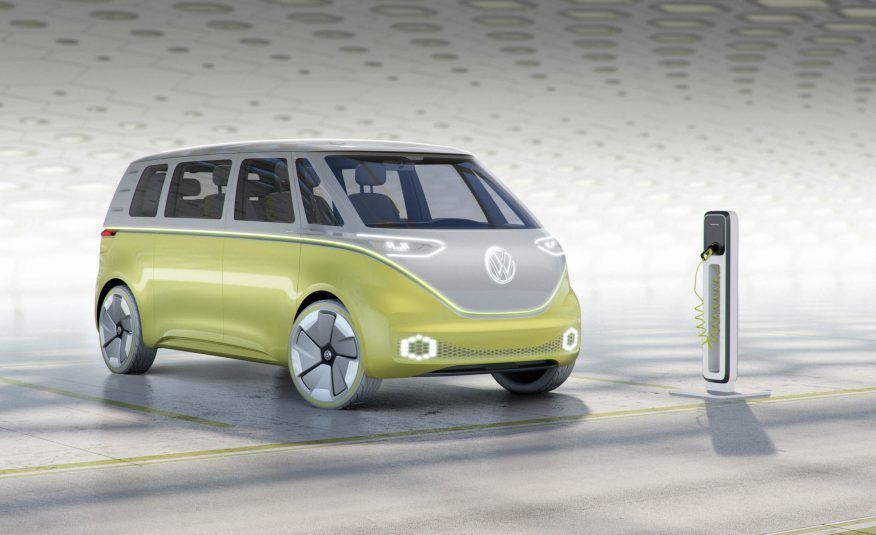 Maybe the “Dieselgate” scandal was a blessing in disguise. Volkswagen has been working on a new electric platform, the MEB. And so far, it has announced it has plans to launch five EVs on the platform by 2019. All five vehicles are expected to be sold in China, while three will be sold in the U.S. And another three will be offered in Europe. By 2025, it hopes to offer at least eight EVs. Hopefully, it will be enough to make the diesel scandal a thing of the past.

Next: This company is embracing green power with open arms. 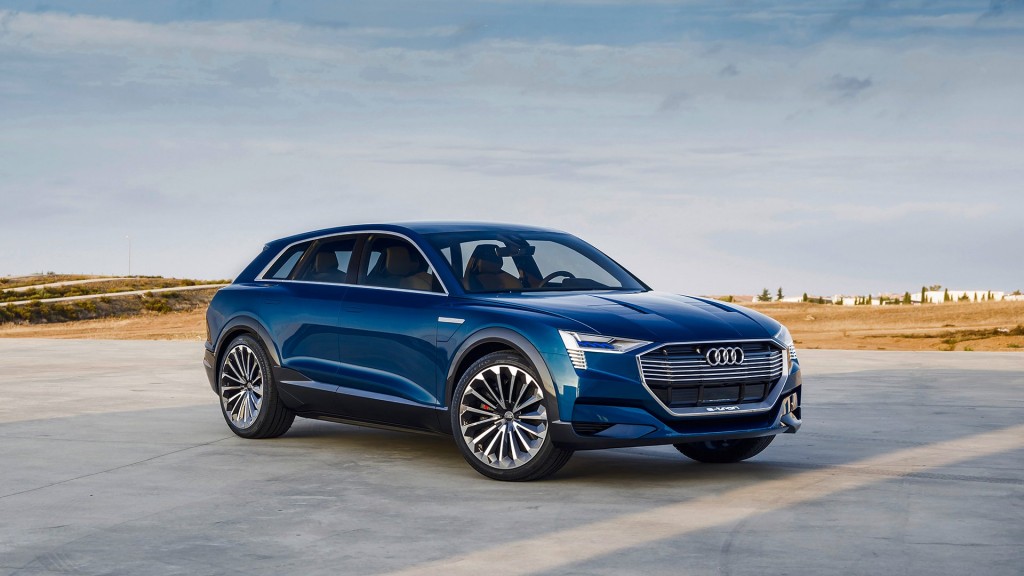 Audi has long been the Volkswagen Auto Group’s showcase for technology. And as the world goes headlong into an electric future, it looks like it’s going to be a leader. In 2018, it launched the e-tron quattro SUV, an all-electric crossover to compete with the likes of the Tesla Model X. Reservations are being taken now for the new EV. But if you want to wait, it will debut another two electric models by 2020. By 2025, the automaker projects that a third of its lineup will be all-electric. That will only increase from there.