Where Do We Start the Bidding on eBay Stock? 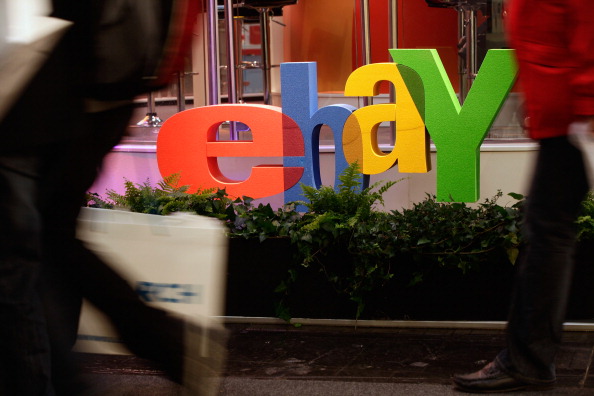 There really is not a person that shops online today that has not heard or done a little business with eBay Inc. (NASDAQ:EBAY). It is the largest online auction site in the world and runs a successful financing section via PayPal. I have been long this company and short this company in the past. To me, its never been reliable. Im sure I will be challenged on that assessment, but historical reports speak for themselves. But forget the past, where is this stock going next? To answer this question, a review of the company’s recent performance is justified.

There were some positives for the company though. For example the eBay commerce ecosystem continued to gain share, with total company enabled commerce volume (ECV) increasing 26 percent in the second quarter to $62 billion. Mobile ECV advanced 68 percent to $12 billion representing 20 percent of volume. Mobile downloads since inception were 260 million and attracted 6.6 million new customers in the quarter. Cross-border trade grew 26 percent, representing $13 billion, or 22 percent, of total company ECV.

Sales on eBay actually did pretty well. eBay marketplaces gross merchandise volume (GMV) grew 12 percent, with the U.S. up 10 percent and International up 14 percent. Revenue grew to $2.2 billion. Marketplaces gained 3.8 million new buyers to end the quarter with 149 million active buyers, up 14 percent year-over-year. Top rated sellers in the company’s three largest markets grew their same-store sales 14 percent and offered free shipping on 56.4 percent of transactions across those markets. The selection of items available on Marketplaces grew to over 700 million listings, including both platform and non-platform offerings, reflecting the success of improved selling initiatives, particularly on mobile. So, in eBay’s defense, it is still growing, despite my lack of affection for the overall company performance.

We cannot forget about PayPal. This is one huge source of revenue. Net total payment volume (TPV) through PayPal grew 29 percent with Merchant Services volume up 35 percent on-eBay volume that was up 13 percent. Revenue grew to $1.9 billion. PayPal gained 4.0 million new active registered accounts to end the quarter at 152 million, up 15 percent. Global on-eBay penetration increased to 79.8 percent. PayPal signed a deal with General Electric (NYSE:GE) to extend its relationship offering a dual branded retail credit card and committed to purchase the loan portfolio in 2016 for an estimated $1 billion. President and CEO John Donahoe stated:

“In a challenging second quarter, our commerce and payments platforms delivered strong enabled commerce volume growth of 26 percent. PayPal generated another strong quarter while eBay’s growth was hampered by its global password reset for all users. We continued our momentum in the four competitive commerce battlegrounds of mobile, local, global and data. We delivered new experiences for PayPal and eBay customers, extended PayPal and eBay into new markets, made it simple and easy for developers to integrate PayPal and offered new ways to help merchants grow. “

Disclosure: Christopher F. Davis holds no position in eBay and has no intention of initiating a position in the next 72 hours. He has a hold rating on the stock and a $50 price target.