Is It Dangerous That Young People Don’t Know How to Farm? 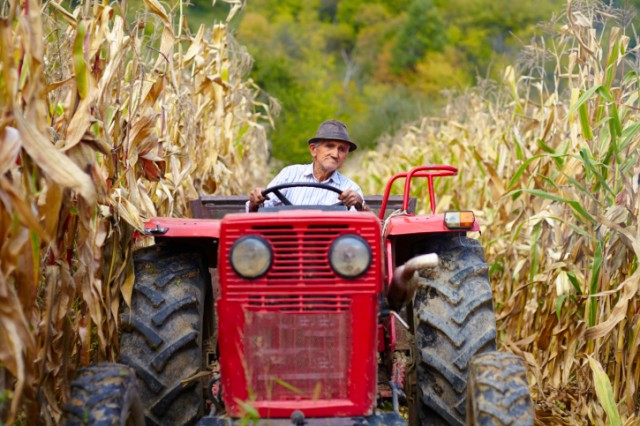 The average age of the American farmers is now 58. This is hardly news anymore; reporters and activists have been declaiming the advancing age of American farmers for years now, alongside similar statistics regarding the ongoing plight of the family farm in the wake of those seemingly immovable monoliths, the Industrial Factory Farms.

“If we don’t help the young generation of farmers get on the land, retiring farmers will quickly run out of people to sell the land to, individuals who will continue to grow food on it and treat it as farmland,” Holly Rippon-Butler, who serves as the land access manager for NYFC, told Pew Research. If that happens, Rippon-Butler says, “we will lose the ability to produce our own food and to ensure that the food supply is controlled and safe.”

Despite the trend of the aging farmer, however, there are still young American farmers out there; often, they’re producing some of the nation’s tastiest food. The key, experts say, is just knowing where to look for them. But before we do, let’s examine how this new generation of greenhorns differs from their more venerable counterparts. 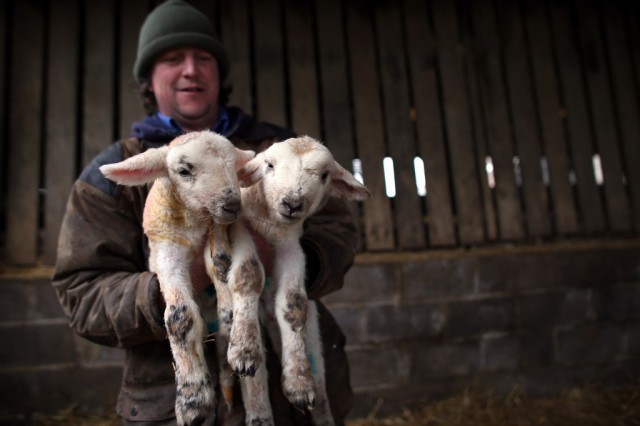 According to a report from the National Young Farmers Coalition (NYFC), an advocacy group with chapters nationwide, young American farmers are, overwhelmingly and perhaps surprisingly, first generation farmers. Unlike previous generations, who often took over the family farm once they reached adulthood, most new farmers, the report finds, are starting from scratch. Many young farmers are coming into agriculture with no land (or money) to their name, and most have received relatively little training compared to previous generations, who learned the tricks of the trade over the course of a lifetime growing up on the farm. Some young farmers don’t even have roots in the countryside; the report found that a growing group of young farmers came to farming by way of the city, and many are career changers.

The NYFC found that most of the young farmers who responded to their survey were 35 or under, and most cited organic vegetables as their major crop (73%), though organic livestock, along with organic fruit and orchard production were also popular (24%). Young farmers, the report found are overwhelmingly more likely to utilize organic growing methods than their older counterparts (83% of first generation farmers farm organically), and are much more common on small farms than on agribusiness-scale operations.

Additionally, most new young farmers are direct-marketing their products, a profound change from previous generations — 61% of the NYFC’s respondents said that they marketed their products at farmers’ markets, and 49% used a CSA (Community Supported Agriculture) model.

Those outside of agriculture are often confused when young people express a desire to farm. Josh Gerritson, a former New York City photographer who spoke with NPR, explains what motivated him to leave the city behind and pursue farming (in Maine) instead. “Living in the city, you commute by the subway, you buy food at the supermarket, you work in a cubicle all day. You’re not intimately tied to anything,” he reflects. Farming, he says, is his way of finding connection.

Similarly, Kate McNellis, a former New York City-based fashion designer who once churned out designs for the likes of Victoria’s Secret, Ann Taylor, and Kohl’s, says she ditched her six-figure-a-year dream career for the farm life, and she doesn’t regret it. The 36-year-old says that she still loved the creative aspects of her job, but was frustrated by the corporate lifestyle “I felt just like a cog in the big wheel of the consumerist mentality,” she told USA Today. “Now I’m outside every day, into the dirt.”

Where the young farmers are (and where they’re not)

According to the 2012 Census, in certain states, the number of new, young farmers is growing, and rapidly. For instance, Northeastern states of Maine, Vermont, Connecticut, and Rhode Island are drawing more young farmers than most other states across the country, though the National Sustainable Agriculture Coalition notes that Western states like Nevada, New Mexico, Nebraska, Utah, and Alaska also saw increases. Vermont and Maine, unsurprisingly are also tops when it comes to the greatest number of farmers’ markets and CSAs per capita, according to the Locavore Index.

Perhaps the Northeast’s appeal shouldn’t come as a surprise, however, considering that many New England states saw an uptick in young farmers the last time farming came into fashion, during the 1970s “back-to-the-land” movement. The report notes that “New England is one region that although it has a relatively small farming population, has been successful in growing new farmers over the past ten years.”

Texas, the report notes is an exception, in that it has both “one of the oldest farming populations” in the country, but also boasts “the greatest number of beginning farmers compared to other states.”

Similarly, Nebraska, which saw the largest increase in the new farmer population among the country’s Western states, has a long agricultural history paired with a plethora of support services and resources that help new, young farmers who are just getting started.

The Census data indicates that the nation’s Southern states saw the largest decrease in the new farmer population, with Tennessee, Georgia, Arkansas, Mississippi, and Alabama experiencing the most severe declines nationwide.

The report also notes that there are pockets of the country where the average age of the local farmer is much younger, such as in the counties surrounding New York City, Boston, and Ithaca, NY, which have some of the youngest farmers in the nation. The average in these areas is sometimes as low as 37.4 years. The report notes that younger farmers are probably settling in urban and peri-urban areas in order to take advantage of having more direct access to local markets within the city limits, and urban farms have continued to grow in popularity. 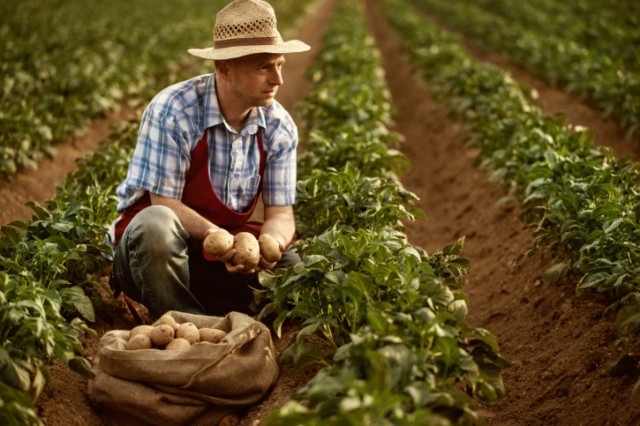 What’s standing in their way?

“Land prices are so high that large farms are getting larger and non-ag investors are pushing values higher,” an NYFC survey respondent from Kansas notes. “This makes purchasing land nearly impossible as it will not pay for itself.” The report adds that prospective beginning farmers are “faced with farmland that is priced many times beyond what they can afford” along with “daunting start-up costs, and few leaders willing to take the risk.”

Additionally, respondents cited lack of health care and the inability to survive solely on an on-farm income as secondary challenges to farming, along with a lack of education and training, and a lack of business planning and marketing skills, since many farmers are attracted to the work of farming, rather than the prospect of running a business.

But not all areas of the country are failing young farmers; a common thread amongst the states attracting the most young new farmers is a commitment to supporting and educating the next generation of growers, particularly when it comes to access to land and capital.

The USDA is beginning to take a hint, as well. The 2008 Farm Bill established the Beginning Farmers and Ranchers Development Program, allocating $75 million for the years 2009-2012, and the 2014 Farm Bill provided an additional $100 million in funding to the program. Great news for groups like NYFC who have been urging lawmakers to support programs that aid young farmers for years.

There’s still a lot of work to do, of course. Among a number of policy recommendations, the NYFC report advocates reforming the Farm Service Agency’s lending program, allowing for more micro-loans for small farmers, who often can’t get the capital they need because the FSA currently caters to agribusinesses seeking larger loans. The NYFC also proposes a student loan forgiveness program for those who commit to agriculture, noting that many young farmers must repeatedly make the difficult decision of investing in fuel and equipment or paying their student loans.

The NYFC notes that encouraging such programs and supporting young farmers is crucial to the long-term economic health of rural communities, noting that “in agricultural areas, fewer farmers may mean a further consolidation of farmland” and “the decline of communities and their economies.”