Which Is Better: Affordable Care Act or Sequester? 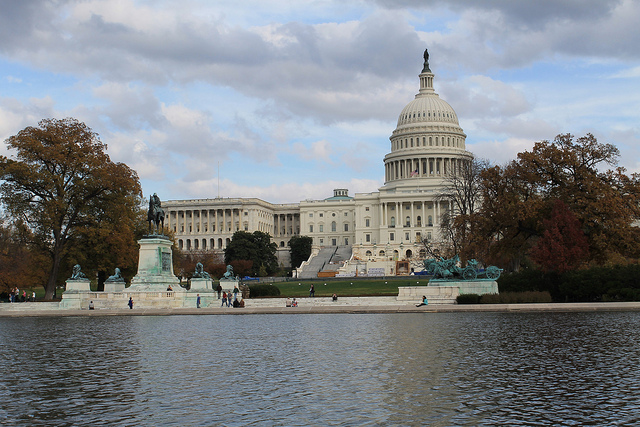 With Republicans and Democrats constantly at odds and fighting for credit, it only makes sense to pit the sequester and the Affordable Care Act against each other and see which wins out in terms of savings — and that’s just what the Washington Post has done in investigating the validity of a recent claim.

“If you look at the biggest thing that is cutting our deficit over the medium and long run, it’s actually the Affordable Care Act, which is, you know, by bringing down the cost of health care, that doesn’t just help our economy, it helps bring our deficit down,” said Jason Furman, the chair of the White House Council of Economics.

The Washington Post, in turn, noted MSNBC’s Chris Jansing’s alternate theory, that the sequester has been fantastic for debt and that credit belongs to Republicans regarding debt decreases, and then delves into the nonpartisan Congressional Budget Office report on the sequester — noting that it is a 10 year reduction in discretionary spending, and that its positive effects will begin to be seen in 2014. When it does hit, approximately $42 billion in deficit reductions can be expected.

On the other hand, CBO reports that the Affordable Care Act will reduce debt by $41 billion this year — making each ring in at about 10 percent of the deficit decrease. However, there are going to be changes over time in how the health care legislation effects finances while the sequester will simply reduce the deficit by $100 billion — 0.5 percent of the gross domestic product — over the course of a year.

The Affordable Care Act will add to the deficit for the first few years, making the total reduction only $7 billion for the first five years. Then, the deficit reduction of the ACA should increase to match 0.5 percent of the GDP between 2023 and 2032 — according to a letter from the CBO to House of Representatives Speaker John A. Boehner (R-Ohio).

That said, these things are always more complicated than just a simple comparison of numbers — and while the Washington Post reports a potential higher reduction rate in the long run, it’s not clear if certain aspects of the law — for example, reductions to Medicare providers — would continue at the same rater after the first few years.

“In contrast, the Congressional Budget Office estimated that the Affordable Care Act would have significant long-run deficit reduction and thus over the medium — and long-run makes a much more important contribution to addressing our fiscal challenge while contributing to lower health cost growth,” he said. While the Washington Post admits it lacks a crystal ball, and nothing is certain, they’d back up Furman as correct.

Don’t Miss: Why Bank of America Thinks the DOJ Lawsuits Are Baseless.