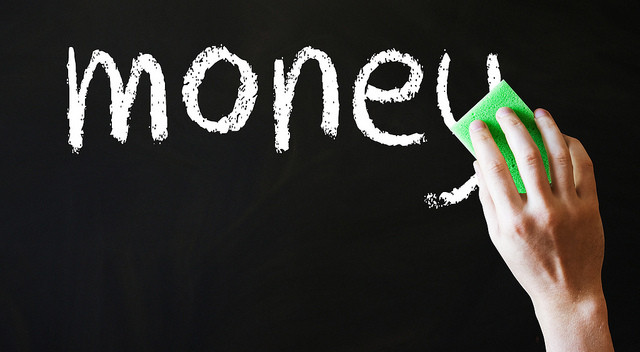 Gene Sperling, director of the White House’s National Economic Council spoke to a group of Democratic business members — but much like an inkblot, what his words mean is up for interpretation. According to Bloomberg Businessweek‘s Joshua Green, Sperling was basically telling his audience that “We’re going to have to accept entitlement cuts — get used to it,’” with “the weakness of the economic recovery” as “justification.”

Green qouted Sperling’s speech, “We could have an economic growth strategy where we had a more pro-jobs pro-recover fiscal policy right now that included — that did not have this harmful sequester.

“We could have more savings that were on both the revenue and entitlement side that were long-term and would help in the future. And we could make sure that we’re making room for the things that almost everybody things we need to do more of,” and noted that his wording was important. Green also believes the white house is largely looking for a deal that is more “pro-growth” over simply hitting “a particular metric in new tax revenue.”

Green also shared an email he received regarding his theories from Amy Brundage, a White House spokeswoman. “Gene [Sperling] was reiterating what our position has been all along: that any big budget deal is going to have to include significant revenues if Republicans insist on entitlement reforms. And any budget deal needs to have first and foremost the goal of creating good jobs for middle class families and growing the economy — that’s our north star in any budget deal, big or small,” read the email.

Ezra Klein, of The Washington Post, found that email to be the most interesting and indicative tidbit. For him, the key words were “big deal,” which he believes indicates the budget deal will not include “significant revenues” in exchange for “entitlement reforms,” because as Klein says, “everyone agrees that the next budget deal won’t be big. It will be small, or, at best, medium-sized.”