Who is Janoris Jenkins? 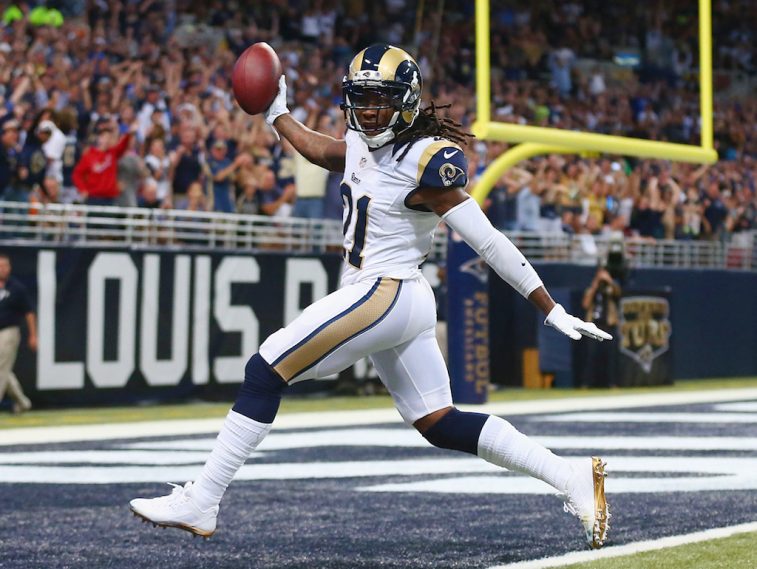 Football player Janoris Jenkins made headlines after a dead body was discovered at his Fairlawn, New Jersey home. But who is exactly is the young athlete who has been suddenly thrust into the media spotlight?

Here’s what we know about Janoris Jenkins’ life, net worth, career and relationships.

Janoris Jenkins is currently a cornerback for the New York Giants. Before his professional football career took off, he played high school football for Pahokee High School. He then went on to play college football at the University of North Alabama and University of Florida. In 2012 he was drafted by the St. Louis Rams.

Jenkins’ skills on the field were so impressive that he earned an athletic scholarship from the University of Florida. He didn’t disappoint and later made College Football News and Sporting News′ lists of Freshman All-American teams. In an unfortunate turn of events, Jenkins was forced to leave the team in 2011 because of marijuana possession charges. During his senior year he transferred to the University of North Alabama and began playing for the North Alabama Lions football team.

In 2012, Jenkins was the St. Louis Rams’ second round pick. He has been playing football with the Giants since 2016, following his selection to the Pro Bowl. Jenkins also has another career as a rapper. He goes by the name Rabbit.

His relationship and family

Jenkins is the father of five children. He has followed in the footsteps of other celebrities when it comes to names. All of his children (except for two) share Jenkins’ first initial. Their names are Janoris Jr., Janorian, Journey, Legend, and Paris. Although many families would be overwhelmed by having so many children, Jenkins told the New York Post in 2016 he didn’t feel like it was a problem. Rather, he told the newspaper it was a blessing:

Jenkins received a lot of unwanted attention after a worker discovered a dead body in the basement of his home. An investigation into the death of a family friend was conducted soon after. The family friend was later identified as 25-year-old Roosevelt Rene, according to the Associated Press. Rene produced music under the name Trypps Beatz.