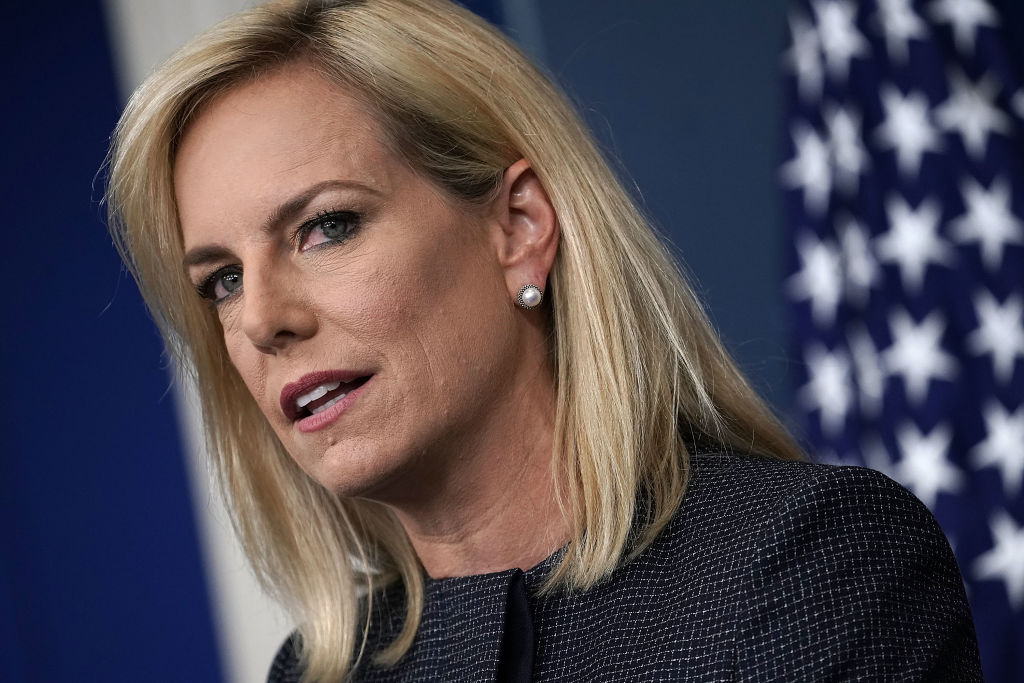 Donald Trump has signed an executive order officially ending the policy of separating undocumented migrant parents from their children at the U.S. border. But before the announcement, the country was sharply divided over the Trump administration‘s policy of separating families. Many felt it was unconscionable, but others felt it was warranted to get the immigration issue in hand. Kristjen Nielsen, the Secretary of Homeland Security, was one of the latter.

Who is Kristjen Nielsen and why did she support the policy? Find out now.

Kristjen Nielsen is an American attorney and national security expert who is currently serving as the United States Secretary of Homeland Security. Previously, she served as the principal deputy White House chief of staff to Donald Trump and chief of staff to John F. Kelly when he was Secretary of Homeland Security. The Senate confirmed her appointment on December 5, 2017, and she was sworn in the following day.

Nielsen defended President Trump’s zero-tolerance immigration policy, according to CNN. U.S. Attorney General Jeff Sessions directed U.S. attorneys “to adopt a policy to prosecute all” such violations “to the extent practicable.” Since Sessions issued the directive in April 2018, nearly 2,000 children have been separated from their families. And Nielsen supports the policy.

“We have to do our job. We will not apologize for doing our job. We have sworn to do this job,” said Nielsen. She tweeted that her department does “not have a policy of separating families at the border. Period.” That statement, however, seemed to contradict not only the policy but other Trump officials who had talked about it.

She also encouraged immigrants to seek asylum through the appropriate legal channels. “If you are seeking asylum, go to a port of entry,” Nielsen said.

According to Business Insider, several lawmakers have called on Nielsen to resign. California Senator Kamala Harris led the movement when she tweeted a petition for Nielsen to resign over her role in the immigration policy.

Nielsen isn’t the only one who supported  Trump’s immigration policy. Naturally, Jeff Sessions was also busy defending it.

“We do not want to separate children from their parents. We do not want adults to bring children into this country unlawfully, placing them at risk,” Sessions said. “We cannot and will not encourage people to bring their children by giving them blanket immunity from our laws.” Sessions also explained that “our policies that can result in short-term separation of families is not unusual or unjustified.”

White House immigration policy advisory Stephen Miller, agreed. “It was a simple decision by the administration to have a zero tolerance policy for illegal entry, period. The message is that no one is exempt from immigration law,” said Miller.

And, of course, Donald Trump echoed the remarks from the White House. First, he blamed the Democrats for the policy itself, then vowed that “the United States will not be a migrant camp … not on my watch.” It looks like once again, Camp Trump is in for a wild ride.