Who Is Watching Oil Pipeline Safety in the United States? 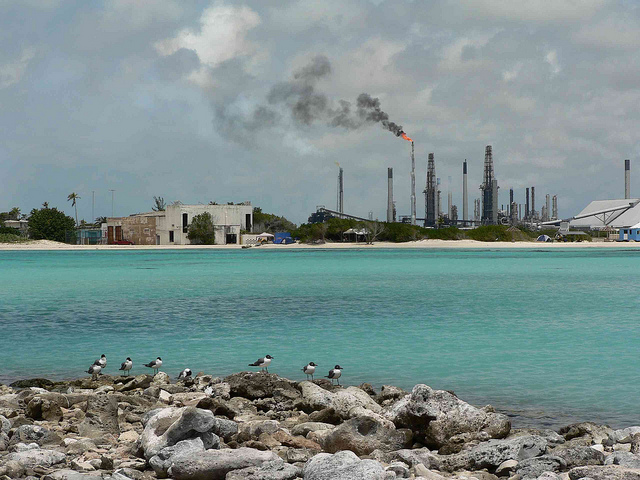 North Dakota’s governor said he was frustrated with the way in which federal regulators were monitoring pipeline safety. An oil spill in the west of the state went unnoticed until a farmer discovered it in his field last month. Regulators, the governor said, don’t monitor rural areas the same way they do elsewhere. On Capitol Hill, meanwhile, supporters of a controversial pipeline bill say more infrastructure is needed and fast in order to keep up with the oil boom underway in the central United States. That measure, however, does little to allay the safety concerns about the spiderweb of oil and natural gas pipelines already in place across the country.

“[The federal] Pipeline and Hazardous Materials Safety Administration requires the use of enhanced pipeline monitoring and control technology in locations considered ‘high consequence areas’ such as cities and near drinking water supplies,” North Dakota Gov. Jack Dalrymple said. “Rural areas don’t necessarily get the same level of oversight from PHMSA and that is concerning.”

Tesoro Logistics reported a 20,000-barrel release from an oil pipeline in a rural field northeast of Tioga, North Dakota, on October 10. The spill, however, likely occurred a few weeks earlier, but it went unreported until landowner Steve Jensen noticed it on his farm. The government in North Dakota said the section of the Tesoro pipeline wasn’t required to have a leak monitoring or pressure sensor system in place.

The rupture of Enbridge Energy Partners’s giant Lakehead pipeline system in Michigan in 2010, one of the largest and costliest onshore incidents of its kind in U.S. history, prompted the PHMSA to call for a review of pipeline safety legislation. The PHMSA, however, hasn’t gotten around to the new rules yet. Regardless, Dalrymple said he wanted to see state and PHMSA officials back in his office to discuss ways to enhance monitoring and control systems for pipelines in his state.

The North Dakota Industrial Commission, a division within the Department of Mineral Resources, said oil production in the state hit an all-time high in August, with 911,242 barrels per day. Michigan’s own Rep. Fred Upton, chairman of the House Energy and Commerce Committee, said production gains like this mean it’s time to build more oil and gas pipelines to keep up with “this growing energy abundance.” He’s sponsored the bipartisan North American Energy Infrastructure Act, which aims to cut down on the time it takes to get a pipeline approved.

“These projects, and the jobs and economic growth they will help generate, can get delayed for years on end,” he said.

No representatives from North Dakota, the PHMSA or even Enbridge testified before the House hearing on the legislation. Kevin Wolf, assistant secretary of commerce for export administration, said in written testimony that the measure’s call for a 120-day time limit for pipeline review was a “significant change” from existing policy that would do away with some of environmental assessments required for new pipeline developments. Rep. Ed Whitfield, R-Ky., said, however, the proposed legislation would “modernize and reform” the rules to match the changing energy landscape in the United States.

While pipeline capacity is short of what’s needed to keep pace with oil production in the United States, the regulatory agencies to monitor safety aren’t up to snuff. Lawmakers on Capitol Hill say more infrastructure is needed to capitalize on production gains, but without oversight on the existing networks, the entire debate may be all for naught.

Don’t Miss: Can Oil Companies Spend Their Way Out of Industry Headwinds?