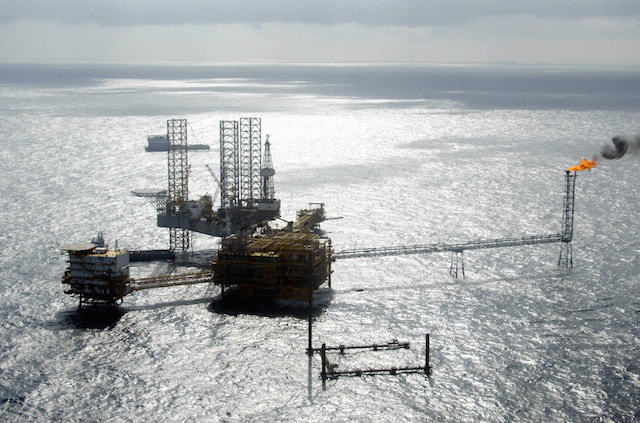 On Tuesday the price of oil fell to its lowest level in several months at below $95 per barrel. The fact that we are seeing so much production in the United States — thanks to hydraulic fracturing – means that supply is increasing, while it is not being absorbed by demand.

With this in mind, investors should look to position themselves accordingly. But virtually every business and consumer — except, of course, for oil producers – benefit from falling oil prices. So the simple approach would simply be to buy the entire stock market through an index fund. But things aren’t so simple. First, the fact that we aren’t seeing an increase in demand could be indicative of economic weakness.

This wouldn’t be the first sign. Despite the fact that the second-quarter GDP figures were strong, the economic data have largely been mixed over the past few months. Second, there are going to be companies that benefit far more than others in a lower oil price environment, and if you think that oil prices are going to remain “low” — I use the term loosely, because $94 per barrel is historically not low – these are the companies that can see the biggest gains as their profit margins expand.

While there are many companies in this situation, I have identified two sectors that are going to benefit more than the broader stock market.

Transport companies use a lot of oil, and as the oil price falls, these savings fall directly to their bottom lines. Even if a falling oil price is indicative of weak demand for shipping services, there are going to be companies within the space that won’t suffer as much.

Look at some of the rail transport companies. For instance, Union Pacific is growing its revenues steadily at a rate far faster than the economy, and it ships a lot of goods that aren’t economically sensitive, such as agricultural commodities. Also, it ships a lot of the oil that is being produced that is in part responsible for the falling price, and so ironically it will be a beneficiary.

On the other hand, I would avoid companies such as UPS and FedEx. Not only have they performed well (this is especially true of FedEx), but they are going to see the biggest drop-off in revenues in the event of a weaker economy.

So investors are encouraged to consider some of the low-end retailers. At this point, I would avoid the dollar stores simply because there is a lot of drama going on with Dollar Tree and Dollar General’s bidding war for Family Dollar. While there is certainly opportunity here, it is not a result of the current investment thesis that I’m putting forth.

I think the direct winners will be companies like Wal-Mart and Target. Wal-Mart has been weak lately despite its long history of generating shareholder value and its consistent dividend increases. Warren Buffett has been buying shares, and I think it makes sense to follow him into the stock. Target has had its own issues with its security breach last December, and as a result, we have seen a bear market in this stock.

But Target, like Wal-Mart, has a long history of generating profits and increasing its dividends even in a weak economic environment. Furthermore, Target stock has formed a double bottom at around the $55 per share level, and it looks as if the bear market is over. Since Target has suffered from shrinking margins as of late, lower oil prices can be a driver for the shares in the coming months.