Why $5 Waters at the Airport Might Be Getting Cheaper

One of the “hidden” costs of air travel is the insane amounts of money needed to buy snacks, magazines, or full meals during layovers. Unless you have hours to kill to leave the airport, you’re stuck paying the prices the airport vendors set, and perhaps feel trapped, a little like Tom Hanks from The Terminal but hopefully without the passport issues.

A lawsuit filed in early March brought the issue of airport concession prices to the forefront when Kitson Stores, a boutique retailer based in Los Angeles, accused Hudson Group of exploiting customers for selling liters of water for $5. Hudson Group, the New Jersey-based owner of concession stands in numerous airports across the country, operates two Kitson stores inside the Los Angeles International Airport and allegedly refused to sell the bottled water for $2.55, the price Kitson deemed appropriate.

“Water is one of the most basic necessities for travelers and Hudson is taking advantage of the post-9/11 airport restrictions” by inflating water prices, Kitson attorney Steven Bledsoe told the Associated Press.

The “hugely” overblown water prices are the latest in a string of accusations flung between the two retailers, who have been bickering about their business operations and licensing arrangements at LAX, which attracts 70 million travelers per year. Kitson is trying to get out of a contract that allows Hudson to sell merchandise through its stores, and accused Hudson of rewrapping certain candy bars that had already expired.

The entire lawsuit over water prices could be chalked up to a corporate scuffle that hypes up a non-existent trend. But airport food often has the same connotations as stadium concessions, in that people with little choice to leave (without sacrificing airfare or event tickets) are forced to buy food and drinks at a higher rate than they can right down the street from the venue.

A trend against the marked price differences gained some momentum in the early 1990s, when Pittsburgh’s airport moved to a “street pricing” model in 1992 after complaints of price gouging. Pheonix’s Sky Harbor International Airport began moving toward the model in 1996, and in 2013 got a shout-out from travel website Jaunted for selling craft beer for just $4.50 a pint. 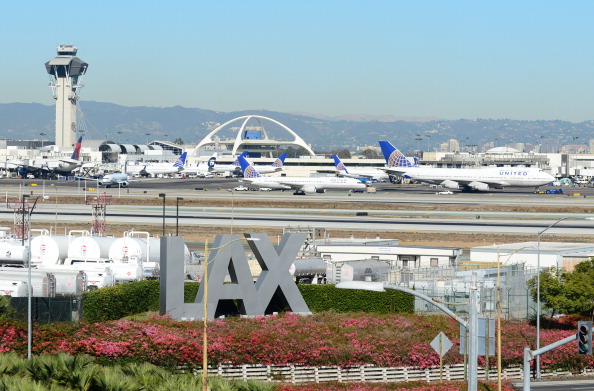 In 2013, a report from Airports Council International’s North America division showed that over 20 years, many airports changed to a “street pricing” method or “street pricing plus” plan, which typically adds about 10% to traditional prices. Of the almost 100 airports that took part in the survey (LAX included), ACI reported that 44% used street pricing, and 43% used street “plus” a certain percentage. Only four airports had no price comparison of any kind.

But despite that leveling of many costs, prices at airports are always in flux. The airport in Phoenix, though, mentioned previously for its current street pricing, is considering whether to allow its restaurants and vendors to raise their prices.

The aviation subcommittee within the Phoenix City Council is researching various pricing plans and talking with vendors about industry standards. “In airports we operate in, about 70% are street-plus pricing,” Stephen Douglas, vice president of HMSHost, told the subcommittee. That discussion is ongoing, with a follow-up report expected in April.

What should airport water cost?

To eliminate such high costs, some airports have started to do away with a “master concessionaire,” a single entity that controls all sales and vendors in the airport. By leasing to individual retailers instead, this results in often lower prices and greater overall sales, said Mark Knight, president of BAA USA, an airport retail developer. (And that’s because, well, capitalism still works that way.)

When Boston’s airport switched in 2000, Knight said, retail sales per passenger totaled about $6.20. That moved up to $12 in 2009, even with the lower prices. “You give them a fair price, they’ll reward you with much more business,” Knight told USA Today.

It’s not certain whether the water bottle lawsuit will yield any lower costs for consumers. Kitson itself probably doesn’t care much, either. “Kitson is known for selling pricey items in its high end boutiques,” Hudson attorney Timmons said in a statement. “Anyone who thinks that Kitson is really motivated here by an altruistic concern over how much consumers are paying for water at LAX has either never shopped at a Kitson store or is really naive.”

However, the issue does bring the problem of high airport prices to the forefront. And if a corporate quarrel means reasonable concession fares, it might be worth putting up with lawyers trading verbal punches.