Why a Control Freak Boss is a Bad Leader 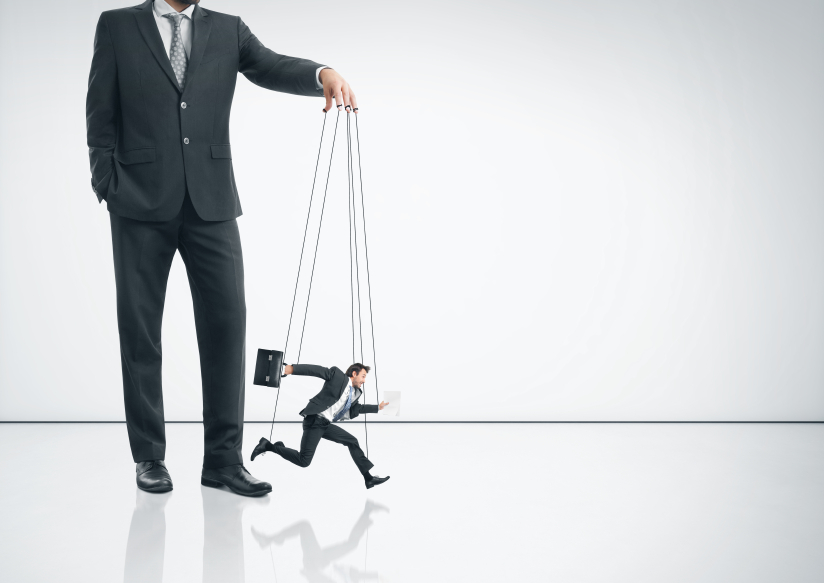 Your boss is looking over your shoulder so much, you feel a little like Blackbeard might have with a parrot persistently perched by your ear. Or, you’re expected to cc your boss on every email, and you can’t hold even the most minor of meetings without them being present.

Controlling bosses can take many forms, but research shows the outcome is the same: they’re ineffective at cultivating effective workplaces. You might already realize that you feel stifled or that office procedures are unnecessarily cumbersome, but having a domineering supervisor can cause much more damage below the surface, too.

It might be easy to spot these controlling tendencies in others, but as you move into larger management roles, it will be important to avoid them yourself. Otherwise, you run the risk of managing a team that doesn’t produce results to its full potential. Still have trouble loosening your grip on the reins? This is why it’s important to start.

Too much control harms productivity

Logically, you might think that having a boss check in on you every 30 minutes for a status report would inspire you to work faster and harder. By now, likely from experience, you probably also know that’s not the case. But why do controlling bosses bring productivity to a standstill, instead of encouraging more outcomes?

One of the main reasons is because a perceived (or real) lack of trust starts to break down business processes. “Workplaces lacking in trust often have a culture of ‘every employee for himself,’ in which people feel that they must be vigilant about protecting their interests,” writes Amy J.C. Cuddy, an associate professor of business administration at Harvard Business School, along with Matthew Kohut and John Neffinger, authors of Compelling People: The Hidden Qualities That Make Us Influential. As a result, employees are reluctant to help each other, and organizational resources diminish.

Constant control also causes individual’s productivity to break down, because our brains cross signals when we’re told what to do too often. The Fast Track uses an explanation from neuroscientist and author Dalton Kehoe about why this is the case. When we recognize that someone has a legitimate right to tell us what to do (like a boss), one part of our brain recognizes the directive requires our action. But another part of our brain, the mirror neuron system, kicks in an implies the other person’s dominance is actually a low-level threat. As a result, we want to get away from that person as quickly as possible.

“To feel engaged, our mirror neurons must mimic the emotions of connection and positive anticipation (optimism) while our manager is talking to us, rather than feelings of distance, aggressiveness or contempt,” author Alexandra Levit concludes. Otherwise, it’s a recipe for disaster.

How to deal with a controlling boss

You can try to have a calm, rational sit-down with your supervisor and explain how their actions and overbearing attitude are a hindrance to your work. But don’t necessarily expect that to work, Bernstein advises. “Even seasoned therapists have trouble convincing the control-obsessed that their behavior might be causing more problems than it’s solving,” he explains.

Instead, work to change the attitude through your own actions. When you’re working on a project, provide more information than you would necessarily need to. “Don’t wait for your boss to ask how things are going; instead, send a daily email with status reports and next steps,” Pozen suggests.

Bernstein explains why this tactic works. “Nothing allays a control freak’s fears like excess information,” he says. “Remind him that you are taking the project as seriously as he does.”

Though this will likely help in the long run, executing this tactic will take patience – and probably several successful projects – until your boss moves on to another less trustworthy employee. Keep to your word and your deadlines, though, and eventually your boss will find someone else to fuss over.

Do you recognize that you might be the controlling supervisor in question here? Stanford professor and author Robert Sutton suggests focusing your attention on a larger perspective, instead of the nitty-gritty details you feel an urge to control. Sutton calls this “Lasadora’s Law,” named for Los Angeles Dodgers manager Tommy Lasadora. “I believe that managing is like holding a dove in your hand. If you hold it too tightly, you’ll kill it, but if you hold it too loosely, you’ll lose it.