Why a Trusted Expert is Wrong About the Tech Boom 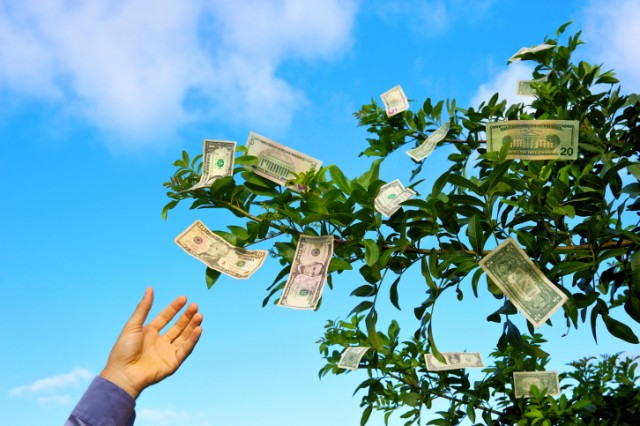 Is Silicon Valley poised for a boom or a bust?

The media has been rife with stories and speculation that the Silicon Valley ecosystem is overheating with signs that are reminiscent of the 1990s. Noted venture capitalists and well-known investors have also sounded off an alarm about unrealistic valuations for companies which barely creak out revenues.

Sam Altman is not one of them, however.

The 29-year-old president of arguably the world’s most prestigious tech incubator, Y Combinator, recently wrote a blog post and appeared on television to argue against the notion of a tech bubble in Silicon Valley.

To back up his thinking, Altman wagered $100,000 that the valuation of unicorns, or startups that are valued at one billion dollars or more, will double by 2020. Included in this list are a number of popular startups, such as Airbnb, Uber, and Snapchat. “There will be downward pressure on valuations as interest rates rise. But, I think it will be less than the upward pressure of phenomenal innovation and earning power of these businesses,” Altman wrote.

Altman is largely on his own in his opinion.

An increasing number of venture capitalists and investors have voiced concerns on startup valuations. Bill Gurley, a well-known and respected venture capitalist in Silicon Valley, recently predicted that a number of so-called unicorn valuations would come crashing down soon. Sequoia Capital’s Michael Moritz, who has led investments in marquee Silicon Valley companies such as Yahoo, Google, and Paypal, made similar predictions in an interview with the Times of London. Finally, Mark Cuban, who made millions during the last dotcom boom at the turn of the century, decried the lack of educated angel investors in Silicon Valley today.

So, what to make of Altman’s contrary take on the state of affairs in Silicon Valley?

It might be helpful to parse his post for proof. In his writing, Altman did not offer numbers. But he compares timeframes involved in describing the long and short durations of business cycles and the “arc of innovation.” As an example, he quotes a 2008 Sequoia presentation when the storied venture capital firm predicted the end of “good times” in tech industry investments. A couple of months later, Y Combinator funded Airbnb, and Uber was launched in San Francisco. Within a short span of less than seven years, both companies have been valued upwards of $10 billion in secondary markets.

Altman’s frame of reference is interesting and, to a certain extent, true. A long-term perspective is indeed necessary to evaluate startup valuations. It is similar to the difference between a sprint and a marathon. A short burst of speed is all that’s required to win a sprint, whereas a combination of sustained speed, stamina, and patience is required to finished a marathon. The parallel is even more pertinent when you consider that Silicon Valley startups aim for systemic disruptions. The companies included in the unicorn club are disrupting industries. This does not happen overnight. Hence, the companies should be the subject of long-term discussion rather than a short-term perspective. For example, Uber is dismantling the cab industry’s hegemony and Airbnb is doing something similar to the hotel industry.

The problem of too many similar startups

But it is also necessary to frame Altman’s argument against the Silicon Valley swagger of valuations. Investors there like to believe that startup valuations are a sum of business projections, cold numbers, and rational growth prospects. But the “phenomenal innovation” of startups requires that they operate in untapped markets and business models. Therefore, standard public market metrics for evaluating a company, such as customer sales, cannot be applied for revenue projections.

Besides, there is an inbuilt froth element tacked into outsized valuations. This element ensures returns (fantastic or, at the very least, safe) for investors, when the startup goes public or is sold to bigger companies.

Altman’s argument against a tech bust relies on cherry-picked superstar examples. The startups he bets on in his post have proven revenue models and established markets. The problem begins when you look beyond the names proposed by Altman.

Snapchat, a Venice-based startup that is wildly popular with teens, is the most famous example of a company with minimal revenue and massive valuation. The company recently introduced ads into its stream and seems to be attracting lucrative advertisers. But it already faces tough competition from established social media companies and messaging apps. As such, it faces significant forces against it and will have to work hard to fend off competitors.

Similarly, Tinder, a dating app, has already reached a valuation of $1 billion without generating a dime of revenue. Its parent company, IAC (which also owns another dating site called OKCupid), says once it starts to monetize the app it will generate $180 million in revenue in 2015.

The rapid rise in valuations of startups is also problematic.

There was a time when startup valuations was based on customer traction and sales. But times have changed. Startups that have been around for several years have seen their valuation metastasize in recent times. For example, Lynda.com, which has been around since 1995, had revenues of approximately $150 million and a valuation of $1 billion before being acquired by professional networking site LinkedIn. One can, of course, argue that this valuation was based on experience.

But what to make of startups such as Instacart, whose valuation quadrupled to $2 billion within six months? Market conditions did not change nor was there a surge in customers for the startup. Plus, the startup operates in an increasingly crowded space, which has seen the entry of more established players such as Google and Amazon.

There is also the example of history, which is replete with examples of a number of well-known startups, which had bright prospects and markets, but tanked due to execution problems. For example, Fisker Automotive, a green car company funded by well-known venture capitalists and government loans, was valued at $2.2 billion at one point but filed for bankruptcy less than two years later. Neither the promise of a growing market nor the copious amounts of funding raised by the company was enough to save the company.

In the CNBC interview explaining his post, Altman said that he was concerned about startups’ burn rates. Therein lies the rub. The burn rate is the rate at which cash is used up by startups before they become profitable. Startups raising cash at high valuations and high burn rates risk the danger of feeding into a frenzy of another tech bust. And, unicorn valuations or not, that might be a problem for Silicon Valley.