Why All Birth Control Pills Should Be OTC 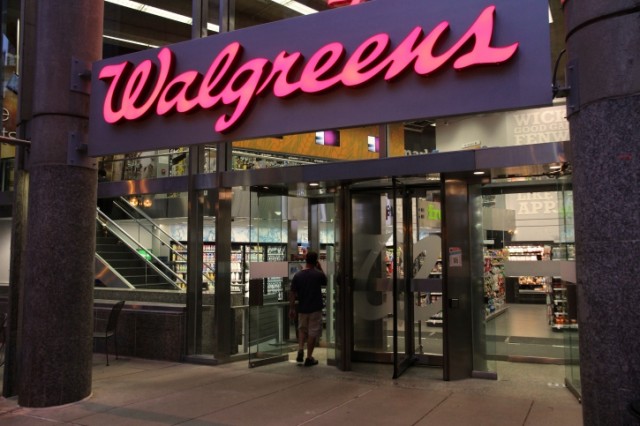 Patients have long asked why certain incredibly safe medications require the hassle of a prescription. When nicotine patches went OTC, use of these products nearly doubled according the CDC, and the same thing happened with Plan B One Step. In the last few years, birth control pills have garnered growing support for over-the-counter access. The Affordable Care Act (ACA) requires insurers to provide contraception at no cost, with exceptions, but a number of organizations say expanded access should be the next priority.

It’s no surprise that Planned Parenthood is solidly on board. Birth control pills are the most popular contraceptive choice among women, and women who take the pill are largely in support of OTC-status, of course, since it will only make it more convenient to obtain the medication and will save money on office visits. The OCsOTC Working Group, a large coalition of organizations supporting increased access to birth control pills, and Freethepill.org publish the latest updates on the cause.

Some doctors are against the OTC move, claiming women would stop coming in for annual pelvic exams, Pap smears, and STD testing. But baiting women with the pill in exchange for a yearly exam, which is now only recommended every three years, is unacceptable. Dr. Jeffrey Singer, a surgeon and adjunct scholar at the Cato Institute, described as it doctors extorting patients for a “permission slip” to get the same medication they’ve been prescribed for years.

Most physicians, however, are solidly in support of over-the-counter birth control pills. In December 2012, the American College of Obstetricians and Gynecologists (ACOG) officially recommended that birth control pills be converted to OTC status in America. Dr. Daniel Grossman called the recommendation a bold move, explaining, “It’s not very common where you hear a physician organization say, ‘We think there should be a change so that our patients don’t have to see us anymore.'”

It’s the drugmakers that stand to lose money if the OTC change happens, according to Singer, and unfortunately, they are the ones who must ask the FDA for OTC approval. And even if these companies move forward, it could be a long road to expanded access. It took three years of debate and political games before the emergency contraceptive Plan B was made available over the counter. A daily medication has yet to be approved for sale over the counter, so this may be an even bigger challenge.

According to Singer, OTC sales “would drive down the prices substantially,” due to competition, but drug companies want to protect the high prices they have in place. Pharmaceutical companies also benefit from maintaining the mysteriously crowded market full of what are often identical drugs with different brand names, or “me-too” drugs.

If birth control pills were made available over the counter, the cost savings to the general public, on the other hand, would be large and far-reaching.

Raising a child for 18 years costs parents about $245,000, according to the U.S. Department of Agriculture, and unintended pregnancies cost taxpayers an estimated 11 billion dollars annually in public insurance coverage. A 2015 study in the Contraception Journal found that OTC availability would significantly decrease the rate of unintended pregnancies:

“In a scenario assuming no out-of-pocket costs for the over-the-counter pill, an additional 11-21% of low-income women will use the pill, resulting in a 20-36% decrease in the number of women using no method or a method less effective than the pill, and a 7-25% decrease in the number of unintended pregnancies, depending on the level of use and any effect on contraceptive failure rates.”

Of course, these findings are contingent on the contraceptives being fully covered. Grossman has concerns about the possible costs to consumers, even if actual prices are driven down. He says although the ACA requires birth control coverage, there is danger that OTC products won’t be covered without a prescription by insurance companies. For example, emergency contraceptives, which are sold over-the-counter, are included in the ACA regulation, but some insurance plans require a prescription before providing that coverage.

Republicans have already tried their hand at appearing to show bipartisan support for the move to OTC status, while simultaneously attempting to completely remove the insurance coverage rule for contraception. But birth control advocates argue that more women need easy access to these drugs, and in most cases, that means low-income women. If the product isn’t sold at an accessible price for consumers, Grossman explained, “It’s going to replace a prescription barrier with a cost barrier.”

Even with all the political and economic complications that come into play, women looking for convenient access to oral contraceptives see the issue as a no-brainer. After all, if a woman forgets to refill her prescription or leaves her medication behind on vacation, shouldn’t she be able to simply walk into any pharmacy to obtain her preferred birth control method? With the huge number of countries offering OTC birth control pills all over the world, even experts are puzzled about why wealthier countries are restricting access.

Birth control advocates are hopeful that we’ll start seeing oral contraceptives on the shelf beside condoms in the next five years, with some predicting the progestin-only “minipill” will be the first to market, but the move will only be a true success if accompanied by low prices and full insurance coverage.