Why All the Fuss About Ted Cruz’s Goldman Sachs Health Insurance? 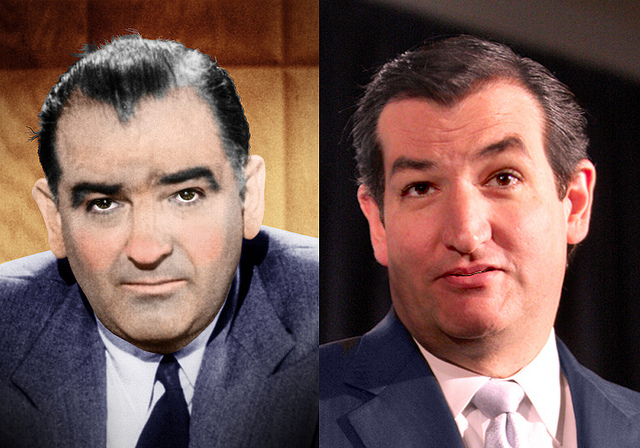 The notoriety Ted Cruz — the Republican senator from Texas — earned from his 21-hour speech before the Senate, in which he insisted that lawmakers were implementing the Affordable Care Act against the will of the American people, and from his commitment to a Scalia-like conservatism has thrown the lives of the lawmaker and his wife, Heidi Nelson Cruz, into sharp relief. The spotlight has been trained with particular intensity on Mrs. Cruz and her eight-year tenure in Goldman Sachs’s (NYSE:GS) investment management division. While she is no stranger to the world of politics, having worked in the U.S. trade representative’s office, in the Treasury Department, and on the National Security Council, Mrs. Cruz’s position as a managing director at Goldman Sachs makes her the type of person Tea Party supporters who extol Ted Cruz’s partisan fanaticism love to hate.

Take for example the issue of the financial crisis. Joining the Senate after the 2012 elections, Ted Cruz rode a wave of Tea Party enthusiasm that followed the 2008 meltdown, in which Goldman Sachs was a major player. Similarly, in the congressional battle over federal government spending and the United States debt, Mr. Cruz argued feverishly in favor of keeping debt in check even if it meant a default, and when the deal was signed he said it embodied “everything about the Washington establishment that frustrates the American people.” However, Goldman’s chief executive, Lloyd C. Blankfein, went to Washington D.C. to press lawmakers to make a deal to avoid the country from defaulting, an event that many economists said would be detrimental to the recovery of the U.S. economy.

But in reality, the perceived differences between Cruz and his wife have been drawn into the limelight only because Democrats see the opportunity to exploit a possible hypocrisy, and that hypocrisy is how the Cruz family gets their health insurance.

During the senator’s 21-hour speech at the end of September, a speech that welcomed in Washington’s political dysfunction, Senator Richard J. Durbin of Illinois — a Democrat — asked about his coverage. “Will the senator from Texas for the record tell us now — and those who watched this debate — whether he is protected and his family’s protected?” Durbin inquired, pushing Mr. Cruz to admit he was on his wife’s blue-chip Goldman Sachs-sponsored health plan.

That, Durbin implied, was hypocritical. When interviewed by The New York Times, Mrs. Cruz bluntly confirmed that Cruz’s insurance was not provided by the Federal Employees Health Benefits Program, FEHBP, that provides coverage for many federal employees. “Ted is on my health care plan,” Mrs. Cruz told the publication. Catherine Frazier, a spokeswoman for the senator, confirmed that the family received coverage from Goldman, and the firm said the policy was worth at least $20,000 per year. “The senator is on his wife’s plan, which comes at no cost to the taxpayer and reflects a personal decision about what works best for their family,” Frazier added.

The point the senator’s spokeswoman is trying to make is that FEHBP’s generous coverage is funded by taxpayer dollars. Ted Cruz is particularly outspoken against the American tax system; he has pushed for the implementation of an extremely regressive tax code, and he has argued that Obamacare and its tax “will damage the opportunity of Americans to choose the course of their own lives.”

In his opinion, it is not just the tax code that needs to be reformed but the American entitlement system as well. The problem is that Cruz’s coverage may not be as free of taxpayer dollars as his spokeswoman’s comment suggests. As Huffington Post pointed out: “As with any family on employer-sponsored coverage, Heidi Nelson Cruz’s health insurance essentially functions as untaxed income. Rather than pay her an additional $20,000 in salary, Goldman compensates her just as much through her health plan, which the Cruz family won’t have to pay taxes on.”

However, it can also be argued that the Democratic stance is also a bit hypocritical as Cruz is availing himself of one of the healthcare options made available by the Affordable Care Act — insurance provided by an employer.

The federal health insurance plan came under fire earlier this year precisely because it does not fall into line with the provisions of the health care reform law. When Congress first passed the health care reform three years ago, attached was an amendment requiring all lawmakers and their staff to purchase health care insurance via the online exchanges. This meant lawmakers would lose the generous coverage they were granted under the FEHBP — where the government subsidized as much as 75 percent of the premiums. It was written into the bill in the first place on the theory that if Congress was going to make Americans live under the provisions of Obamacare, those who authored it should as well. But because the language of the amendment contained no guidance on whether the federal contributions toward their health plans were allowed, Congress began to worry.

However, Office of Personnel Management, with President Barack Obama’s consent, ruled on August 7 that Congress members and staff would continue to receive the federal contribution to their health insurance costs.

Cruz made a similar point, if with a slightly different aim. “If Members of Congress and their staff, Federal employees, the President, and the executive branch employees all found themselves subject to the same exchanges, the same rules that hard-working Americans find themselves subject to and they would be really, really dismayed, that should motivate every one of us to say: Hey, I am a lot more worried about the single mom working in a diner than I am about the IRS tax agent making $125,000 a year who is dismayed about being subject to the same rules as that single mom,” Cruz said in his speech. “And if we wouldn’t be willing to make it apply to everyone, then it shouldn’t apply to anyone.”