Why Amazon Needs to Prove Itself to Investors 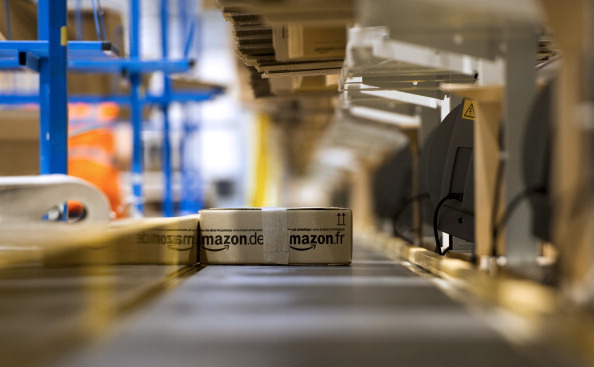 Amazon (NASDAQ:AMZN) released disappointing second-quarter earnings, highlighted by slowing growth, no profits, and an estimated loss in the third quarter as the company continues to spend all of its operating cash-flow on expanding its business. As a result, the shares fell about 10 percent in after-hours trading, and I expect the losses to continue.

For years now Amazon has been forfeiting profits in order to grow its business. It invests its money in warehouses, infrastructure, and technology, and as a result, the company is valued at $165 billion and generates $80 billion in revenues with virtually no profits. In fact, it is expecting to lose money in the next quarter.

Investors have justified owning Amazon, as the shares have risen relentlessly, by claiming that the company is solidifying its economic moat, and that in the future it will generate substantial profits that make investing in the company today akin to investing in a startup. And maybe this is true.

But as an investor, you need to realize two things. The first is that Amazon is a retailer, and retailers have an extremely difficult time digging economic moats because there is just so much competition. Despite the company’s brand recognition and its loyal customer base, I don’t think the company’s moat is very wide. It faces a lot of competition in spite of its standing in the industry, and its standing in the industry has not given it any pricing power.

The second is that quality investments generate cash flow, or in the case of young biotech or mining companies, they have clear plans to generate cash flow. Amazon doesn’t have such a plan. The company keeps growing and growing, but I am concerned that if it stops spending so much money on building its economic moat that it will lose its dominant role in the e-commerce space. Even if you question this concern there is no evidence to the contrary, and this continues to be a major risk to owning the shares.

Thus, the company’s second-quarter earnings data shouldn’t surprise anybody: It was more of the same. But now things seem to be getting worse. One thing that investors were able to cling to was Amazon’s strong revenue growth. This has made it appear superior to competitors such as eBay (NYSE:EBAY), which generates a lot of cash flow, but which grows at a slower pace.

But Amazon’s growth is decelerating, and unless it hits the high end of its third-quarter guidance, it is reaching a point where growth is less than 20 percent. With this in mind, it wouldn’t surprise me to see growth and momentum investors start to look for opportunities elsewhere, especially since the stock has been trending downward in 2014.

Given all of these points, I not only think that Amazon is a poor investment, but I think it is virtually un-investable. In order to change my mind the company needs to demonstrate that it can do what a quality investment is supposed to, which is to generate cash flow for shareholders. This is a simple principle, and investors have made excuses long enough, but if we don’t start to see this, we will begin to see investors give up on the name, especially if the broader stock market weakens.

But I doubt we will see this. Amazon’s management seems to believe that it needs to compete in virtually every mobile industry from mobile phones to streaming, all while it competes in the retail space, which is one of the most competitive in the world. While it is ambitious, and while a lot of people believe in it, I don’t think it is a wise bet to make, especially when there are quality companies that have wide economic moats and that generate cash flow and dividends for shareholders.

Disclosure: Ben Kramer-Miller has no position in Amazon or in any of the stocks mentioned in this article.