Why an Irish Hotel Charged a Woman $7.2 Million and Didn’t Even Give Her a Room

Social media influencer seems to be the millennial’s career of choice these days. And for the ones who do it right, they can make thousands of dollars for every post. Sure, the concept is intriguing but still a little bizarre. For nearly every business, social media platforms are a key marketing tool, particularly when choosing to collaborate with big-name influencers. However, the caveat is figuring out how much value a collaboration with a well-known influencer actually brings to a business and whether or not it’s really worth it.

When 22-year-old social media influencer Elle Darby approached one Dublin hotel owner for a collaboration in exchange for a free hotel stay, she didn’t receive the feedback she had anticipated. In fact, she gained a lot of unexpected attention. So, here’s how and why Ms. Darby was hit with a $7.4 million hotel bill, and she never even got a room.

1. Ms. Darby wanted a free room in exchange for a positive hotel review 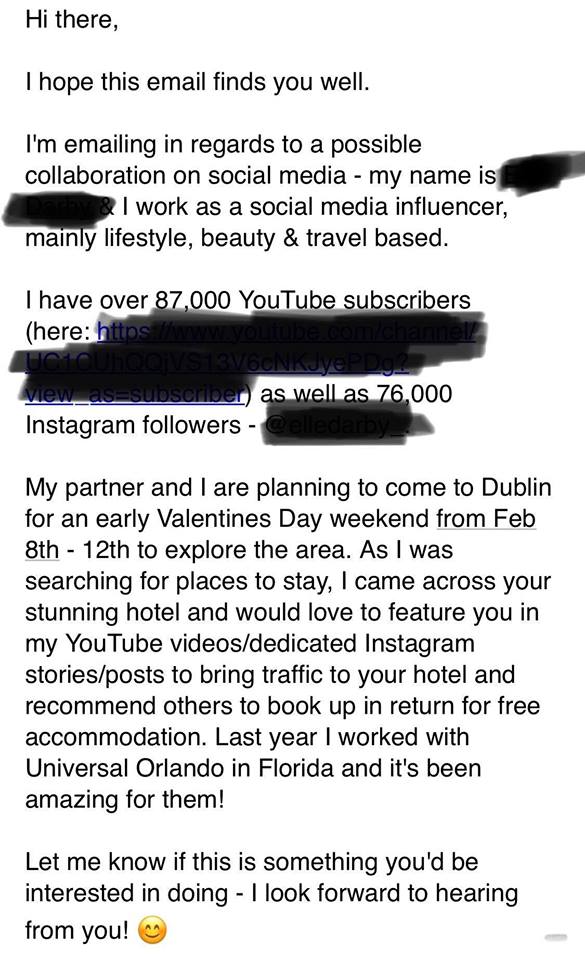 It wasn’t exactly personalized. | The White Moose Café via Facebook

Darby’s generic email inquiry sent to Dublin’s Charlesville Lodge Hotel owner Paul Stenson regarding a free room in exchange for a hotel stay didn’t go over well. One standout part of the email was the lack of officially addressing the owner by his name or even the hotel for that matter. Instead, Darby’s message was addressed to “Hi there.” For Stenson, this was the first strike against Darby.

Next: How many followers do you have?

2. She believed her review would increase the hotel’s traffic and recognition 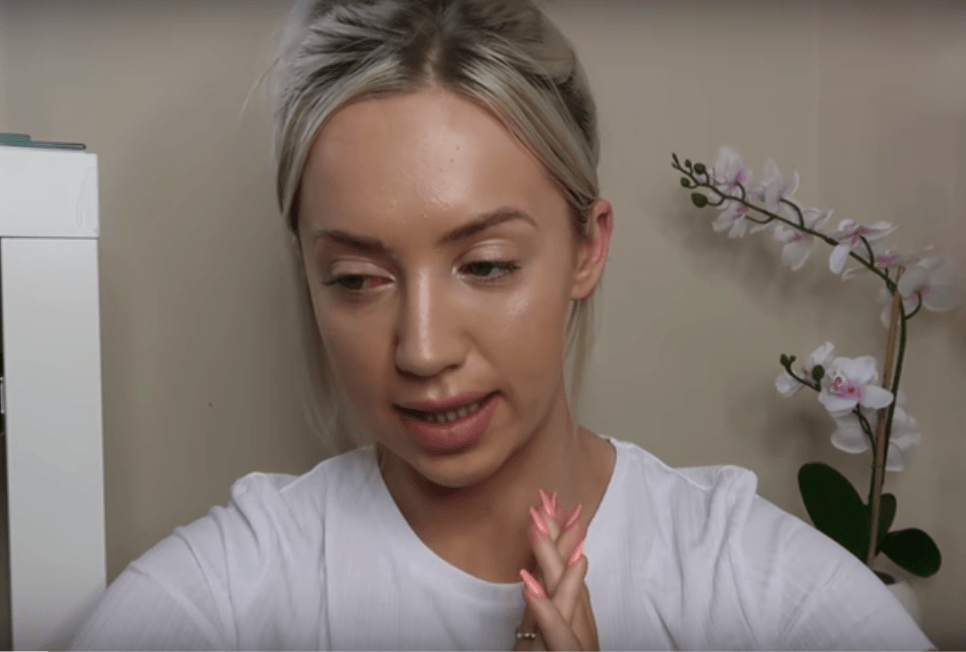 Her business offer was considered lofty and presumptuous. | Elle Darby via Youtube

Let’s face it. Elle Darby is big business. She assumed that her 92,000 Instagram followers and nearly 100,000 Youtube subscribers can provide serious value and revenue to businesses around the world. Stenson, on the other hand, found her offering to be lofty and presumptuous.

Next: Would Universal offer you a free trip to Orlando?

3. Because apparently, that’s what happened to Universal Orlando in Florida 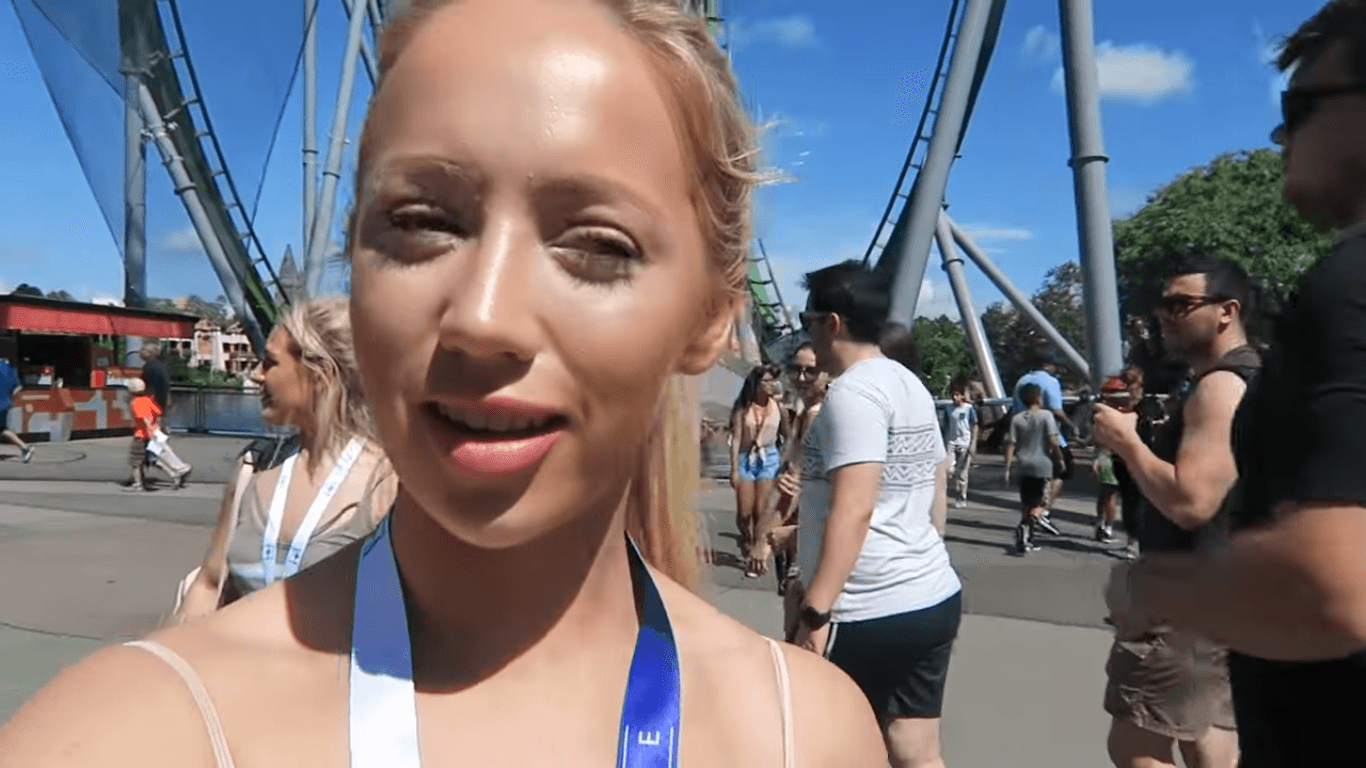 She did get in with a big name company. | Elle Darby via Youtube

You see, the year prior to Darby’s email to Stenson, she landed a trip to Universal. According to Darby, her posts, videos, and reviews of Universal Orlando in Florida has worked wonders for the resort. Can you imagine where Universal Orlando would be without Darby’s seal of approval?

Next: This cafe and hotel owner had already banned vegans.

4. Owner of the hotel Paul Stenson wasn’t having it 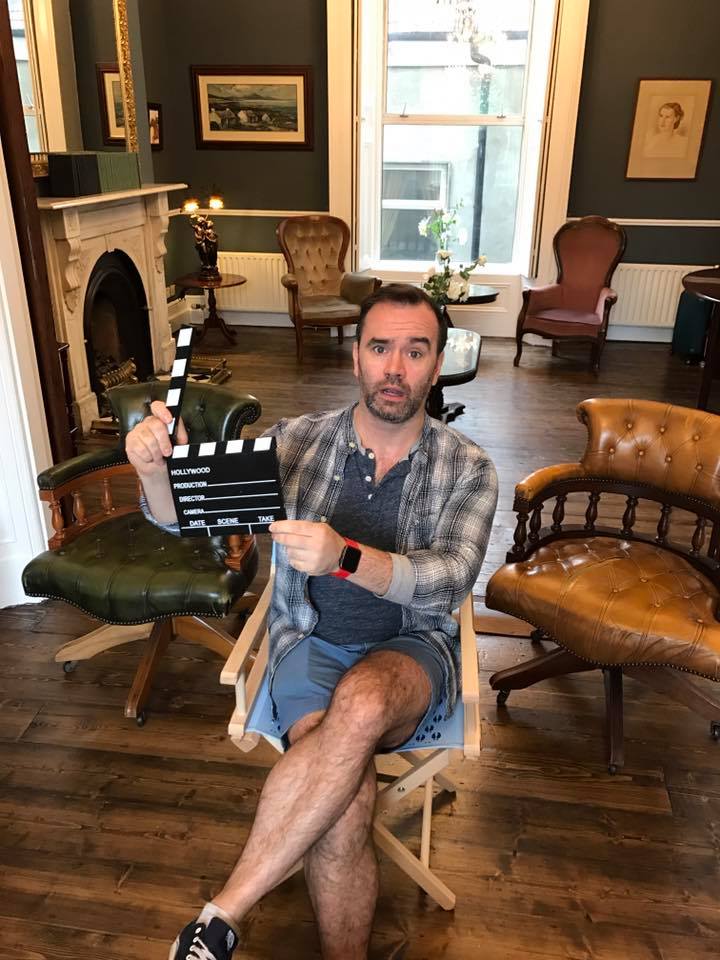 He was not a fan of the email. | The White Moose Café via Facebook

Plain and simple, Stenson wasn’t having it. Not only did he find Darby’s email to be wildly inappropriate and ballsy, but he believed that she lacked “self-respect and dignity.” You see, Stenson has already banned vegans from his White Moose Cafe. He apparently does not have the tolerance for such needs. Besides believing that Darby’s review wouldn’t offer any marketing value to his establishment, Stenson made it clear that he isn’t in the business of offering handouts.

Next: The private email made public

5. Stenson posted the exchange on the hotel’s Facebook page

He definitely has a particular sense of humor. | The White Moose Café via Facebook

It’s fair to say Stenson has a bit of dry and raw sense of humor. While his initial response to Darby’s inquiry was jolting for the influencer, it was certainly just the beginning. He posted the email exchange on the hotel and cafe’s Facebook page, and needless to say, it caught a lot of attention.

6. And the exchange went hilariously viral 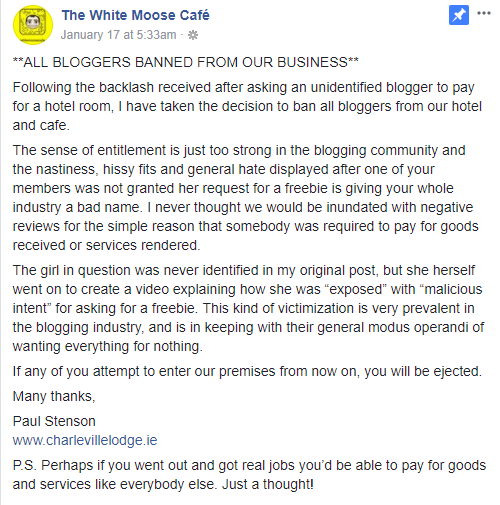 By a lot of attention, I mean the exchange went viral. And it wasn’t just in Dublin, the post was reshared on a global level. Stenson didn’t stop there. Since Stenson received a heavy amount of negative reactions from bloggers, he decided to ban all bloggers from his hotel.

Next: How valuable is social media exposure worth these days?

7. The exposure Stenson gave Darby was worth a lot of money. Like $7.2 million worth 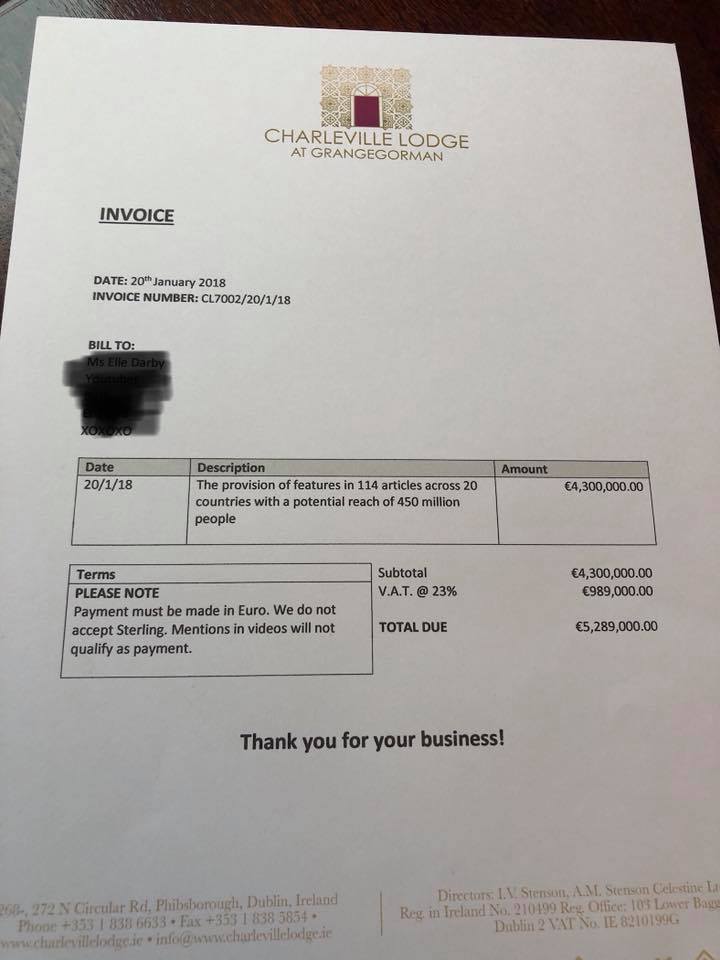 He kept his little joke going. | The White Moose Café via Facebook

Here’s where this saga gets even more hilarious. Due to the amount of publicity and exposure Darby received from the back and forth banter, Stenson felt the public display added a lot of value to her platforms. The estimated value for “the provision of features in 114 articles across 20 countries with a potential reach of 450 million people” equaled somewhere around $7.2 million. So Stenson invoiced her.

Next: Stenson got his message across 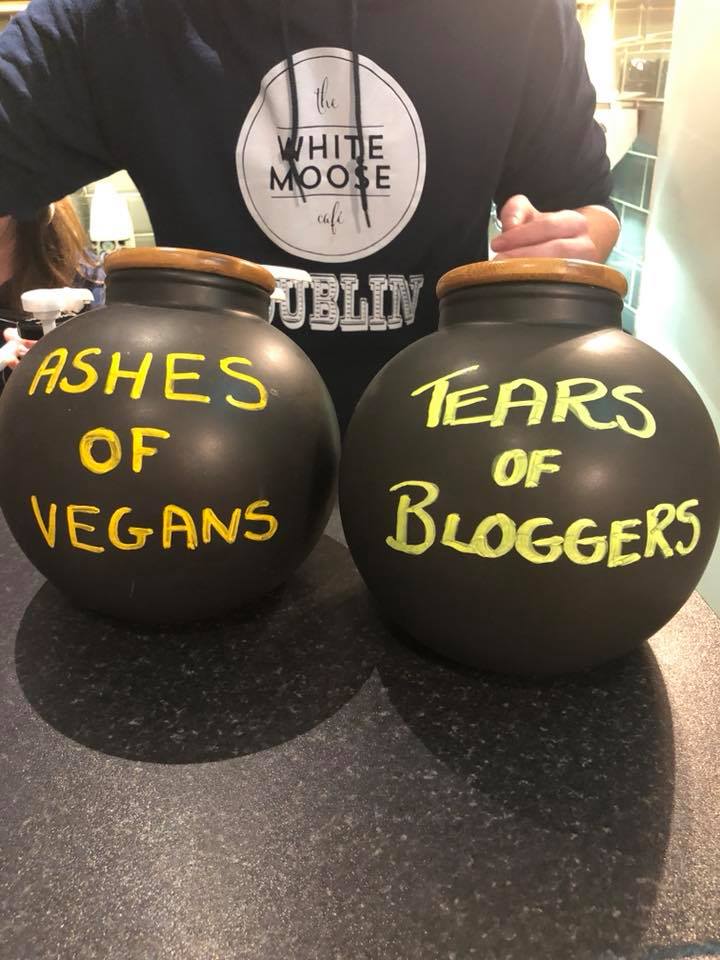 The influencer community was not happy. | The White Moose Café via Facebook

The heartbreak of millennial social media influencers rippled around the globe, folks. Darby expressed that Stenson’s behavior and “bullying” was preventing “the younger generation from doing what they enjoy.” Stenson responded, “This kind of victimization is very prevalent in the blogging industry, and is in keeping with their general modus operandi of wanting everything for nothing.” Touche.