Why Are JPMorgan and Bank of America Recommending Russian Stocks? 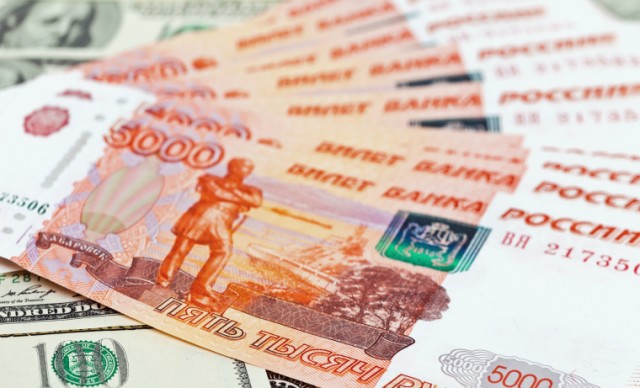 As of Thursday, the Russian MICEX was up 21 percent  from a low of 1,183 points that it touched on March 14. Stocks tanked in March after it became obvious that Russia was moving to gain control over Crimea. Threats of sanctions from the West (namely from the U.S.) and rising political tensions put Russian stocks out of favor.

But last week, Russia and Ukraine entered discussions to talk about a possible ceasefire in the region. On Friday, Ukrainian President Petro Poroshenko will unveil a 14-point peace plan in east Ukraine that includes a unilateral ceasefire, peace talks, and amnesty for rebels who lay down arms, protection of the Russian language, and more autonomy in the region, according to BBC reports.

Talks of disarmament and negotiations between Ukraine and Russia have temporarily staved off fears related to sanctions among investors. On Thursday, the ruble-denominated MICEX index hit its highest level since mid-March at 1,504 points at just after midday in Moscow, while the dollar-denominated RTS index reached a five-month high at 1,383 points. JPMorgan Chase (NYSE:JPM) and Bank of America (NYSE:BAC) are now both recommending that investors buy stocks in Russian companies.

In order to put economic pressure on Russia to stop the conflict, the U.S. placed sanctions and froze assets of seven Russian individuals and 17 related companies and prohibited business transactions with them in late April.  Russia in return had threatened to play the sanction game with U.S. and European companies operating in Russia, especially oil companies.

“I consider these not necessary,” Russian President Vladimir Putin said at a Supreme Eurasian Economic Council summit in Minsk on April 30. “But if something like this continues, then of course we will have to consider who’s working and how in the Russian Federation, in the key sectors of the Russian economy, including energy.”

According to Bloomberg, Russian stocks have now started to move in tandem with oil prices as the intensity of the Ukrainian conflict diminishes, with the correlation coefficient as high as 0.5. A coefficient of 1 means the securities are moving in tandem.

Russian stocks have performed particularly well, as the Federal Reserve maintained that it would keep the federal funds rate near zero for some time to come. Low interest rates mean lower yield for investors, who may now be looking to hunt for higher yields in emerging market assets like Russia.

“The two key catalysts are the fading of the Ukraine crisis and the shift in positioning,” David Aserkoff and Christian Kern, JPMorgan analysts, were quoted by Bloomberg as saying earlier this week. “Global emerging-market funds are underweight for the first time since 2009. The emerging-market value trade seems to be working, which should benefit Russia.”

Bank of America has had a buy rating for Russian stocks since September, and Deutsche Bank AG anticipated a rebound six weeks back, data compiled by Bloomberg showed.